Why was Anakin allowed to wear black robes?

Within the Jedi Order, it seemed to be that the brown robe over the lighter coloured tunic, pants and belt was more uniform than merely a customary wardrobe for Jedi Knights and Jedi Masters. I can't recall any other Jedi who wore any kind of variation from this outfit (I can only think of the Jocasta Nu who was the librarian in Episode II in the Jedi Archives, but she was at that time a Jedi Knight of some standing).

And then there was Anakin in Episode III, in his black robe and tunic, looking very different from any other Jedi. I realise that he was a big war hero, but he wasn't even a Jedi Master so it seems unlikely that his choice of attire would be welcomed by the Jedi Council.

So my question is this: Why was Anakin Skywalker, as a mere Jedi Knight, allowed to wear his black robes instead of the typical Jedi brown?

You do see a lot of brown robes in the Jedi Order, but there are several exceptions that no one seems bothered about. It seems like Anakin was just another exception that everyone was okay with.

The padawan Ahsoka Tano did not wear "typical" Jedi robes: 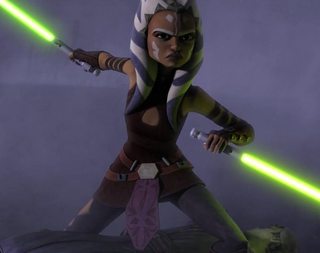 Neither did the Jedi Master Luminara Unduli and her padawan Barriss Offee: 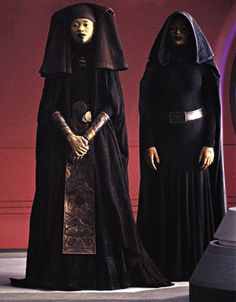 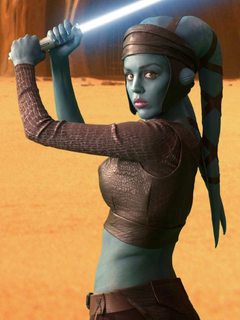 The Jedi Master Quinlan Vos was close to traditional, but he preferred to go sleeveless: 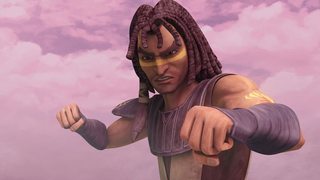 The Jedi Master Rig Nema (a doctor in the Jedi Temple) did not wear traditional robes: 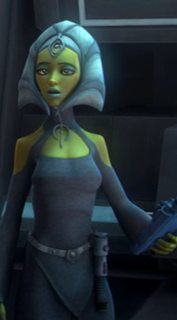 The Jedi apparel was generally based on their almost monastic lifestyle, however there weren't guidelines to say what color this needed to be. From Padawan and above, they had the freedom to choose their own style, however their choice could be judged by the elders as an indication of their personality. Take for instance Obi-Wan, who is very much studious and lives by the Jedi code of honor in everything he does: 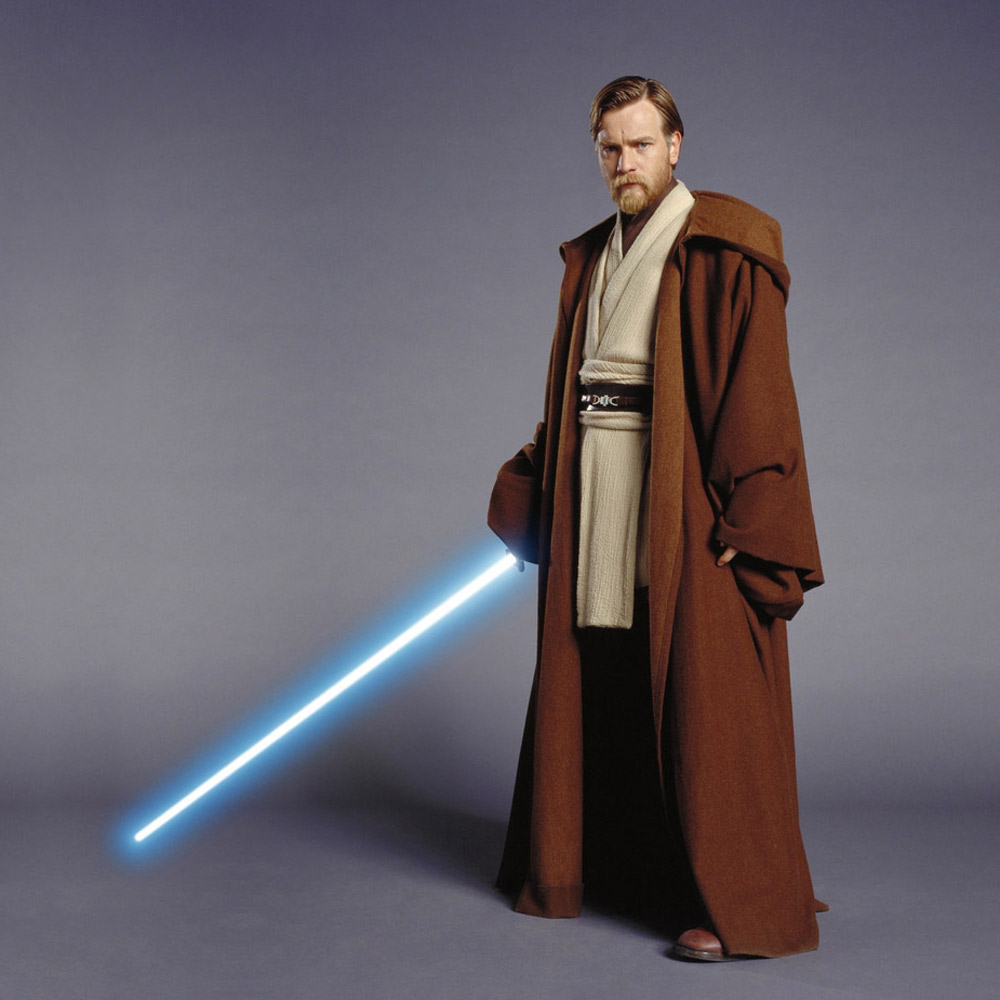 Anakin is shown to wear brown robes too: 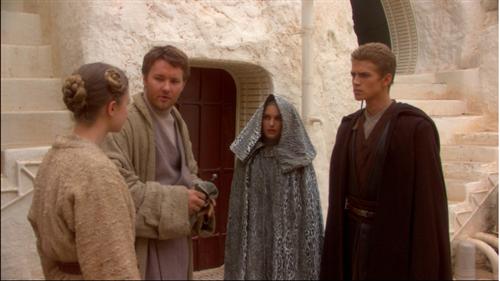 However, the contrasting black robes were an indication of his personality. He was different, over-confident, brash, and sometimes reckless. He most likely wanted to feel like he was special, and wearing a color which makes his figure stand out seems befitting.

Of course, out-of-universe, he wears black robes because Lucas was setting the scene for his turn to the dark side, and among other more important things (like some decent acting), it probably wouldn't have seemed to have the same dark-side-like impact, had he not been wearing black.

This is discussed (and answered) in the Star Wars: Episode II - Visual Dictionary. In short, brown Jedi robes are traditional but not mandatory for anyone of Padawan rank or above. Anakin's choice of outfit "draws concern", but evidently only in private.

The tunic, robes, and cloaks worn by Jedi are honored traditions, but not uniforms. From the time they become Padawans, Jedi are free to dress as they choose. Anakin Skywalker breaks with tradition in his garments, both in their color and material. His distinctive dark clothing makes him stand out at the Jedi Temple and draws concern from Jedi elders.

An idea I don't see here is somewhat more simple (to me at least). I assume automatically that Jedi were allowed to wear what they wanted, but most kept with traditional clothes to

A reason for Anakin to wear dark clothes, besides foreshadowing, was because it was more practical. Anakin was a mechanic and a pilot before he was a Jedi and this never stopped. Working with mechanics would have left him with grease and/or oil stains, no matter how careful he was being and dark clothes can (mostly) cover them.

It may also have to do with growing up on Tatooine, where everything was glaringly bright and no one wore dark clothing because it would absorb all the light and therefore the heat. Wearing darker clothes may have been a way to remind himself that he wasn't there anymore.

Another option: it is easier to hide (generally) if you are wearing dark clothes. If it gets dark enough at night, or they can get light shut down on a ship, it will be easier to spot light clothes then it would dark. I personally think he wears darker clothes to hide stains in case he's called away before he can get cleaned up.

Any reason could include his mourning after his mother's passing? It marked his anger, sorrow and avenging which pushed him down the dark path.

I am not satisfied with Anakin wearing dark clothes solely because of foreshadowing and personality. It makes great sense that he wore them to hide grease stains, blend in with his surroundings, and to distance himself from his childhood. I'd like to add, along those lines, that he mentioned in Episode I that he was cold when he got to space, being used to Tatooine's climate. Black would absorb heat and keep him warmer.

Not the answer you're looking for? Browse other questions tagged star-wars jedi attack-of-the-clones anakin-skywalker or ask your own question.

1
Was Jedi robe a uniform during the clone wars?

37
Was Luke turning into a Sith?
5
Why did Anakin seem to only follow the Jedi Way when it was enjoyable/easy for him?
2
Was Qui Gon guiding Anakin?
7
Why were Anakin and Obi-Wan the only ones to wear excessive armor?
39
Why did Anakin and Dooku duel in the dark?
11
Was Anakin born a slave?
6
Why did Anakin blame Obi-Wan on Tatooine?
8
Why didn't Anakin just leave the Jedi Order?
9
Why did the Jedi not know Anakin Skywalker had a secret marriage?