Have we seen any images of Pink Diamond and White Diamond in Steven Universe? 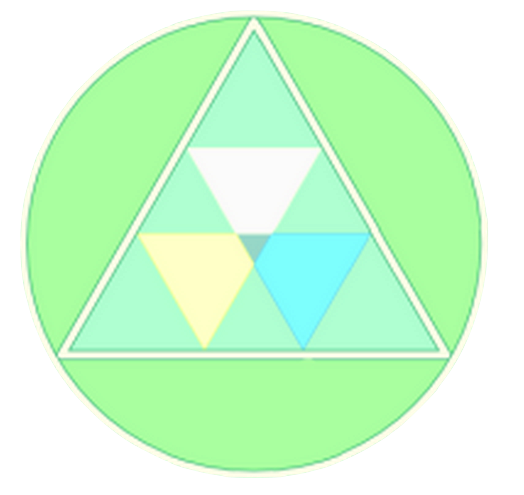 However, in older (by the show's chronology) ship designs, such as the moon base, we see a symbol for the Authority which uses four diamonds. 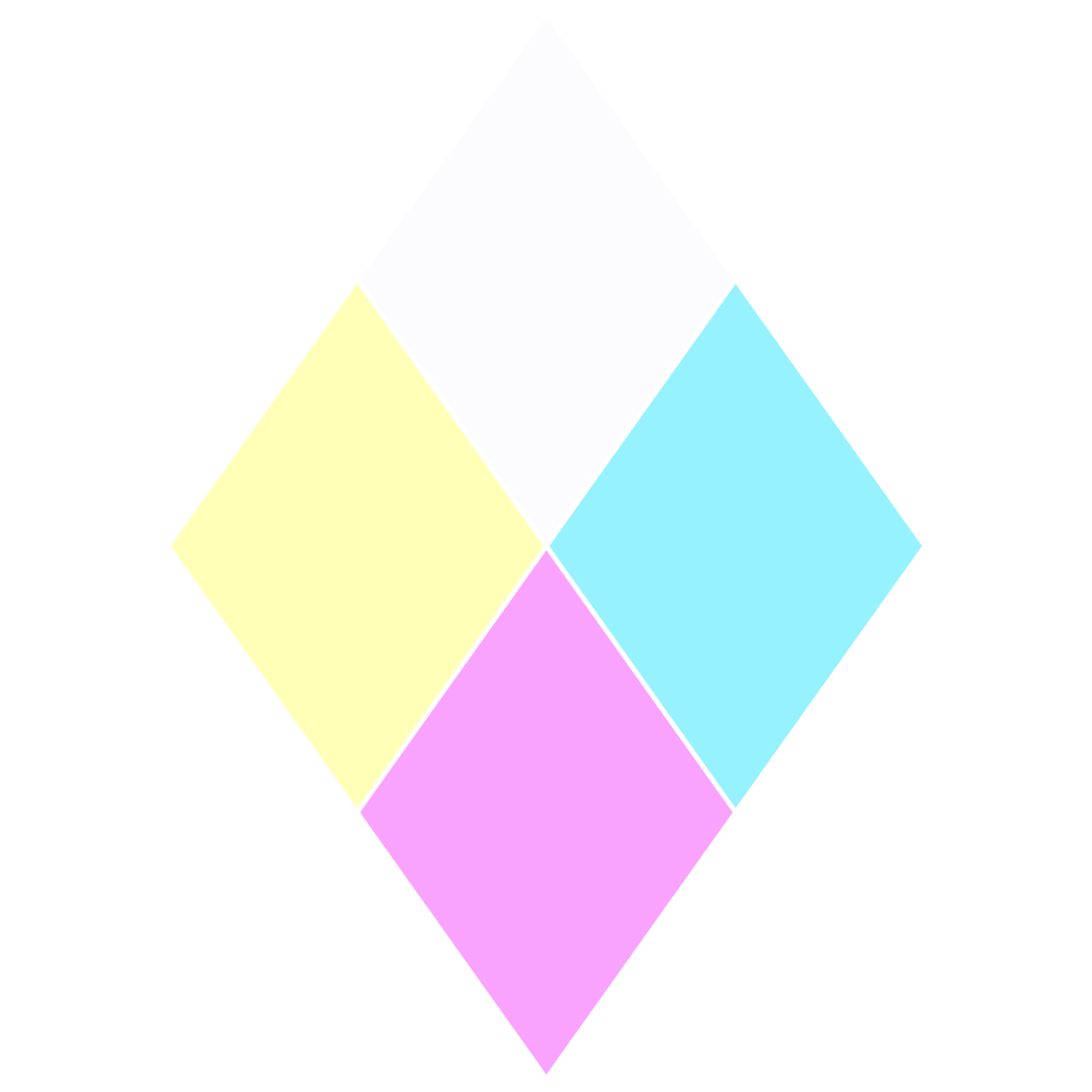 In the Pyramid Temple, there were murals depicting battles that took place during the Rebellion. At least one of these pictures is identifiable as Yellow Diamond, and one matches a mural found on the Moon Base -- it's likely White Diamond.

Before the start of the second season, the SU team released a music video and some artwork with Yellow Diamond (who had not been seen up until that point). Has any artwork been released or shown within the show -- there's a lot that I could have missed! -- depicting (and identifying) White and Pink Diamonds? 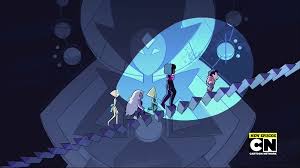 During "Back to the Moon" (S03E24*, the penultimate episode of the third season) we finally had a chance to see the mural depicting Pink Diamond in full:

* I'm not actually sure this is the correct number, as "Bismuth" was a double episode 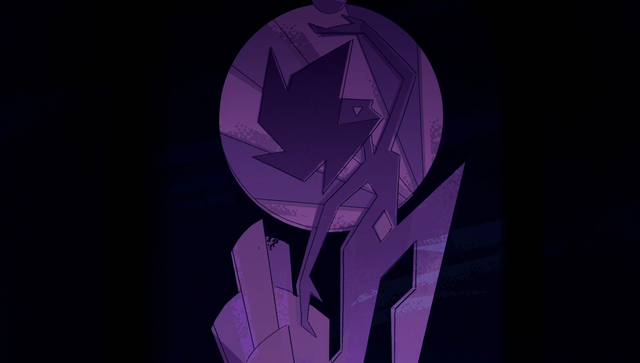 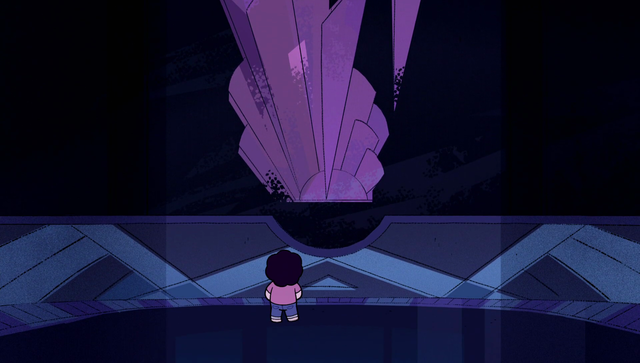 [Leggy Ruby]: Who is that anyway?

[Eyeball Ruby]: Were you made yesterday?! That is Pink Diamond.

The Moon Base appeared in a former episode too ("It could have been great", S02E24) but then only the bottom part of the mural was shown.

It may be worth noting that Pink Diamond's very existence, though heavily implied, was not officially acknowledged until the end of previous episode "Earthlings":

White Diamond, meanwhile, hasn't ever been mentioned, though there can be no doubt now that she is the one depicted in the other mural in the Moon Base (the screenshot at the end of the question).

The day after the airing of "Back to the Moon", an image was posted on the crew's Tumblr showing the initial design for the mural:

SPOILERS for the latest batch of episodes made available via the Cartoon Network app on November 10th, 2017:

In the episode "Gemcation" (S05E06) a brief flashback scene drawn in the same style as the one in "The answer" shows an armed and fierce-looking Pink Diamond surrounded by the Crystal Gems (Bismuth, Pearl, Garnet and two yet-unknown gems): 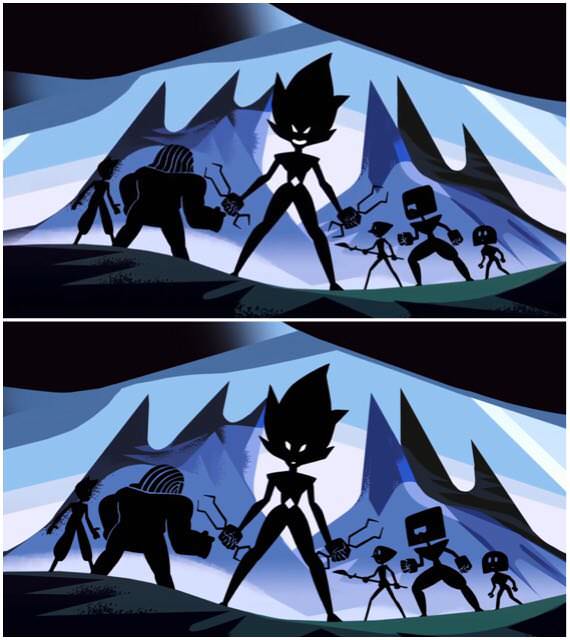 It may be worth noting that Pink Diamond's expression changes radically as soon as Steven tells Garnet he is not interested in hearing that story (accidentally causing every fan to cry out in despair!), which could either be attributed to fourth wall breaking or the story being not so genuine.

SPOILERS for the "Stranded" half-hour special aired on January 5th, 2018.

+Though it's seen in Stevonnie's dream, so it could be not 100% reliable (Yellow Diamond appearance is mixed with Connie's mother's).

She appears much younger (as many fan theories suggested) and smaller than Yellow Diamond, with which she is speaking. 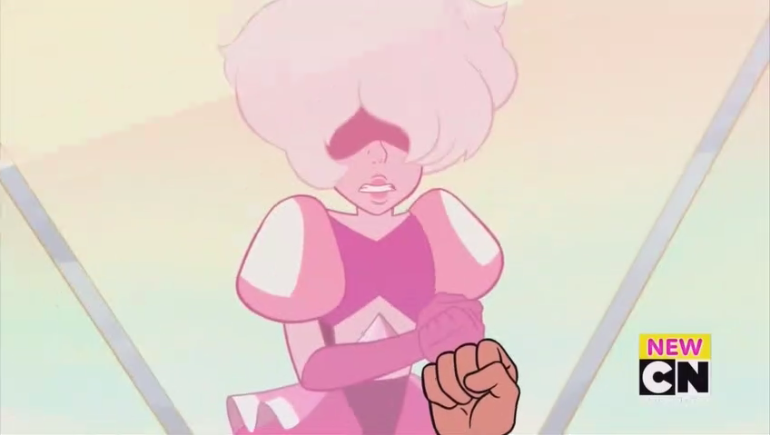 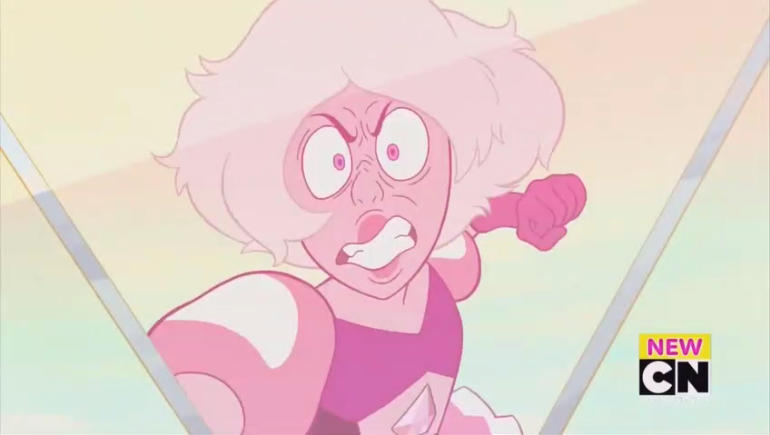 In the episode "Sworn to the Sword", we do see a statue of White Diamond (as well as ones of Yellow and Blue) at Ancient Sky Arena: 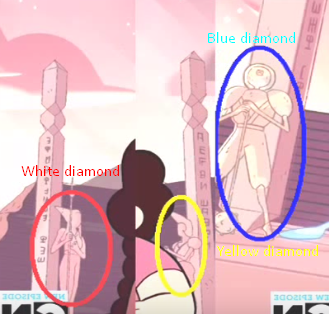 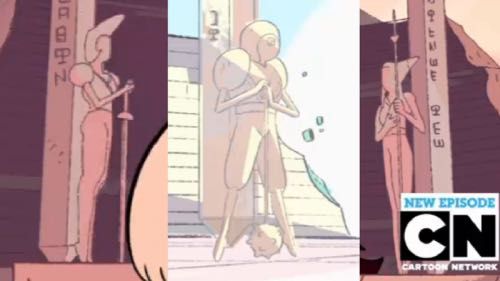 as is suggested by the Pyramid Temple — here's a better screen grab of an image you attached:

Additionally, here is a background panel used in "Sworn to the Sword" (source here) showing the four diamonds and the corresponding four statues, with the Pink Diamond statue in ruins: 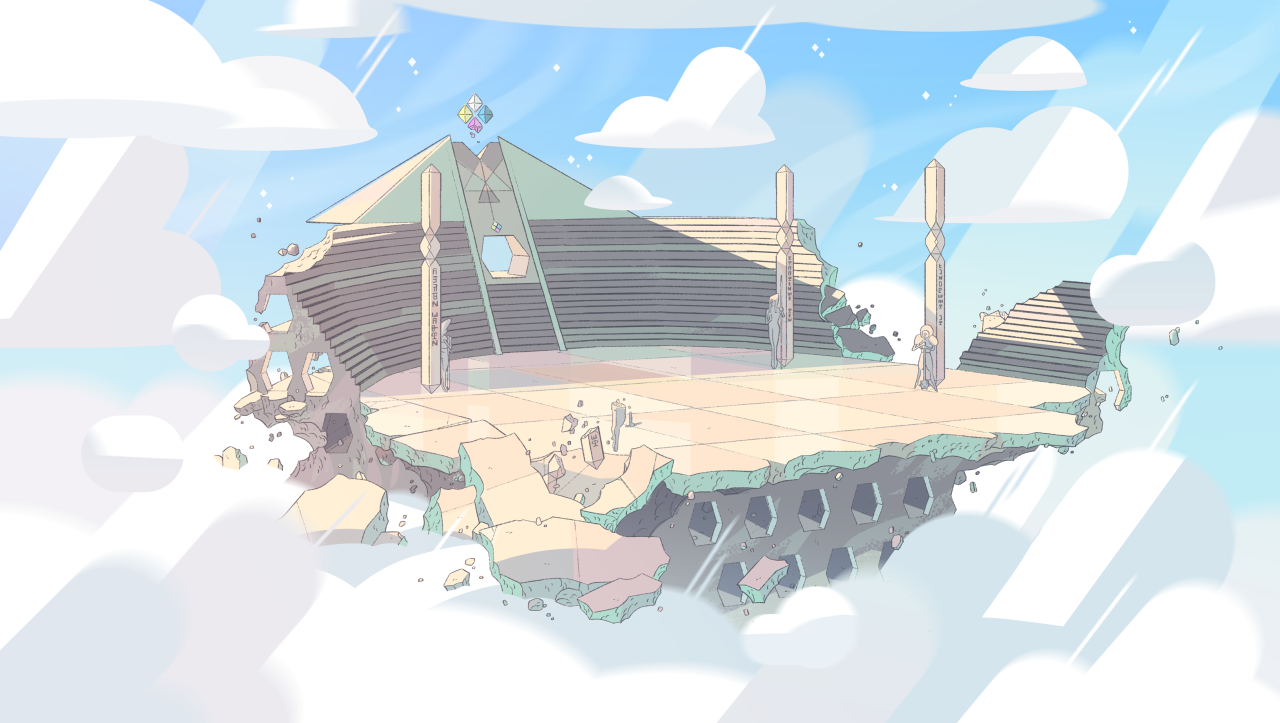 12
Have we seen any hints to the existence of snake people (sneople) within the government in Steven Universe?
1
In Steven Universe, what happened to Blue's human zoo after Season 4 and the Movie?