When did lightsabers first appear in the Star Wars timeline?

Where do we first see/read about a lightsaber in the Star Wars universe (EU and Legends count)?

I mean this from an in-universe chronological perspective, not publication/release order.

It’s a simple question, but I've searched some existing question and answers on here and a few other sites online (yes, including wookieepedia...) but have not found anything useful yet.

In the Legends continuity, we first see a "Forcesaber" in the Star Wars: Dawn of the Jedi series, which takes place about 26,000 years before the Battle of Yavin. 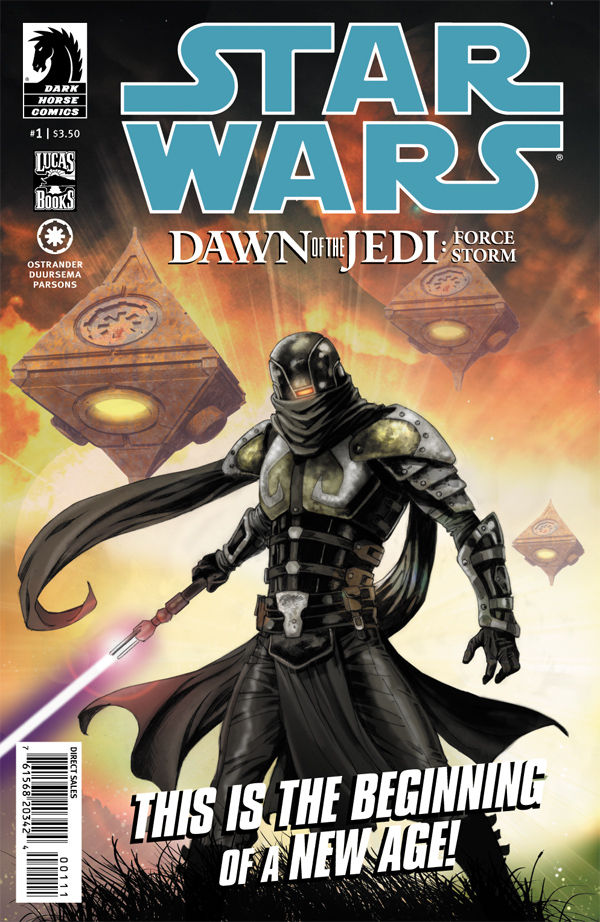 We see our first true lightsaber in Star Wars: The Old Republic, appropriately titled the "First Blade." It was much older than the Republic (founded approximately 25,000 BBY), but its exact age is unknown. 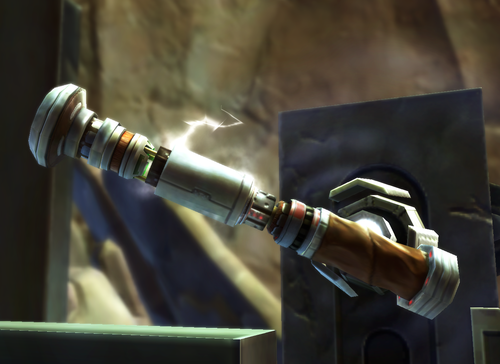 In regular canon, the first lightsaber we see is Qui-Gon Jin's (by a split-second) in The Phantom Menace.

According to Wookieepedia - 15,500 BBY if considering just the technical aspects if not total practicality

By the time of the Duinuogwuin Contention around 15,500 BBY, Jedi studies and researches with "frozen blaster" technology yielded success; they developed a method to generate a focused beam of energy that arced in a circumferential path back to its source, creating a controlled energy circuit and leading to the first portable high-energy blades. However, these preliminary lightsabers were highly unstable and inefficiently guzzled energy from a belt-mounted power supply; they could only be used for a brief duration before overheating. As a consequence of these flaws, the first lightsabers were little more than ceremonial objects, seldom worn, and much less utilized.

As Legends canon is accepted, the date goes back a very, very long time ago (in a galaxy far, far away).

Protosabers, mentioned in Nathan's answer, were certainly an early (circa 15,500 BBY, as he stated) design of lightsaber -- but they were based on an even earlier design.

The Rakata Empire created the Forcesabers, lightsabers essentially fueled by Dark Side Force energy. Their non-Rakata Force users ("Force Hounds") would construct their own Forcesabers and attune special focus gems to their own Force signatures, like the Jedi in later millenia. The Rakata themselves used forcesabers in a force pike configuration. However, the Forcesabers were created thousands of years before The Tho Yor Arrival (circa 36,453 BBY), which itself marked the beginning of the proliferation of Force usage. 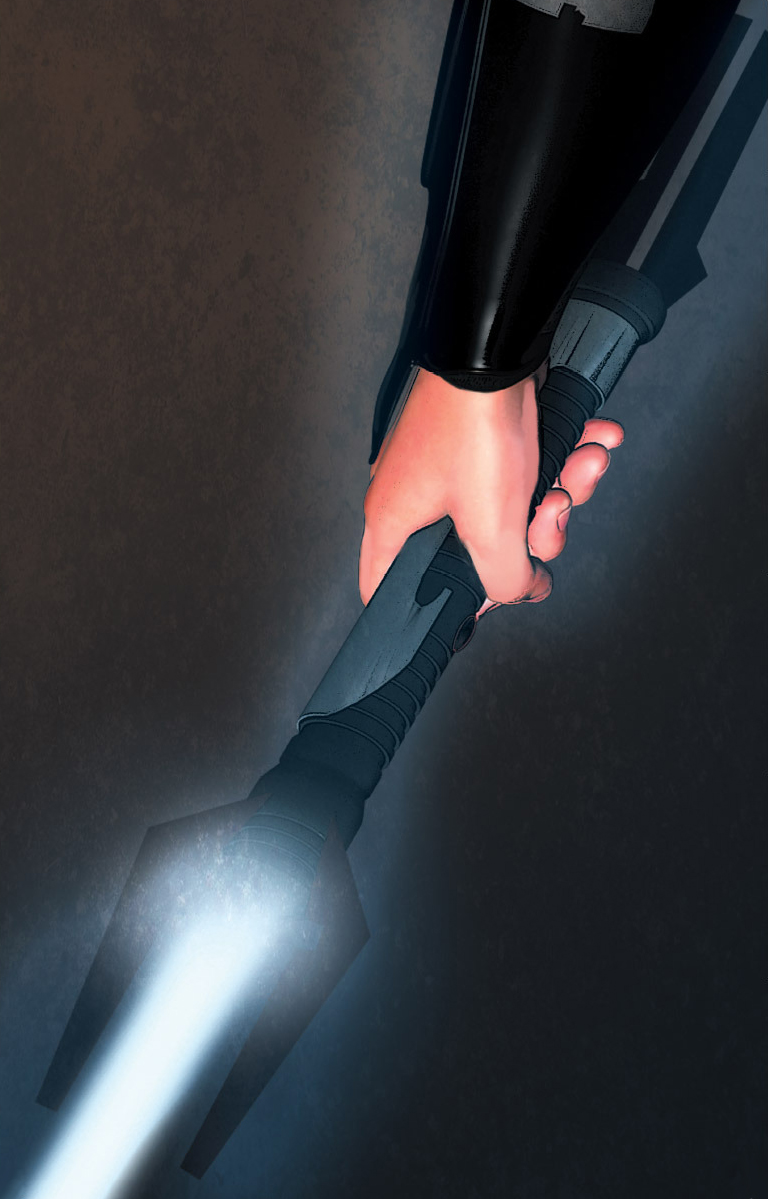 The Jed'aii descendents of those taught in the Tho Yor pyramid ships would attempt to use Forcesabers only at great risk -- the Dark Side influence of the sabers made them highly corruptive.

This, in turn, spurred the development of the aforementioned Protosabers which, being powered by a power pack rather than Dark Side Force energy, did not corrupt the user.

Considering only EU novels and stories, if you look at the book timeline page, the first novel has no lightsabers, but the second one, Star Wars: Lost Tribe of the Sith: The Collected Stories, says on page 3 "The half smirk was a memento from a Jedi Lightsaber swipe years earlier...". so this book, which is just a collection of short stories, is the first chronological reference to lightsabers. The stories in this collection take place between 5000 BBY and 2975 BBY.

The next reference after these short stories is in the novel The Old Republic: Revan.

As for canon material, Phantom Menace is the first instance at the year of 32 BBY.

See other responses for Legends canon. For Abrams's canon, this may be explained in the upcoming movies

since Luke was in search of the first Jedi Temple.

1
In Star Wars lore, who made the first light saber and how was it developed?

30
Do adjustable length lightsabers exist in Star Wars universe?
25
How well known were the events of the original “Star Wars” trilogy in the general galaxy? Or was it all about clandestine special operations missions?
29
When does Luke's lightsaber first appear in the Star Wars saga?
47
How is it possible to do round swings with a lightsaber?
8
Where do X-Wing fighters—and similar small scale Rebel craft—dock to refuel and tune up when in space?
16
What exactly are the capabilities and limitations of "scanners" in Star Wars?
12
Why do some Jedi have red lightsabers in Star Wars: Republic?
9
How old was Yoda when he became Grand Master of the Jedi Council?
13
When did we first see a purple lightsaber?