Is Boba Fett alive in the new canon?

In the EU/Legends material Boba Fett fought his way out of the Sarlacc's guts- Has there been any announcements or anything to suggest he survived getting swallowed by it in the new films (from TFA and beyond)?

In the (Disney Canon) series The Mandalorian, Boba Fett is indeed alive, however we do not know fully how he escaped the Sarlacc.

He makes his first appearance is S02E01, Chapter 9: The Marshal, at the end of the episode in a quick cameo. 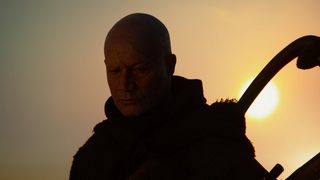 Retroactively, we also saw his feet, cape, and arm in the closing moments of S01E05 Chapter 5: The Gunslinger. 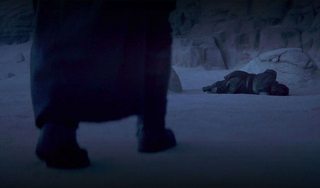 He is then fully introduced in S02E06, Chapter 14: The Tragedy, fighting along side Din Djarin.

Boba is being played by Temura Morrsion who is the same actor that played Jango Fett in the prequel trilogies. Since Boba is an unaltered clone of Jango this makes good sense.

A set of Madalorian armor which is implied to have been Fett's is seen in Star Wars: Aftermath

From the box, he withdraws a helmet. Pitted and pocked, as if with some kind of acid. But still-- he raps his knuckles on it . The Mandalorians knew how to make armor, didn't they? "Look at this," he says, holding it up. "Mandalorian battle armor. Whole box. Complete set, by the looks of it. Been through hell and back. I think my boss will appreciate this."

However, this doesn't necessarily mean that Boba Fett is alive, just that his armor somehow made it out of the Sarlacc. (He could have died afterwards.)

According to the Boba Fett Fan Club, the LucasFilm Story Group brought up Fett at Celebration Anaheim in 2015; according to them, he's Schrödinger's Fett:

"Boba Fett is both simultaneously alive and dead in the Sarlacc."

What Pablo [Hidalgo] meant by the quote, as explained by further context of his point during the panel, is that Lucasfilm's Story Group has not independently decided one way or the other that Boba Fett is alive nor dead after the fall in the Sarlacc Pit.

However, Fett appears as a playable "Hero" character1 in the recently-released Star Wars: Battlefront video game: 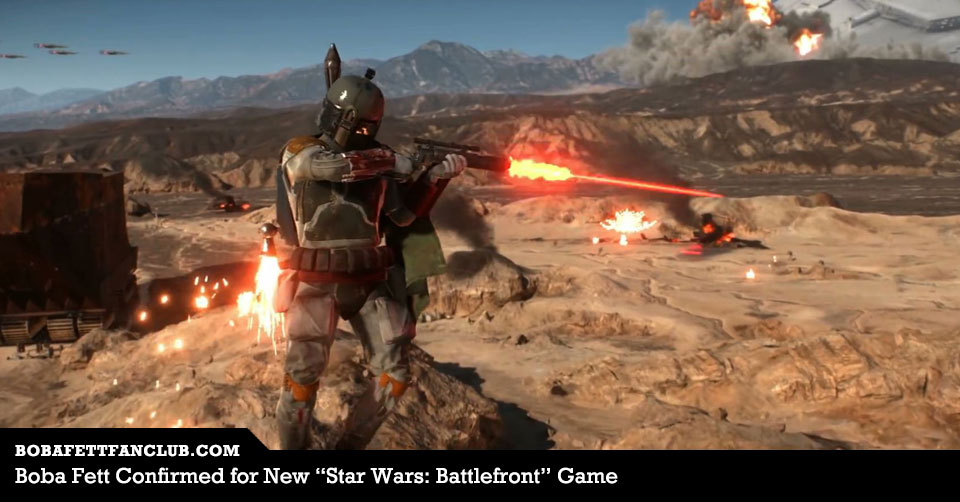 However however, since the canonical status of Battlefront is "complicated", that may not necessarily be a confirmation of his survival2:

I haven't played the game, so I can't comment on the situations where Fett appears.

1 Battlefront games are typically multiplayer shooters, where you play as ground troops: Stormtroopers, CLone troopers, CIS droids, Rebel soldiers, what-have-you. If you collect enough widgets, you can temporarily play as a main character from the films, with different powers and higher stats, who is associated with your faction. The most recent Battlefront game (the one I'm talking about) has six playable Heroes

2 Hat-tip to Tom.Bowen89 for bringing up these points

In Star Wars: Aftermath -life debt- there is an interlude on Tatooine where they talk about how the Sarlacc became partially exposed after jabbas barge crashed around it. And that Jawas have been cutting into and looting the creature. It is possible that he could have been freed this way and that is likely how the Mandalorean armor was also attained. Whether he was alive when found or not though doesnt get explained. Though at the same time they reference finding skeletons. But at the same same time there is no way he could have been a skeleton if his armor was stil intact and as referenced it takes a thousand years for the sarlacc to digest.

Not the answer you're looking for? Browse other questions tagged star-wars the-force-awakens boba-fett or ask your own question.

2
Did Boba Fett survive the Sarlacc encounter?
10
So is Slave I (Boba Fett's ship) just sitting there, abandoned, near Jabba's Palace?
6
How canon is Star Wars: Battlefront (2015)?
-9
How does Boba Fett die

34
Does Boba Fett know his exact relationship with Jango Fett? If so when/how did he find out?
30
Why/How is Boba Fett considered a Mandalorian?
5
Is there any evidence to suggest that Aunt Beru and Uncle Owen were killed by Boba Fett and not the Storm Troopers?
10
So is Slave I (Boba Fett's ship) just sitting there, abandoned, near Jabba's Palace?
9
In what language does Jango Fett speak to Boba Fett in Attack of The Clones?
8
Did Boba Fett's armour use durasteel or beskar?
8
Before The Mandalorian, what was the origin of Boba Fett's armor?
10
How many different times total has Boba Fett escaped the Sarlacc in any official story?