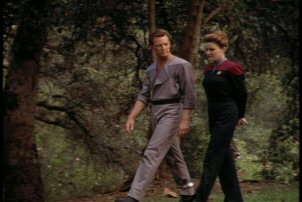 31
Was Tom Paris based on the character Nick Locarno from Star Trek TNG?
9
Why was Tom Paris made chief helm officer?
4
What episode do Tom Paris and Neelix have a “food fight?”
49
Why wasn't Harry Kim promoted beyond ensign, when others like Tom Paris were multiple times?
8
When did Tom Paris and B'elanna Torres get married?
15
How did the Doctor get Captain Janeway and Tom Paris back to human in “Threshold”?
16
Why did Captain Janeway feel that using the Doctor as an expendable messenger boy was more important than keeping him around to heal the crew?
6
Was Tom Paris that good a pilot?
32
How did Tom Paris come up with this warp to miles-per-second estimate in The 37s?
6
How did Tom Paris graduate from Starfleet Academy?