How does the Death Star gravity work?

As we all know the Death Star is spherical. I don't know if it generates gravity on its own or has a gravity generator, but that's not important. I think we have basically two scenarios:

I accept any sort of canon.

To go into the specifics of the question:

This is an excerpt from the excellent Inside the Worlds of Star Wars Trilogy: The Ultimate Guide to the Incredible Locations of Episodes IV, V, and VI factbook. As you can see, gravity on the Death Star is generated locally. On the outermost layers of the vessel, the orientation is toward the centre. Once you go more than a few layer inside, the gravity is then stacked top to bottom. 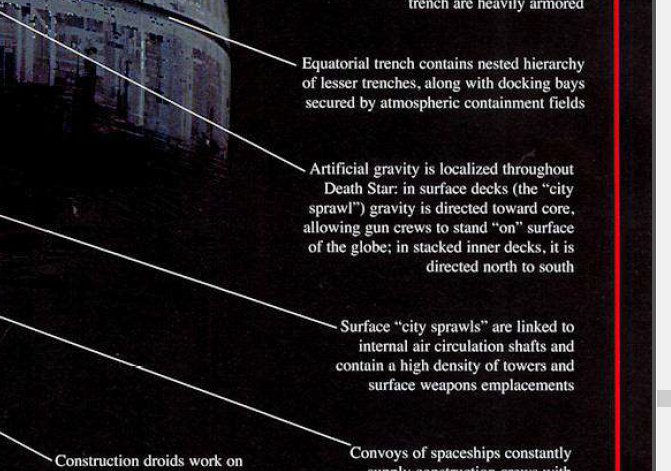