In the M. Night Shyamalan film Lady in the Water, the character of Story — a water nymph from the "Blue World" — is tormented by a grass-covered wolf-like creature called a "Scrunt". 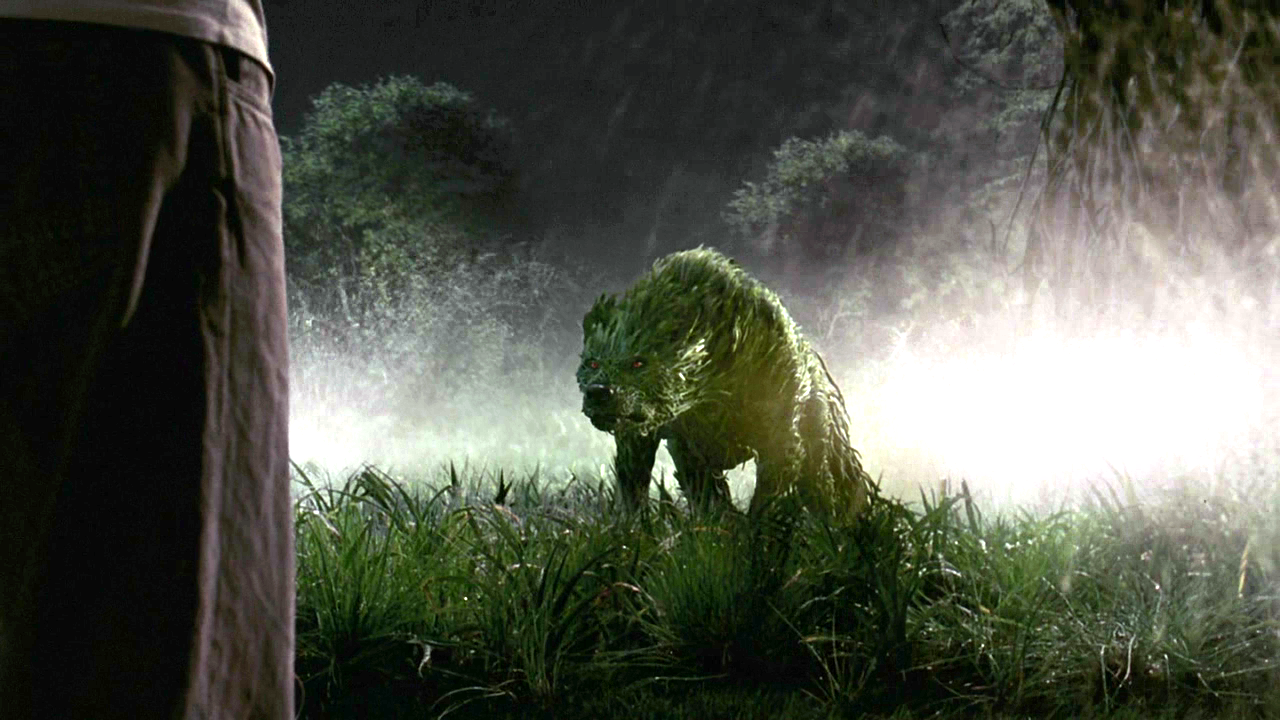 Amongst the many times that the Scrunt is mentioned in the film, there are exactly two instances where it is referred to as what sounds like "the J.G. Scrunt".

What is the J.G. Scrunt's reaction? Is he frightened?

The Guardian can control his mind. The J.G. Scrunt will not be able to attack.

I don't have access to an official screenplay, but this version of the script agrees with my hearing of "J.G. Scrunt". The "J.G." prefix is inconsistent within the film (it is only used those two times) and it is not explained in any dialogue.

Is "J.G. Scrunt" actually being said? If so, is "J.G." an out-of-universe reference to something or someone?

I have seen chatter that it might be a tongue-in-cheek reference to a writer / director / producer / critic, but no verification of this.

I was puzzled by the name J.G. in reference to the Scrunt as well. Then I decided maybe she was saying RG Scrunt as in a Rogue Scrunt like Lin Su's mother spoke of. She recognizes the Scrunt as a rule breaker that is very dangerous because he is not afraid of his inevitable punishment. Of course it seems to me that there is always some small tiny detail in all Shylaman's films that bewilders me.

Not the answer you're looking for? Browse other questions tagged terminology lady-in-the-water or ask your own question.