Ask Question
Asked 5 years, 10 months ago
Active 4 years, 1 month ago
Viewed 2k times
5
This question was closed for being about real-world science. It is currently not accepting answers.

We have no doubts that Priss is a replicant: we see Deckard read her file, then we see her showing off in front of JF Sebastian, and finally the matter of her death:

Priss, shot by Deckard, thrashes like a short circuted robot .

But, let us put aside the first two proofs -- files can be faked and it's possible Priss is just a very fit woman.

Could a mortally wounded human die thrashing around like this?

It's very possible for this to happen to a regular person, even in Hollywood we've seen death scenes like this in war movies and such where they've had to be held down.

That being said, the way that it's used in this scene is to greatly emphasis the divide between humans and Replicants. It grows more apparent throughout the whole movie. This scene is quite surreal and horrifying because of the way the she shrieks loudly and thrashes around, it's certainly to make sure we're consciously aware that she's not human. The lighting is very harsh and flickers onto her, the sound design is very reminiscent of horror movies, her scream echoing, the strange choreography, all of which adds that notion.

It's Deckard's second shot from a standing position and downward angle to the centre of her chest on or just below the solar plexus that kills Pris. The first shot, from floor level in an upward trajectory, has an entry point that appears to be to the left hand side of her stomach just below the rib cage as her body is arched back. Whilst the first shot floored Pris, there is no categorical evidence that the wound is a mortal one. Pris is wounded and on her back but not dying and is not thrashing about as a direct consequence of the wound. Pris, who was already in a rage, is now in a full on screaming tantrum just like a frustrated little 3 and a half year old child.

Interestingly, Pris Stratton's in universe "birthday" or incept day is coming up: February 14th 2016. Roy's birthday was just over a week ago on January 8th. 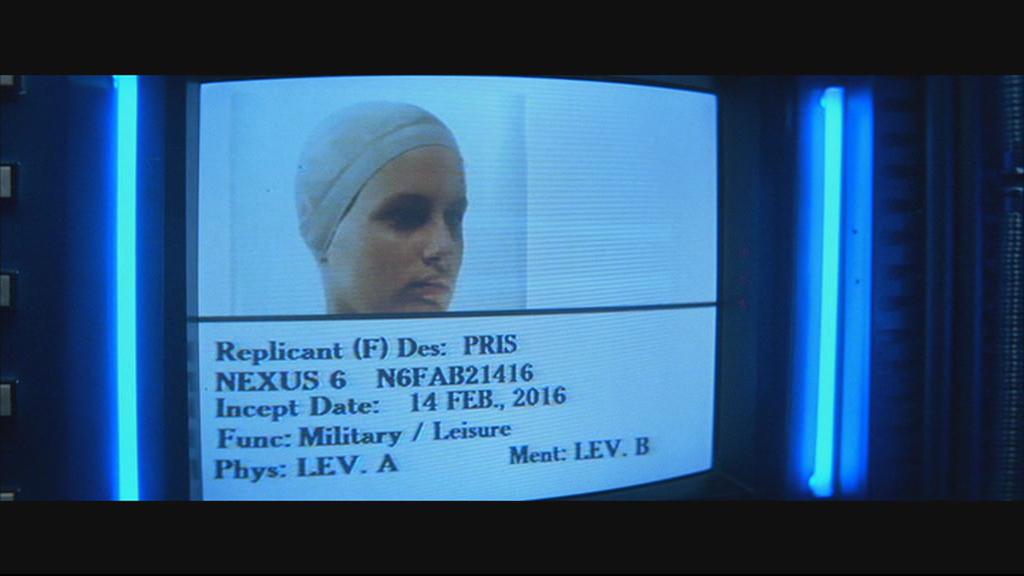 Not the answer you're looking for? Browse other questions tagged biology blade-runner-series blade-runner or ask your own question.

86
Did Philip K. Dick watch "Blade Runner" before his death?
12
What about Pandora's atmosphere is toxic to humans?
17
Are the humans in the Star Wars Galaxy really humans?
5
How many alien species are compatible with humans?
3
Why does Dr. Stelline work for Wallace?
8
Zhora asks Deckard: "Are you for real?" Was this meant to be significant?