How great a wizard is Cornelius Fudge?

I am currently reading the fourth chapter of Book 3 (The Prisoner of Azkaban).

I have seen that people respect Fudge in the magical world (for example: Tom, the owner of Leaky Cauldron, the bus driver of the Knight Bus, etc).

However, as far as I seen he isn't depicted as being as great as Dumbledore (in fact, not even close), and he tries to substitute activity for progress (where he arrests Hagrid just for the world to imply that some activity is happening).

So, is there any mention of how great a wizard he is? He is a Minister of Magic, which means that he must be very competent?

Edited for clarification for the comments below:

I understand that you don't need to be the best for becoming a Minister. But, atleast one needs to be competent enough to become one!

So, I'm asking about how competent was Cornelius Fudge.

If you're asking about his wizarding capabilities, I'd say he is not considered an exceptional wizard by any standards. Here is an example where Dumbledore easily beats Fudge, two wizards and one witch (all from the Ministry of Magic) in an attempt to arrest him(Dumbledore):

Order of the Phoenix (5th Harry Potter book), Chapter 27: The Centaur and the Sneak

“So,” sneered Fudge, recovering himself, “you intend to take on Dawlish, Shacklebolt, Dolores, and myself single-handed, do you, Dumbledore?”

“Merlin’s beard, no,” said Dumbledore, smiling. “Not unless you are foolish enough to force me to.”

“Enough of this rubbish!” said Fudge, pulling out his own wand. “Dawlish! Shacklebolt! Take him!”

A streak of silver light flashed around the room. There was a bang like a gunshot, and the floor trembled. A hand grabbed the scruff of Harry’s neck and forced him down on the floor as a second silver flash went off—several of the portraits yelled, Fawkes screeched, and a cloud of dust filled the air...

Panting slightly, Harry saw a very tall figure moving toward them. “Are you all right?” said Dumbledore.

“Yes!” said Professor McGonagall, getting up and dragging Harry and Marietta with her.

The dust was clearing. The wreckage of the office loomed into view: Dumbledore’s desk had been overturned, all of the spindly tables had been knocked to the floor, their silver instruments in pieces. Fudge, Umbridge, Kingsley, and Dawlish lay motionless on the floor.

If he had any sort of superior magical ability, he would not be beaten so easily, even though Dumbledore is considered the best wizard of the generation.

If you're asking how he became Minister for Magic, Sirius Black explains to Harry, Ron and Hermione (Crouch was a very famous Ministry official and warrior against the Dark forces during Voldemort's first reign, but Crouch's son became a Death Eater, and was caught, tried and sent to Azkaban)

"So old Crouch lost it all, just when he thought he had it made,” he continued, wiping his mouth with the back of his hand. “One moment, a hero, poised to become Minister of Magic...next, his son dead, his wife dead, the family name dishonored, and, so I’ve heard since I escaped, a big drop in popularity. Once the boy had died, people started feeling a bit more sympathetic toward the son and started asking how a nice young lad from a good family had gone so badly astray. The conclusion was that his father never cared much for him.

"So Cornelius Fudge got the top job, and Crouch was shunted sideways into the Department of International Magical Cooperation.”

As to whether he is a respected member of the magical society, well he was for a while. But in Order of the Phoenix we see Harry and Arthur Weasley speculating about him taking bribes from Malfoy. There is also the business of Fudge refusing to believe that Voldemort had returned at the end of the fourth book, and his harassment of Harry, Dumbledore and known Dumbledore supporters for the majority of the 5th book.

From this Pottermore article by JK Rowling (emphasis mine):

As often happens with such highly coveted awards, Ministry of Magic favourites seem to receive the Order of Merlin, especially the higher classes, more often than one might expect. While nobody argued when Albus Dumbledore received his O.M. (First Class) for defeating the Dark wizard Grindelwald, there was a good deal of muttering in the wizarding community when Cornelius Fudge, Minister for Magic, awarded himself an O.M. (First Class) for a career that many considered less than distinguished. Other less worthy recipients of the highest class of Order include Arcturus Black, Sirius Black’s grandfather, who was widely believed to have bought it by loaning the Ministry a large amount of gold.

For a Muggle comparison, see Leonid Ilyich Brezhnev (thanks DVK!): 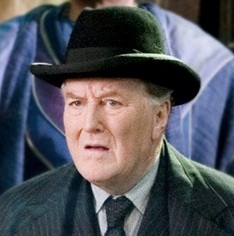 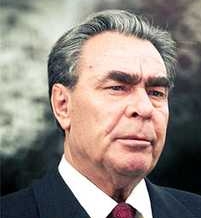 Apart from the other two answers:

Fudge is a disappointment, really. IMO, he's no better than any other wizard and he's a typical politician. If you're in the third book, you should already have read how he was in the Leaky Cauldron, and he's corrupt, bribing and getting bribed, even, from the right people.

Once you're near the end of the fourth book, Harry'll have a revelation of Fudge that I got to share with him, and I was not happy.

He could be an Auror(assuming you need to be that to be in a high-ranking Ministry position), but he never shows that kind of magical talent anytime in the series.

10
Why didn't Dumbledore Imperius Fudge?
8
How did Fudge find out about Harry heading to Leaky Cauldron?
28
What is the difference between the Confundus Charm and the Imperius Curse?
17
Which house was Fudge sorted into?
21
What happened to Cornelius Fudge after he resigned from his post of Minister for Magic?
4
Couldn't Fudge stop the governors removing Dumbledore?
32
Why was Ron more affected by the Veela than Harry was?
2
What did Rufus Scrimgeour do differently when he became the Minister for Magic compared to Cornelius Fudge?