It seems Princess Bubblegum can create candy people. Is that out of ordinary things and science? or does she need a little bit of starter candy person like sourdough bread?

Regardless, if PB were to be hit by a bus and killed tomorrow, is there anyone in the candy kingdom that could create new candy people?

Bubblegum is the only person we know of who can create candy people from basic materials.

She does this with a scientific formula (and possibly a bit of magic), and doesn't need a starter (though she can use their 'candy DNA' to create clones). She creates them from inert candy, as shown in All Your Fault and subsequent episodes, and thus far is the only person to show this knowledge, aside from the Lemongrabs -- and their memory of the formula was removed in the aforementioned episode.

However, much of Ooo is still unknown to us, and Bubblegum herself is but one child of The Mother Gum, itself a wad of mutated bubblegum. She has a brother, Neddy, and she is said to have other relatives -- all likely descended from the Gum. This Gum is the only other source of Candy People that we know of. 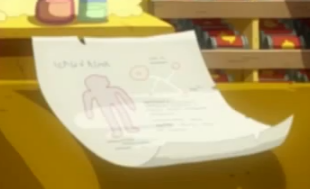 All that said, PB is not the only science-minded person in Ooo and is likely to have a contigency plan, in case she should meet her demise. The formula itself is written out, others know of it and it's simple enough for a Lemongrab to do -- so it would only be a matter of time before someone else took up the formula after PB was gone.

Recent events have further shown that Candy is a primary element in the Adventure Time universe. Candy people -- or, at least, one candy person at a time -- have been generated to maintain the balance throughout history, serving as the Candy Elemental. Thus, it would appear that there must always be a candy person, and the universe will create new candy people to fill in the gap whenever there isn't one. 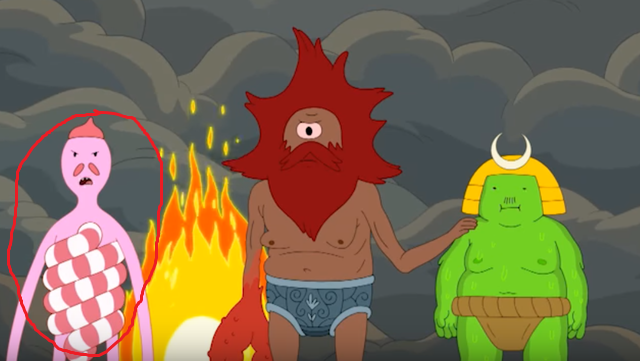 0
In adventure time, is there an episode that establishes that a wizard can see death?