What is the shape of a lightsaber blade?

I used to think a lightsaber blade is shaped like a cylinder of uniform diameter, much like the film props representing them.

However, once in a while I come across a scene from the Original Trilogy where a close up of the blade shows it being thin and narrowing down even more towards the tip quite sharply. I just saw it in the Bespin fight, and I'm pretty sure it was also the case in the fight between Vader and Obi Wan in ANH. It is actually quite like the shape of the blades in Rebels. I had dismissed Rebels lightsaber shape to be a matter of art style, but I just connected the dots and realised the similarity is quite uncanny.

What is the real shape of lightsaber blades?

The narrowing that you see in ANH is due to the rotoscoping effects used to create the lightsabers and is merely a limit of the technology of the time as this was done manually in the 70s and 80s.

The CGI created lightsabers of the prequels and The Force Awakens will be representative of the intended shape. Allowing them to round out the tips and maintain a uniform shape. 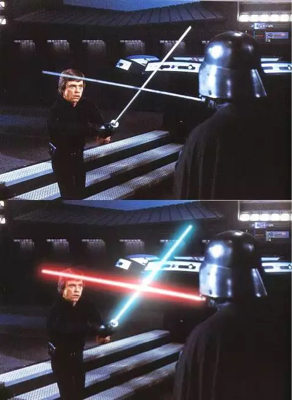 Compared to the subsequent films 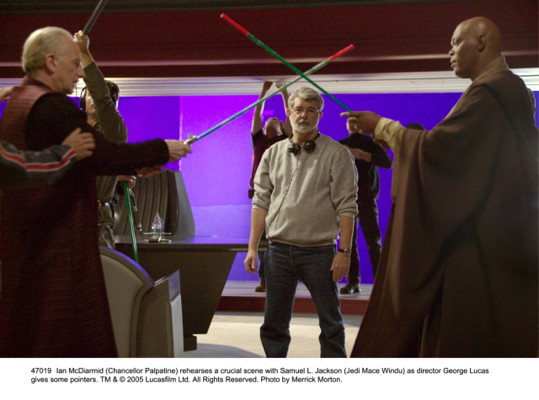 Giving less area to "paint" with the rotoscoping