How many interstellar powers existed during any time?

How many interstellar powers were there in the Star Trek universe? Such as the United Federation of Planets, the Romulan Star Empire, the Klingon Empire...

Assuming you're referring to multi-planetary polities, the answer is loads and loads.

The Star Trek: Star Charts mapbook offers us the following view of the Alpha and Beta quadrants as well as some tiny slices of the Delta and Gamma quadrants. 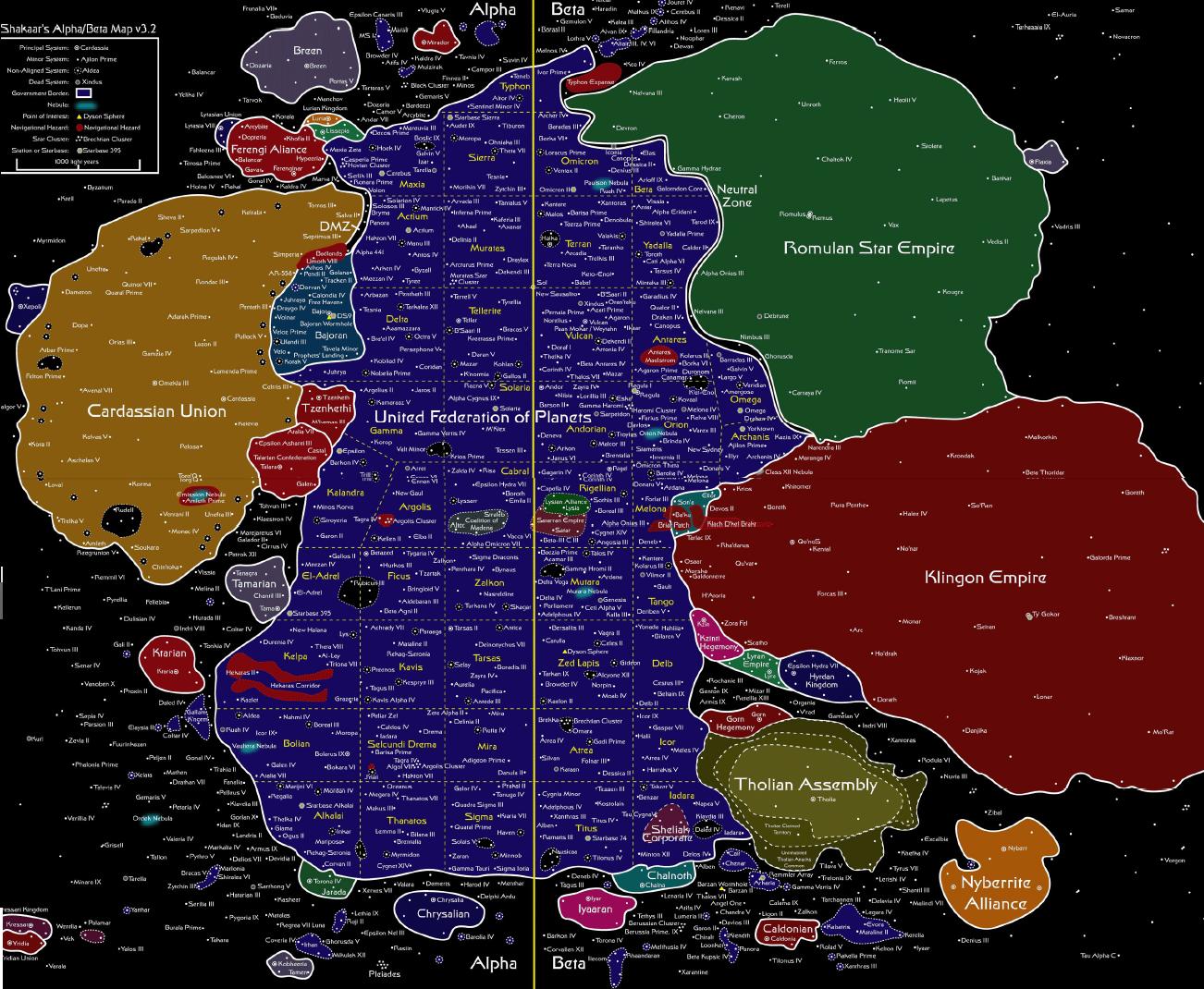 Just from this (very limited) glance, we can see the 4 major powers in the region

as well as a host of minor powers;

and in the Delta Quadrant 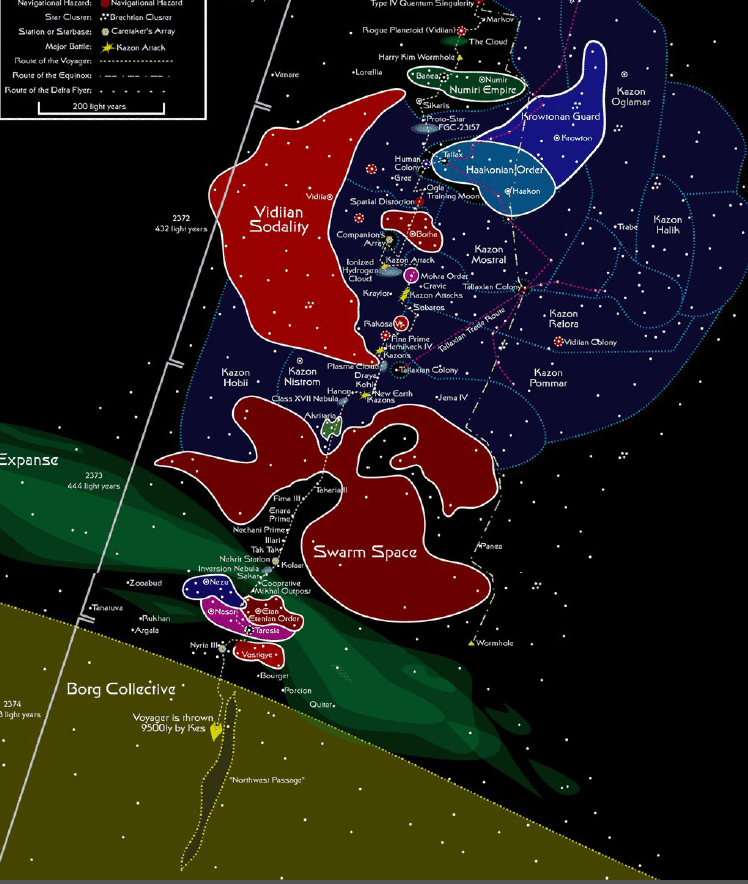 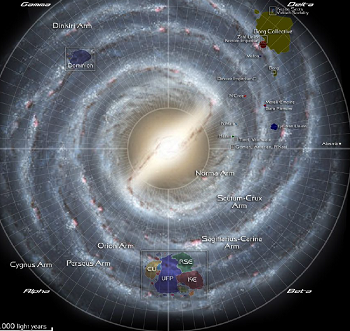 In Alpha Quadrant there are 7 Governments acording to alpha memory wiki :

Rest of Quadrants were not that explained and apart from Borg in Delta Quadrant no Governments were shown. Just planets or species.

I don't know would you consider Q Continuum here

In the Lensman novels of E.E. Smith "Civilization" ruled most of our galaxy and "Boskone" ruled most of The Second Galaxy (location relative to ours unspecified.)

Each galactic realm ruled millions of planets. Each planet that was modern and as advanced as the others in its realm could build a space battleship in a few months. Thus the main battles where the two realms fought each other with everything they had involved vast numbers of ships, millions of space battleships plus many other types of space warships.

in DS9 "Sacrifice of Angels" 600 Federation and allied ships fight 1,200 Dominion, Cardassian, and allied ships. Each side has other fleets fighting in other fronts of the war.

But the total sizes of the two space forces are pathetically puny and tiny compared to the fleets in the Lensman series. E.E. Smith did the math, and the writers of the various Star Trek shows and movies didn't, or just couldn't face up to the incredible numbers of stars in a large spiral galaxy.

The creators of Star Trek suffer from "Sci-Fi Writers Have No Sense of Scale". http://tvtropes.org/pmwiki/pmwiki.php/Main/ScifiWritersHaveNoSenseOfScale1

The creators of Star Trek create star maps in which major space realms like the Federation or the Klingons are not just dimensionless dots compared to the galaxy as a whole but spread out over measurable areas of the galactic disk. If they were that large, they would rule millions of solar systems and probably have fleets of millions of space battleships. If each of the major Star trek realms ruled only a miserable few hundred or a few thousand star systems, it would be a tiny, dimensionless, dot on the map of the galaxy.

There were certainly times in the far past when there were no interstellar realms yet in our galaxy in Star Trek. There might possibly have been times in the past of Star Trek when there was a single galactic government ruling all the galaxy.

But in the time of the Star Trek productions there are many different interstellar governments in the Galaxy, and if the creators admitted how small the main realms would have to be to have only a few thousand space warships each, there would be room for thousands and maybe millions more interstellar governments with plenty of unclaimed stars and planets between them.

31
In Star Trek, what is the largest empire/power in the Milky Way Galaxy by sheer size?
13
Are Starfleet vessels allowed to travel freely in Klingon space?

34
What is the nature of the Klingon Empire population?
5
What are all intelligence agencies in Star Trek universe?
13
If the Klingons joined the United Federation of Planets would they have to give up their cloaking technology?
20
Why is Federation Space divided?
18
What benefits did Vulcans get from Humans in the beginning?
15
What word describes organisations like the Federation, Klingon Empire, and Dominion in Star Trek?
8
How did the Klingons Wage a War with Cardassia?
17
Is there an explanation for the number of planets in the federation?
5
Are Starfleet and the Federation distinct entities? Why does Saru say they are?