Who killed the Eldest Brother and stole the Elder Wand?

The story of the Deathly Hallows, in the movie of the same name, gives us the origins of the objects crafted by Death himself, which gave each Peverell brother what they desired: for Antioch the Elder Wand, for Cadmus the Resurrection Stone, and for Ignotus the Cloak of Invisibility.

We know Cadmus died out of grief, and Ignotus accepted his time of death, but I want to know who murdered Antioch and took the Elder wand. Is this known, or is it just a mystery, and JK Rowling pulled a Tolkien on this subject?

In the tale that Hermione tells:

"Leaving his enemy dead on the floor, the oldest brother proceeded to an inn, where he boasted loudly of the powerful wand that he had snatched from Death himself, and of how it made him invincible.

So all we know is that this person killed the brother, and took the wand - but we don't know his name.

There is one possibility.

"Surely you have heard of the way the wand came to Egbert the Egregious, after his slaughter of Emeric the Evil! (etc)"

-Mr. Lovegood, in The Deathly Hallows, The Tale of the Three Brothers

There is a slight possibility that Emeric the Evil was the person who killed Antioch. After all, you'd have to be pretty evil to slit someone's throat while they're sleeping.

A List of the Known Owners of the Wand

“‘The first brother traveled on for a week or more, and reaching a distant village, sought out a fellow wizard with whom he had a quarrel. Naturally, with the Elder Wand as his weapon, he could not fail to win the duel that followed. Leaving his enemy dead upon the floor, the oldest brother proceeded to an inn, where he boasted loudly of the powerful wand he had snatched from Death himself, and of how it made him invincible.

“‘That very night, another wizard crept upon the older brother as he lay wine- sodden, upon his bed. The thief took the wand and, for good measure, slit the oldest brother’s throat. “‘And so Death took the first brother for his own.'"

That was Hermione reading The Tale of the Three Brothers from the popular wizard's fairy tale collection The Tales of Beedle the Bard. At this point in the book, Hermione and Ron are skeptical as to the existence of the Deathly Hallows. They believe it's just a children's story.

“So it’s true?” asked Harry. “All of it? The Peverell brothers—”

“—were the three brothers of the tale,” said Dumbledore, nodding. “Oh yes, I think so. Whether they met Death on a lonely road ...I think it more likely that the Peverell brothers were simply gifted, dangerous wizards who succeeded in creating those powerful objects. The story of them being Death’s own Hallows seems to me the sort of legend that might have sprung up around such creations."

The tale says 'Death' gave them the Hallows. But that seems unlikely as Dumbledore says. Similarly, maybe the first brother was killed by an unkown assassin in an inn. But that might not be true as well. All we can say for certain is that the wand wasn't taken from him in a duel(if it was the story would have some exaggeration of how he lost it in a duel). We also know it cannot be passed like an heirloom since the wand's power dies if the owner dies a natural death. So we can assume he was murdered when not in a position to use the wand.

As to the identity of who took the wand, Rowling does not mention it in the books.

Although Rowling has never named the Antioch's killer, she drew a picture of him for the collectors edition of The Tales of Beedle the Bard. 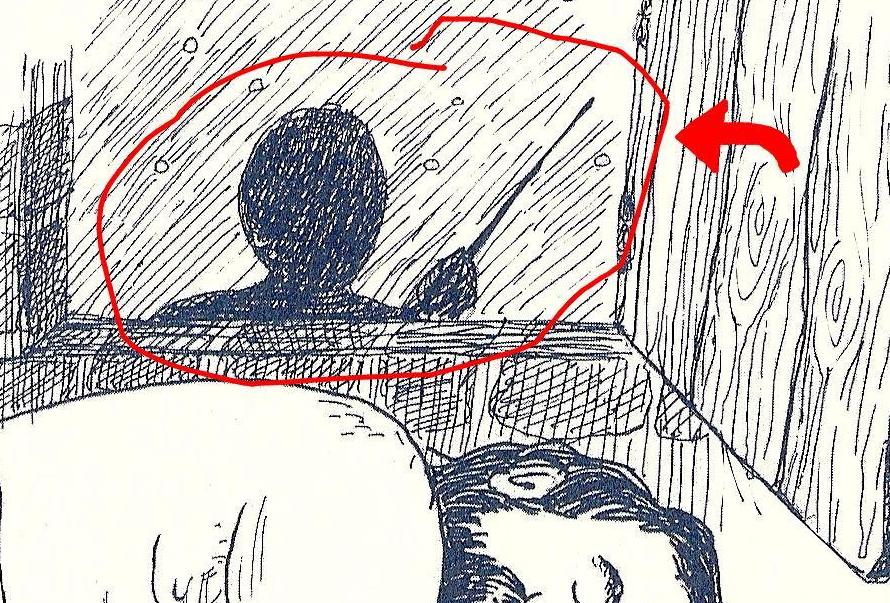 8
How Accurate is Rita Skeeter?

22
Did anyone ever possess all three Hallows?
54
Does Voldemort know about the Invisibility Cloak?
31
Why has so much magical knowledge been lost since ancient times?
6
Does any other wand share the same core as the Elder Wand?
6
When and how did Beedle the Bard know the story of the Deathly Hallows?
22
If Harry could come back, why couldn't Dumbledore?
7
Were there any other Resurrection Stones in Harry Potter?