Why are Padawans of the same age trained together?

Yoda is not teaching a class of Padawans but Younglings (Initiates).

As the Jedi were instructed in the ways of the Order and the Force, each member progressed through several different ranks. With the exception of Anakin Skywalker, prospective Jedi were identified a short time after birth by the quantity of midi-chlorians in their blood, a factor which indicated the level of a subject's Force-sensitivity. Training began at the level of the Jedi youngling; at some point in their training, younglings were expected to find their own Kyber crystal—the heart of the lightsaber, a distinctive and elegant weapon of the Jedi—in order to pass an ancient rite of passage known as The Gathering.

Younglings who succeeded in their trials graduated to the level of Padawan, the apprentice of a more experienced member of the Order such as the Jedi Knights and Jedi Masters. In accordance with the Jedi Code, a Master could instruct only one student in the ways of the Force at any given time.

As implied, the order is divided in a specific hierarchical manner, starting from the Younglings before the Padawans: 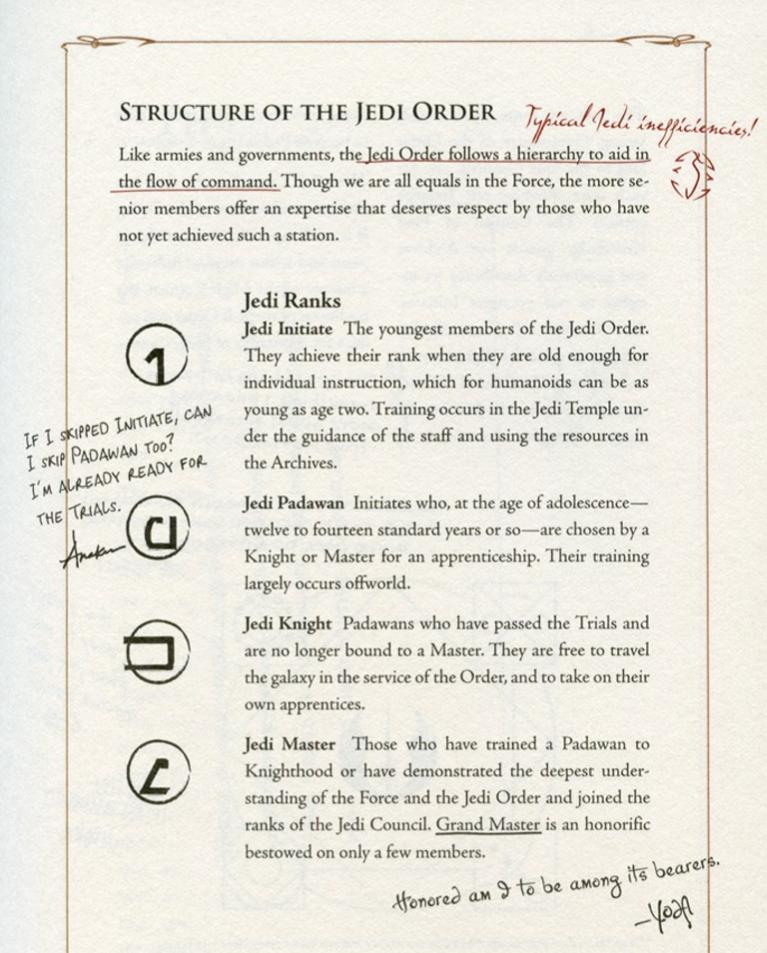 Before the time came for a youngling to advance to a higher degree of education, Grand Master Yoda served as an instructor in the ways of the Force to all younglings in the course of his long career. In order to qualify for the rank of Padawan, younglings had to complete a series of tests—the Initiate Trials—in order to become apprenticed to more experienced Jedi such as Knights and Masters.

There is a well-defined logic behind taking children as Jedi.

The Jedi council prefers Jedi who do not have emotional attachments. Older children generally get attached to their family or even fall in love. This is the same reason the council was skeptical to have Anakin as a Jedi.

Now one would argue that Luke was much older when he went forth to become a Jedi. Well, for one he wasn't emotionally attached to anyone or anything, living on an isolated planet. Also, the Jedi council didn't exist so, no one cared.

There is a reasonably well upvoted non-canon answer here stating that it appears from the movies that Padawans start very young to prevent too many attachments to the lives they will leave behind. Given this, it would make sense for there to be a "beginner's" class for the younglings who have only recently been brought to the Jedi Temple. Since they were always brought in at a young age, to have a group of more or less the same age seems logical.

The older Padawans would have quite likely been assigned to a Jedi Master to learn from "in the field", so to speak, and may not train specifically in the Jedi Temple any more.

It's a common form of pedagogy to train students of the same age under the presumption that they will all learn at the same rate. It stems from the design of the various municipal school systems which were born during the industrial revolution and children are treated as a manufactured product. No school will ever quite match the quality of an old fashioned one on one experience. However, there were many children to train and the Order had a lot of universe to police. Going this route allowed them to churn out Jedi at a more rapid rate.

However, one wonders how many of those students achieved any sort of real mastery over the force. Why are there so few masters? I believe much can be blamed on the educational system they had. Perhaps if there were fewer Jedi who were more individually trained, the whole thing would never have happened.

Now the Jedi clearly knew that they couldn't entirely stamp-manufacture Jedis, and as a result all of the basics of Force mastery were taught in classes. However, padawans were still required to go through an apprenticeship before they would be allowed to operate on their own, to make sure that they were all up to a minimum level of competence.

67
How old should you be when you begin Jedi training?

8
Why did Yoda not take on another apprentice after Episode III?
4
Was Yoda a Padawan or a Jedi Knight?
18
How can Yoda identify Darth Bane?
11
Were the Jedi taught about the Sith?
4
Would Yoda have made a better teacher for Anakin than Obi-Wan was?
7
What age do Padawans get real lightsabers?
2
Why were Luke and Leia the Jedi's last hope?
5
Was Yoda lying to Luke about the powers of a fully trained Jedi Knight?
5
Was fighter pilot training part of a Jedi Padawan's training during the times of the Galactic Republic?