In Episode IV: A New Hope, an interrogation droid is used to torture Leia.

Screencap from the movie

This droid is equipped with a syringe. 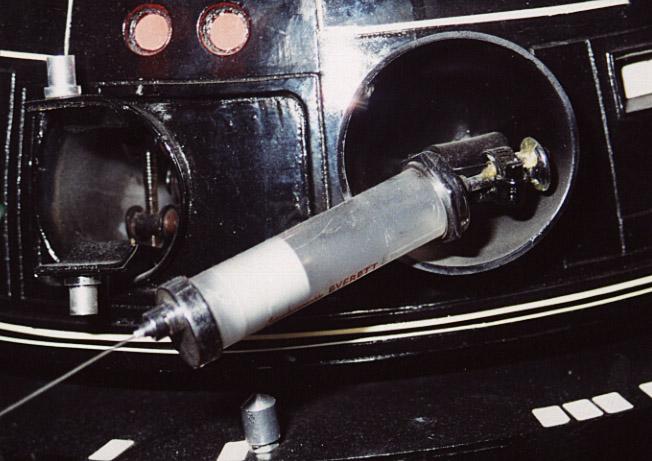 This syringe is clearly labeled "BRITISH MADE". 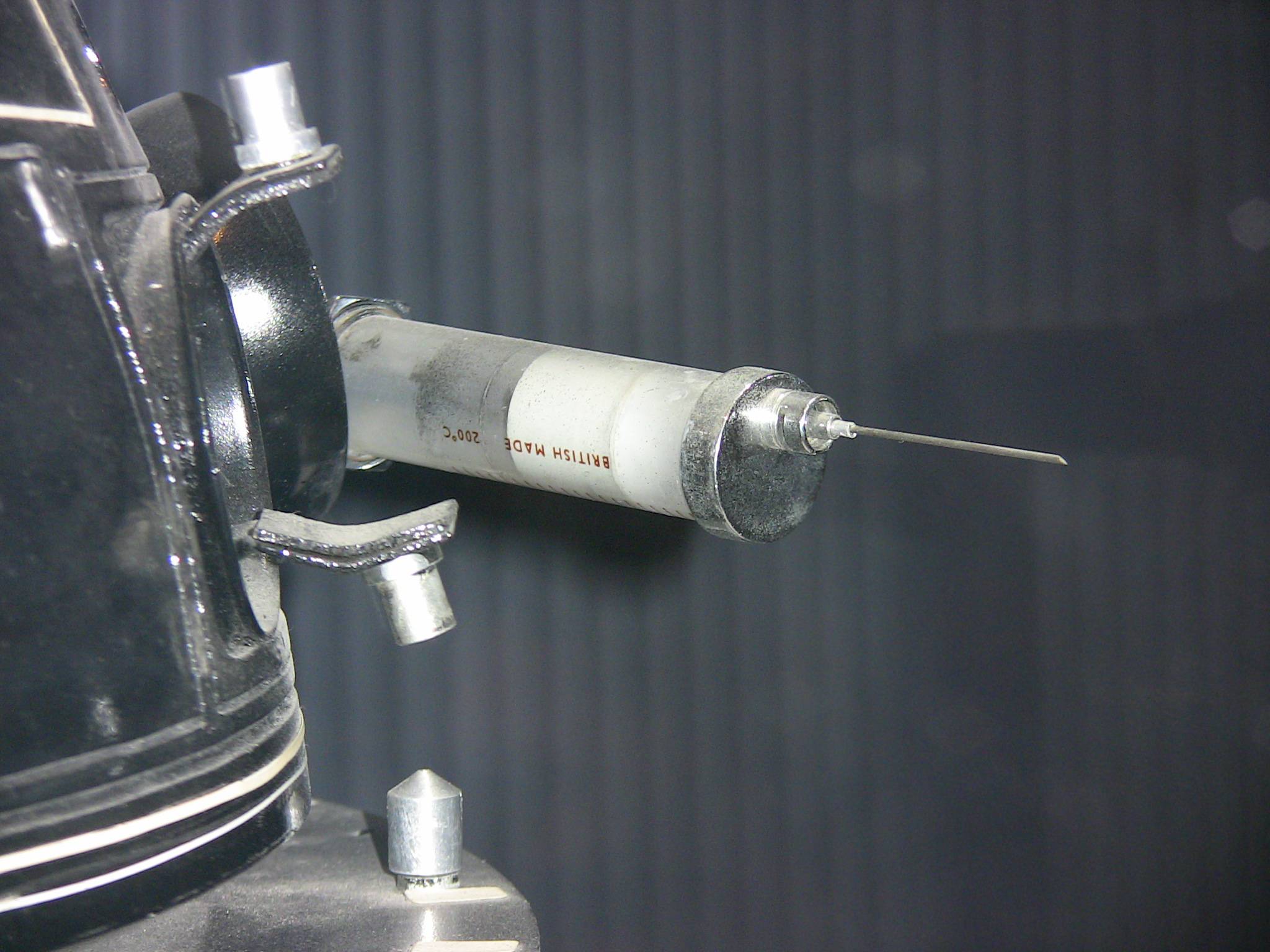 Obviously, Britain isn't in the Galaxy Far, Far Away, so this poses a problem for sticklers for continuity like... um... almost everyone on this site. Knowing the penchant Lucas and other Star Wars writers have for questionable retcons, I have to ask:

Was the appearance of "BRITISH MADE" in a Star Wars movie ever retconned or mentioned elsewhere, at any level of canonicity?

Note: I realize the label is all but impossible to see in the film, but I have heard people claim that they saw it there. Difficult for sure, but perhaps it is possible.

Firstly, you'll note that the syringe in the movie is the other way up (it's quite likely so that the words "British made" aren't visible), and whatever it said on this side isn't necessarily the same as on the other side!

Getting past that, it would be highly unlikely that anyone ever could make out the words from just the movie. Below is a screen grab from Harmy's 1080p Despecialized Edition: the syringe from the movie, and while you can see... something, it's not legible what the words are.

So the only way that anyone would know for sure what it said would have been at the museum exhibit, which is not even close to canon. If someone had seen the exhibit, there's a chance that they'd be able to make out the words that they knew were there while watching the movie. However, if you had to run blind on what it said on there, I suspect that there would be very, very few - if any - who could tell you what is written there without out-of-universe knowledge.

Not the answer you're looking for? Browse other questions tagged star-wars star-wars-legends droids a-new-hope retcon or ask your own question.

16
Why does Han Solo's blaster have a hammer and what is its purpose?
6
Are there branded products designed for mass consumption in the “Star Wars” universe?

15
What kind of droid replaced Luke Skywalker's Hand?
28
In SW Universe, is the Owner responsible for the actions of their droid?
4
Type of droid pulling Anakin and Padme's cart on Tatooine?
46
Why did the Lars family need an astromech droid?
16
What type of droid did Owen think he was buying from the Jawas?
8
Star Wars Droid Personalities
9
What did the general public think happened to the droid army?
10
What happened to the deactivated droid army?
2
How many droid-smiths are in the Star Wars Universe?