I've been trying to figure out what the name of a book I read is. There are a couple of things I can remember. The book was pretty recent, I think, and the cover was blue, maybe with birds on it.

Other than that, I can't remember anything about it, since my memory is weirdly selective. 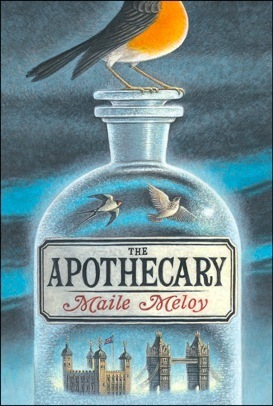 The Apothecary by Maile Meloy. The book is called "The Pharmacopoeia". Mr. Danby is the Latin teacher who might be a spy, or a double agent.

When Benjamin's father is kidnapped, Janie and Benjamin must uncover the secrets of the apothecary's sacred book, the Pharmacopoeia, in order to find him, all while keeping it out of the hands of their enemies - Russian spies in possession of nuclear weapons. Discovering and testing potions they never believed could exist, Janie and Benjamin embark on a dangerous race to save the apothecary and prevent impending disaster.

And one of the potions turns the children into birds.