Where is Vader's meditation chamber on the Executor?

Is there any indication of where Vader's hyperbaric meditation chamber is in relation to any other feature of the Executor?

And before you ask, yes, I've seen the model below but I find its lack of scale disturbing. 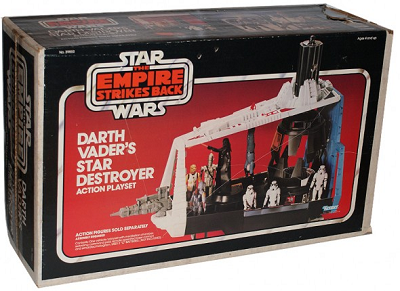 First door on the right, then hang another right. It's in the same room that every Imperial Star Destroyer has its holoprojector in (just aft of the bridge, port side). However, the one on board The Executor also has Vader's mediation chamber in it.

VADER: Move the ship out of the asteroid field, so that we can send a clear transmission. 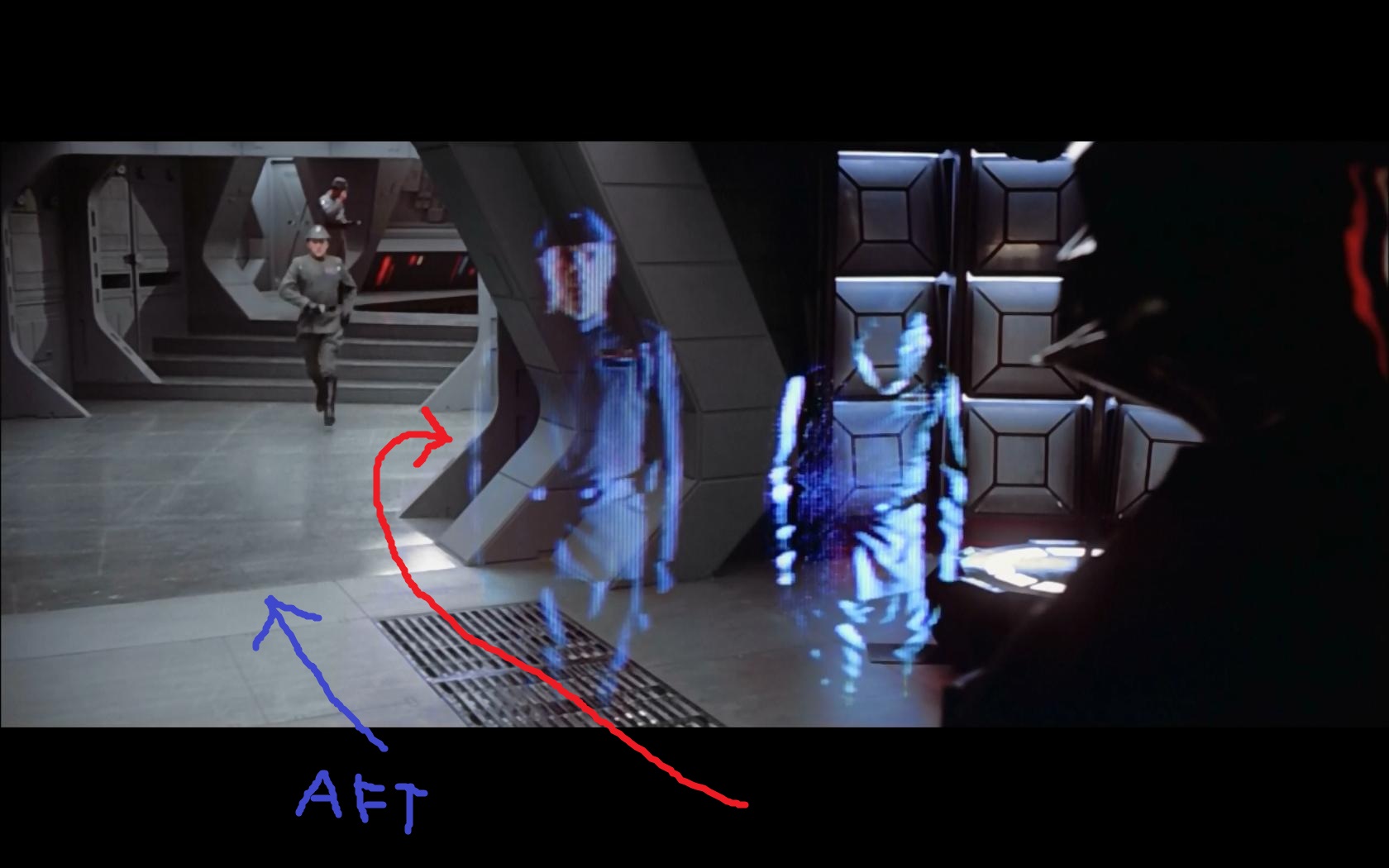 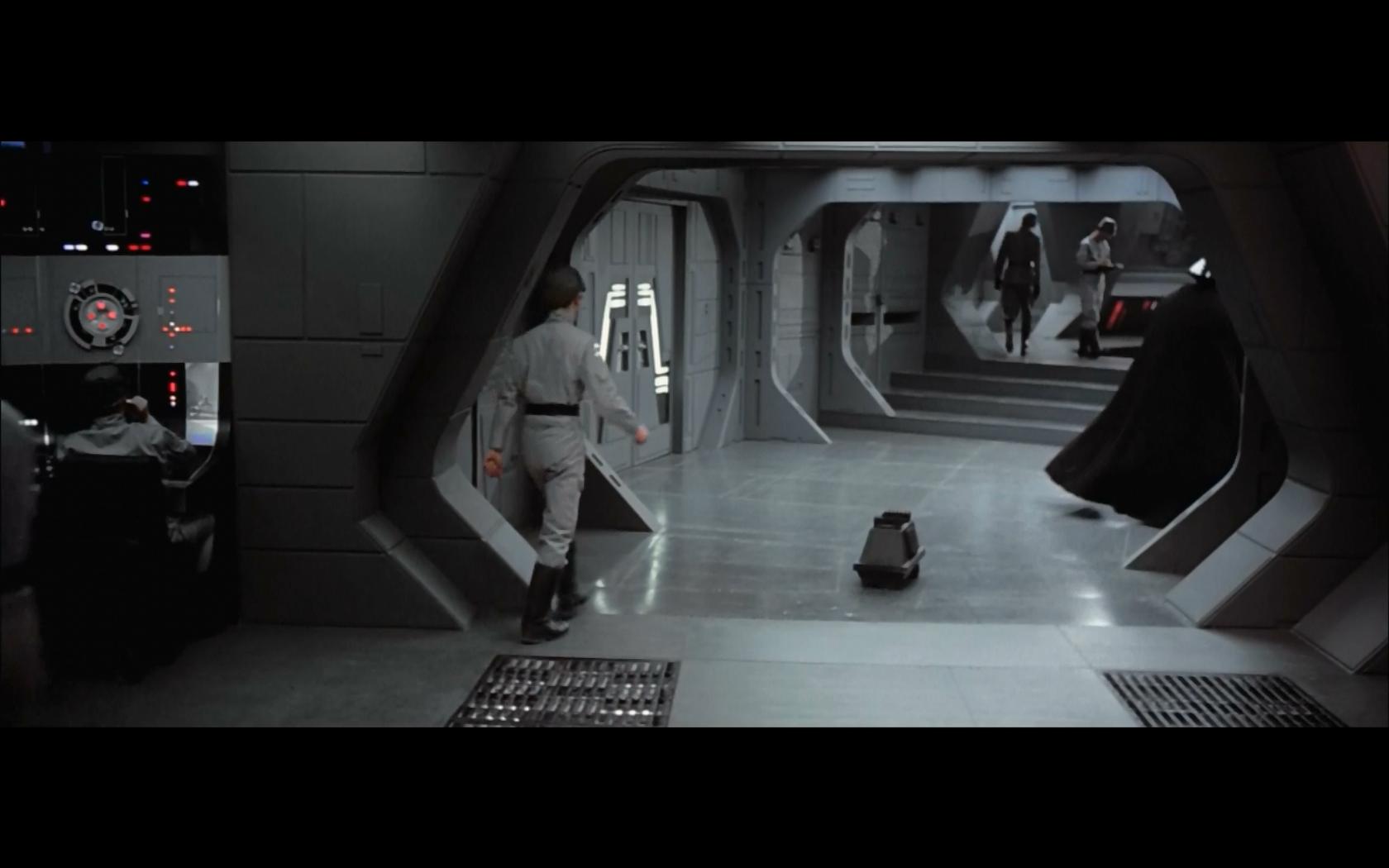 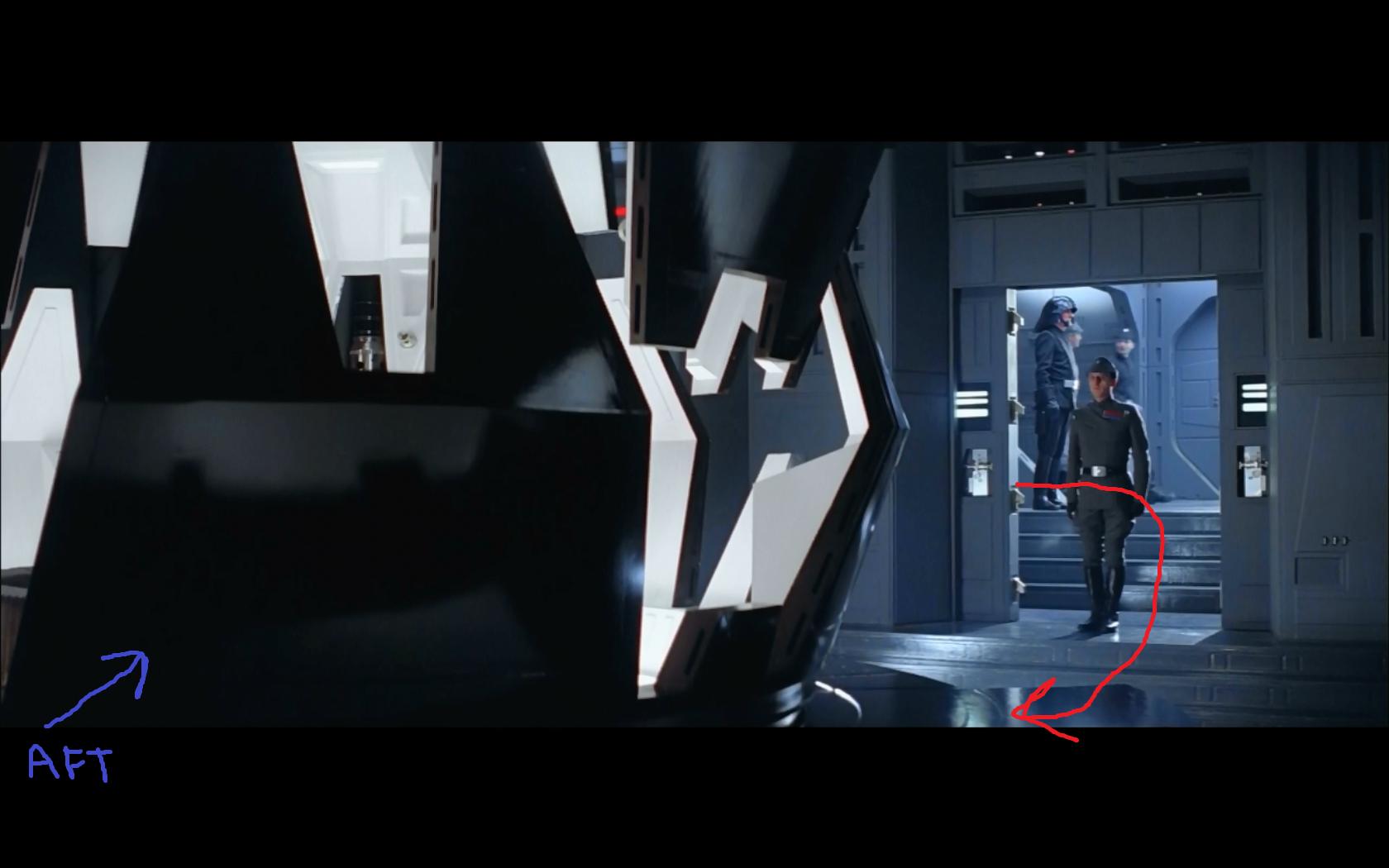 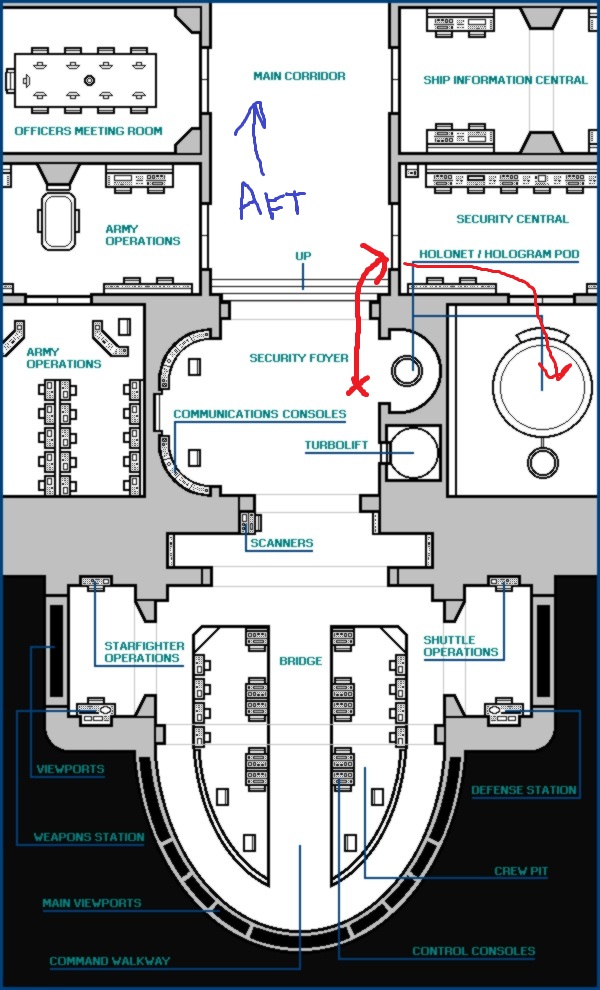 (notice the smaller holonet receiver, the one that's just off the corridor to the right in the first picture, for reference)

This holoprojection chamber was located on board the Executor adjacent to Darth Vader's meditation chamber. The chamber contained a HoloNet transceiver projection pod with which Darth Vader communicated with The Emperor.

Commanding Admiral Firmus Piett to move the Executor out of the Hoth asteroid field, Vader retired to his private chambers until the ship was clear. Stepping down from his meditation chamber, Vader strode down a short flight of stairs towards the hologram projection pod where he knelt down on his left knee to hear his master's bidding. –wookieepedia

It should say directly adjacent, as they are in the same room together. At the very least, we know it's on the same deck as the bridge (unless it has its very own turbolift) because Vader is standing right in front of the lifts when he walks-off down the corridor on his way to it.

The ship is too damn big for it to be located anywhere else. Although the cat may have gotten his tongue, Admiral Piett isn't out of breath from running through empty corridors to deliver the news.

Another way to look at it, is that Vader's chamber also has a holoprojector in it as well. However considering that the ship was basically Vader's pet project from its inception, it's more likely that if there are separate projectors, the crew use 'the other one' that had to be specially built, wherever its adhoc location may be.

Also notice the two officers on their way to lunch in the third picture. This isn't somewhere hidden deep down in the dark bowels of the ship. It's right in the thick of it, and as 'central' as possible.

I'd guess in terms of how the shooting set was laid out, it's take a right and go down those stairs: 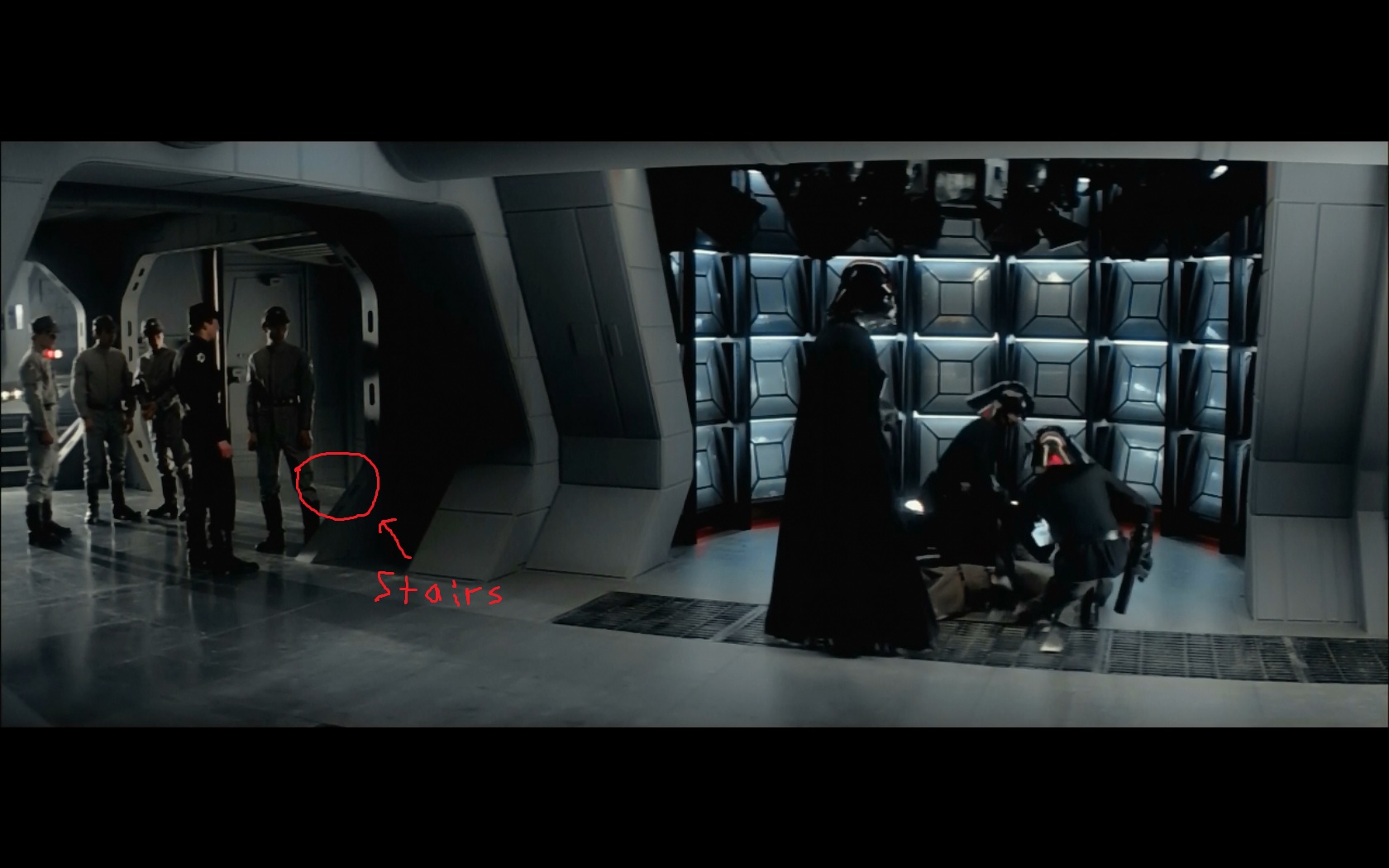 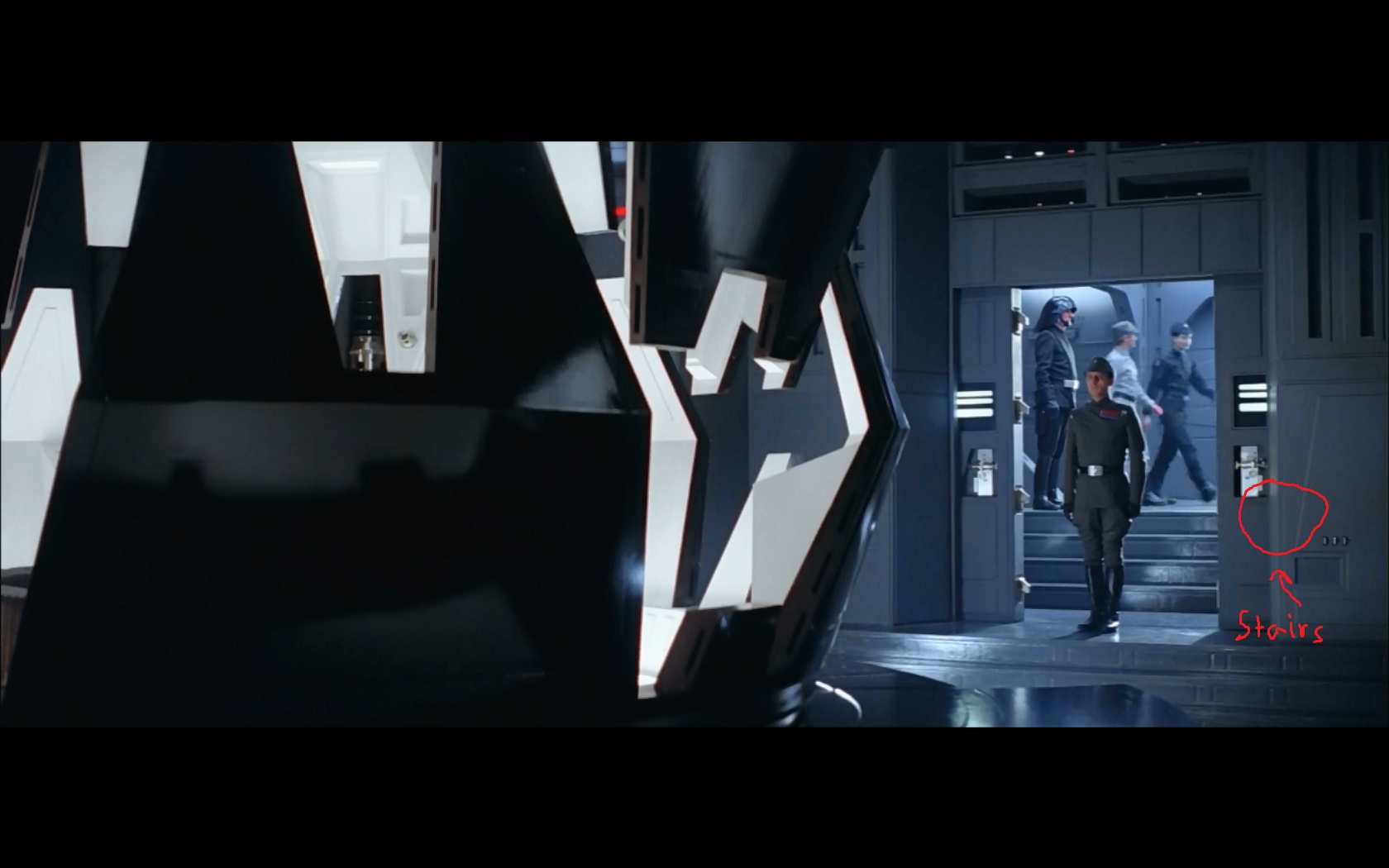 With an Editorial Bow On Top

To accommodate the space needed for his chamber to co-exist inside the holoroom, the wall separating Security Central and the holoroom was removed as well as all the security equipment. It therefore makes perfect sense that it's the first and only room after those stairs and the reason why we can see the main corridor just outside, instead of a bank of security terminals. If this is the case then "aft" in #3 should point opposite the red arrow.

Not the answer you're looking for? Browse other questions tagged star-wars darth-vader the-empire-strikes-back or ask your own question.

30
Is there any Original Trilogy canon that says Anakin has to come from Tatooine?
15
Were the Sith originally called "The Damned?"
3
Did Darth Vader's TIE fighter appear in any version of Empire Strikes Back?
12
How are Star Wars blasters properly reloaded/charged/etc.?
16
Where is Vader's fortress located?
8
Has anyone else ever flown Sabine's TIE fighter from Star Wars Rebels?
5
Who had the highest midi-chlorian count before the birth of Anakin Skywalker?
8
Lateral hangar bays on Imperial Star Destroyers
30
How do you get from one end of a Super Star Destroyer to the other?
4
What actually happened to the "remnants" of Lord Kaan's thought bomb?