Does Voldemort know about the Invisibility Cloak?

Voldemort is keen to get his hands on the Elder Wand over the course of HP and the Deathly Hallows, but never seems to show any interest in either of the other Hallows.

I can't see him caring about the Resurrection Stone, since he loves nobody but himself (though the thought of him bringing his mother back to talk to her is intriguing!). But what about the Invisibility Cloak? Even if he doesn't see any value in it for himself, he'd surely recognise it as a useful thing for his enemy to possess - and yet he never shows any desire to destroy it or take it from Harry.

Did he ever know about the Invisibility Cloak as a Hallow, and that Harry had it?

(For that matter, did he ever know that the Elder Wand was one of the Hallows, or was his thought process more like "powerful wand? WANT!" without being aware of its symbolic significance?)

“And Voldemort never knew about the Hallows?”

“I do not think so, because he did not recognize the Resurrection Stone he turned into a Horcrux. But even if he had known about them, Harry, I doubt that he would have been interested in any except the first. He would not think that he needed the Cloak, and as for the stone, whom would he want to bring back from the dead? He fears the dead. He does not love.”

Dumbledore suspects that Voldemort did not know of the Hallows (especially since he was raised by muggles and wouldn't have heard the children story) and that even if he did, he obviously did not care about them, since he had in his possession the Resurrection Stone, and didn't appear to know.

The Elder Wand, on the other hand, was not known exclusively for being a Hallow, as Hermione knew the existence of powerful wands, but not of the Hallows.

“The Deathstick, the Wand of Destiny, they crop up under different names through the centuries, usually in the possession of some Dark wizard who’s boasting about them. Professor Binns mentioned some of them, but oh, it’s all nonsense. Wands are only as powerful as the wizards who use them. Some wizards just like to boast that theirs are bigger and better than other people’s.”

“But how do you know,” said Harry, “that those wands — the Deathstick and the Wand of Destiny — aren’t the same wand, surfacing over the centuries under different names?”

It's key to note that, while the above established that Voldemort most likely did not know that the cloak was a Hallow as Nkrisc's quote shows, he definitely KNEW Harry HAD a cloak.

There's a moment in The Deathly Hallows where Harry, Ron, and Hermione apparate into Hogsmeade while it is under control of the Death Eaters. They trip the Caterwauling Charm and are hiding under the cloak. The Death Eaters come out looking for them, but can't see them. One of them tries the summoning charm on the cloak:

“Accio Cloak!” roared one of the Death Eaters.

Harry seized its folds, but it made no attempt to escape: The Summoning Charm had not worked on it.

“Not under your wrapper, then, Potter?” yelled the Death Eater who had tried the charm, ….

Harry Potter and the Deathly Hallows, Chapter 28: The Missing Mirror

EDIT: While I think it extremely likely that Voldemort knew Harry Potter possessed an invisibility cloak (the second part of the question) I don't think it's quite as clear as whether he knew it was a Hallow (the first part of the question), but other answers do a good job speculating on that.

There is no doubt that Voldemort is one of the most powerful wizards of his time. Likewise, Dumbldeore is most likely the most, however, one quote intrigues me.

If Voldemort is on par with Dumbledore, he most likely does not need a cloak to make him invisible either. Due to this, I believe he would have no use (to use) for the cloak.

In Deathly Hallows, (part two of film), the trio interview Ollivander, and an essential piece of information is revealed.

"It is rumored there are three. The Elder Wand. The cloak of invisibility to hide you from your enemies. And the Resurrection Stone, to bring back loved ones from the dead. Together, they make one the master of Death. But few truly believe that such objects exist".

Despite this, Voldemort was very sneaky, and appeared very innocent - like the time he said he was merely researching Horcruxes. With this nature, it seems he would be interested in this - what many would think - fairy tale, but with his urge for power and greed, he may have overlooked it. He has indeed overlooked extremely important things such as ancient magic in the past.

I don't have the text handy for a direct quote, but I recall that place where Harry, Ron, and Hermione each choose a different Hallow as the obvious best of the three. I think this is an important part of the story. The Hallows represent kinds of temptation, and different people are more or less susceptible to different temptation.

Voldemort's temptation was the wand, and would always be the wand, whether or not he knew of the others.

That said, Voldemort's ultimate goal was to beat death, something explicitly promised by the Legend of the Deathly Hallows. I think that, if he knew of the legend, he would have relentlessly pursued all three artifacts. Voldemort may not have desired the individual powers provided by either the cloak or the stone, but I believe he would have strongly considered the idea that uniting the three could provide the owner with the power of immortality, creating a new power that none of hallows possessed individually. That would be too good a chance for him to pass by.

For this reason, I believe Voldemort had not heard the full legend. The passage from chapter 35 of DH quoted in another answer lends credence to this view, though I disagree with that character's view of what Voldemort would have done had he known.

Of course, you could also argue that Voldemort was aware of all the Hallows, and merely chose to focus on the wand first. Once acquiring the wand, he may have then moved on to the cloak or the stone. Even raised by Muggles, one would think that one of the Death Eaters, knowing his goal, would have brought this story to his attention at some point. But I find the idea that he had not heard the legend somehow more compelling, especially given he turned the Stone into a horcrux.

The quote that Himarm found contains the key:

“The Deathstick, the Wand of Destiny, they crop up under different names through the centuries, usually in the possession of some Dark wizard who’s boasting about them.  Professor Binns mentioned some of them, but — oh, it’s all nonsense.  Wands are only as powerful as the wizards who use them.  Some wizards just like to boast that theirs are bigger and better than other people’s.”

The owners of the Elder Wand boasted about it, and used it (presumably in quite visible fashion) to defeat other wizards — and were, subsequently, killed because they possessed the wand.  Thus, its existence was widely known.  The Invisibility Cloak, on the other hand, is a defensive weapon that works on the principle of stealth.  Its value and power are diminished when your adversary knows that you have it (note that Draco was able to petrify Harry on the Hogwarts Express while Harry was cloaked), so its owners kept it a secret.

TL;DR: I find it perfectly plausible that Voldemort did not know that the Invisibility Cloak existed.

Yes. According to newly released canon, Voldemort was searching for the Hallows, and thus knew about the cloak. 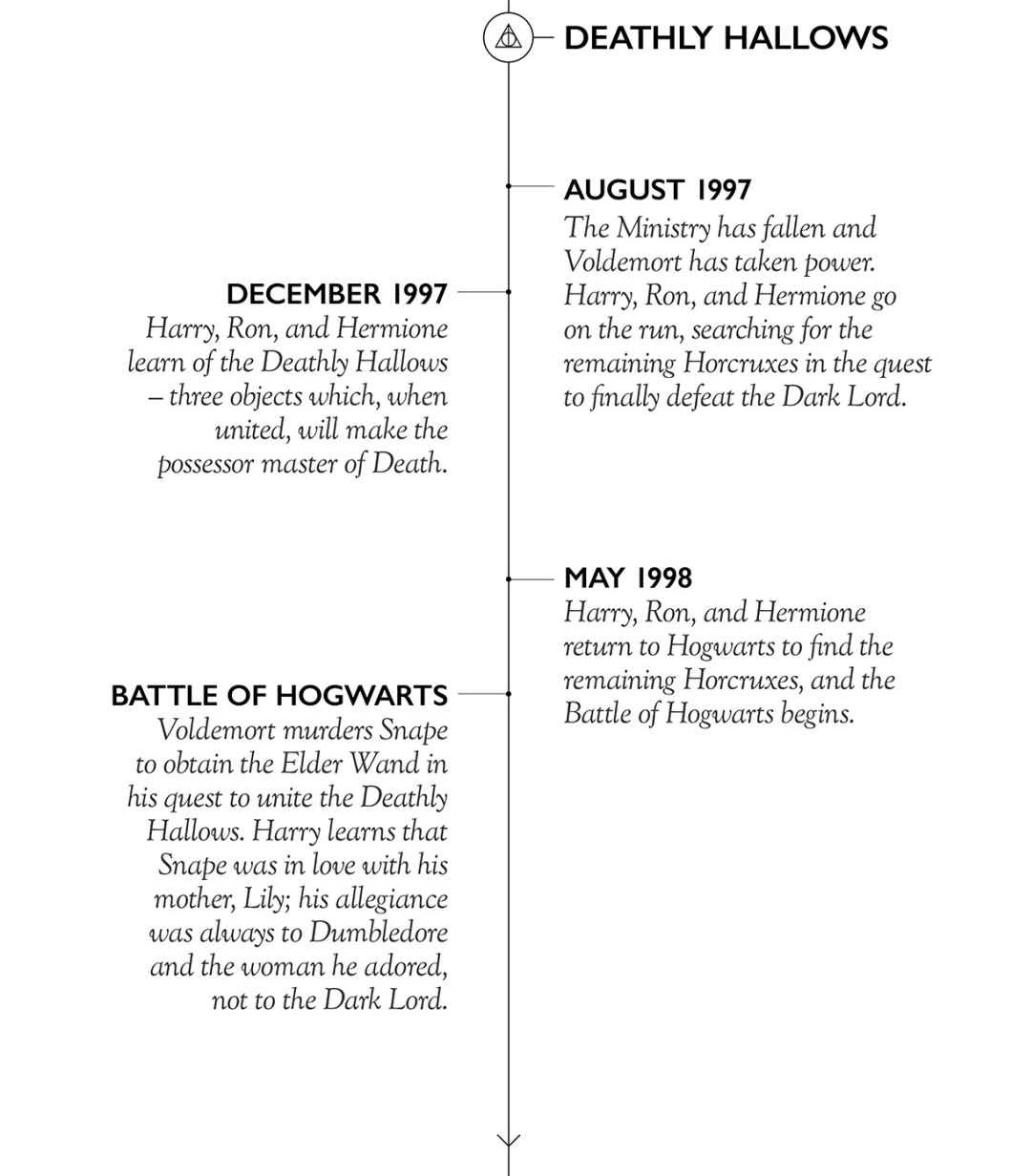 Not the answer you're looking for? Browse other questions tagged harry-potter voldemort deathly-hallows invisibility-cloak or ask your own question.

34
What did Voldemort intend to use as the horcrux he planned to make by killing Harry Potter?