Is there any functional reason a phaser has a button instead of a trigger?

I've always thought it was a little odd that modern phasers don't have triggers, but have buttons instead.

Older phasers came with triggers, or at least something that very much resembled what we would call a trigger. 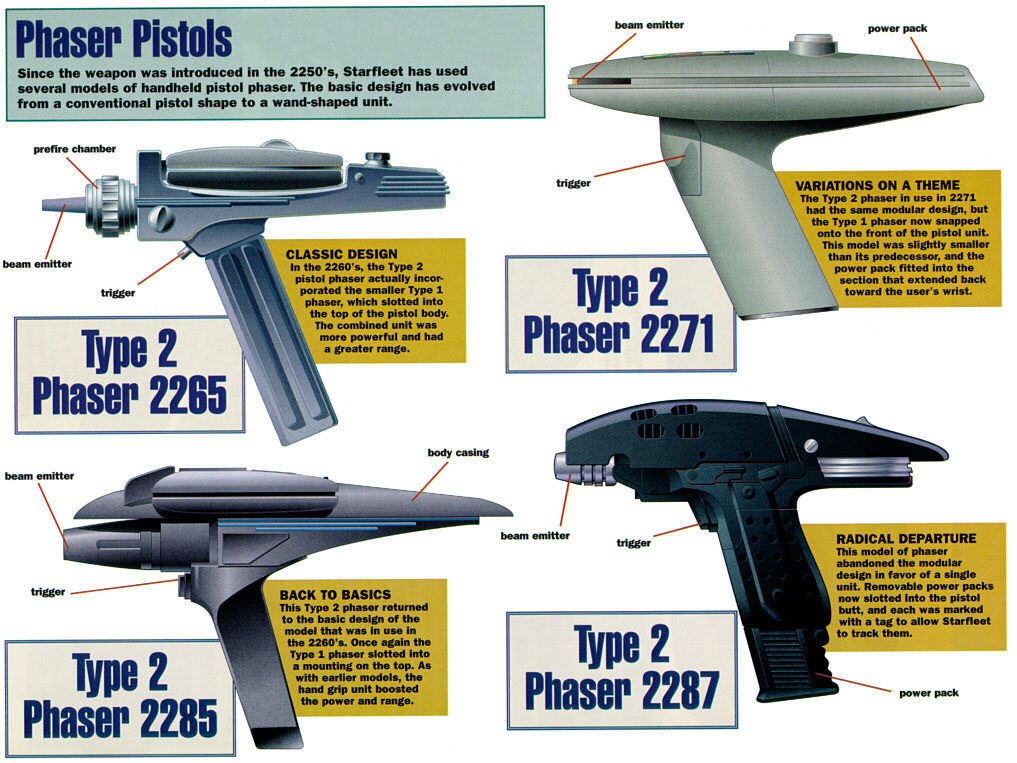 Sometime post model 2287, the Federation decided to ditch the trigger and use a button instead.

In-universe, do we have any idea why they would replace a trigger on the bottom with a button on the top?

Is there some sort of tactical advantage? 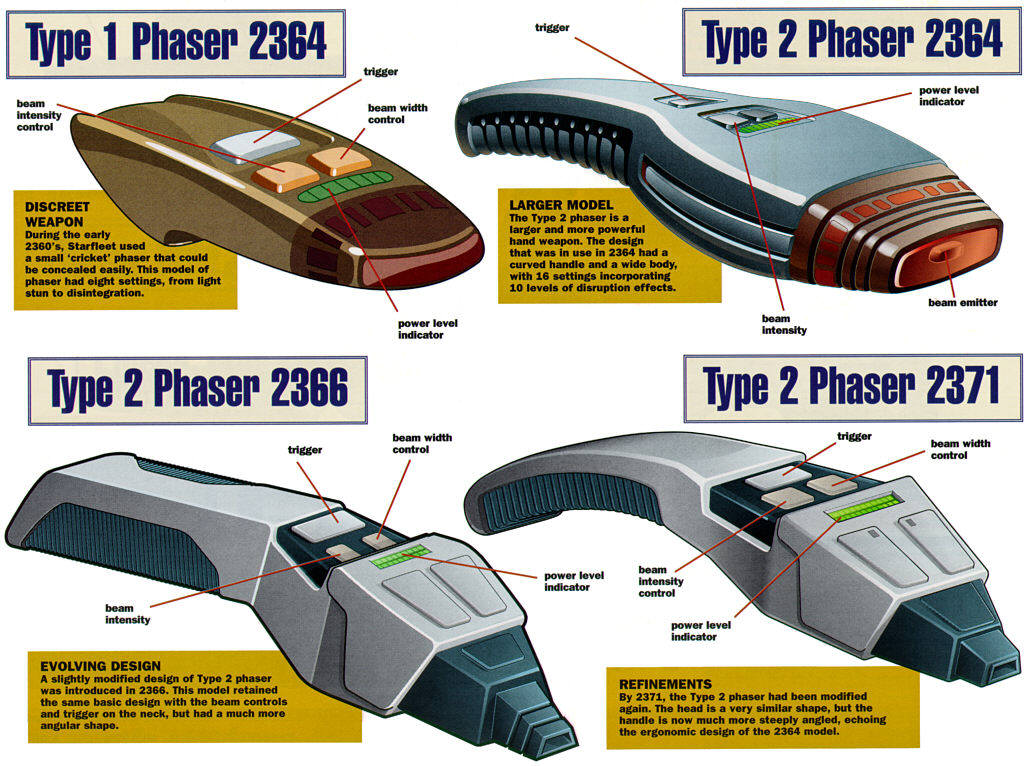 The answer is in the picture you posted:

DISCREET WEAPON: During the 2360s Starfleet used a small "cricket" phaser that could be concealed easier.

Later designs are incremental improvements on this design.

People are comfortable with things that are familiar. When designing weapons, particularly for military use, muscle memory is strong contributing factor to design. For example, pilots initially had trouble with the flight stick in the F-16 because it responded to pressure, but didn't move. Eventually, it was redesigned to give a bit of the feel that pilots expected.

It's a very tiny weapon, designed to be easily concealed (as your image indicates). It is cradled in the hand rather than gripped like a modern firearm. There's not a lot of surface area underneath, and the traditional trigger finger is an important part of supporting the weapon. Moving the activation button to the top makes sense. You don't want to jostle your grip (and your aim) by moving a significant supporting digit. The grip makes sense here, because they're clearly trying to make a very small weapon, and a conventional pistol grip would result in a much larger weapon.

The larger phasers have a similar grip style and a functionally identical trigger mechanism, the top-mount thumb-trigger. This keeps training for the Type 1 weapon relevant for Type 2 weapons. The skills learned for one weapon are transferable to other similar weapons.

Of course, the Type 3 Phaser is significantly different, which serves as a good reason for why phaser rifles aren't used more often. Most people aren't sufficiently trained in them to carry them when you don't really need the extra firepower.

I don't think it matters too Much, it's a matter of modern aesthetics.

A trigger in a gun was mechanical, whereas in older phaser that are pistol shaped the trigger is really just a button. In modern phasers which are not pistol shaped any longer but shaped more like a TV remote a topside button makes more sense.

In either case they performed the same function.

I very much doubt that any real weapon designer would have come up with any of the designs above because they are going to be very difficult to aim. The 23rd century "trigger" designs lack any kind of sights, and the 24th century designs compound this fundamental flaw in the following ways:

In short, I don't believe there is a good in-universe answer unless you want to posit a corrupt supply chain or crazy ideologue in the Starfleet Weapons Procurement Division.

(Edit: the crazy ideologue in question believes that, since Starfleet is primarily a diplomatic and scientific service rather than a military force, the standard issue sidearm should be an overpowered toy rather than a real weapon)

12
Why aren't phaser rifles used more often?
12
How to aim with a phaser?

44
Has there been any contact with life outside our own Milky Way in the Star Trek universe?
7
What was the reason for using a new ship instead of The Enterprise in ST:VOY?
4
Is there a reason for forehead differences in Star Trek?
6
Have we ever directly witnessed a phaser safety override in any Star Trek series besides TOS?
29
Is there a reason Dr. McCoy has a decorative lizard thing on his sickbay wall?
1
Is there any known reason why the torpedo launchers are different between Kelvin and Enterprise?
2
Any reason why the older starships seem more resilient?
7
Has there ever been any suggestion of any interaction or connection between the Q & the Traveler in Star Trek?