Which Clark Gable movie did Edith Keeler want to see with Captain Kirk? 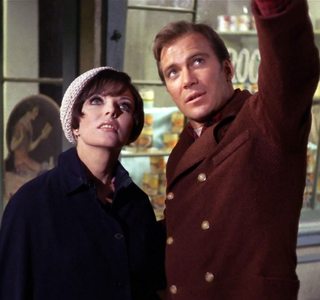 In "City on the Edge of Forever", Edith Keeler says to McCoy,

"I have to go. My young man is taking me to a Clark Gable movie."

"If we hurry, maybe we can catch the Clark Gable movie at the Orpheum."

Which Clark Gable movie did she want to see?

Official sources such as script notes, interviews, and episode novelizations are welcome of course, as are extended universe materials.

But I would also accept an answer based on reasoning about Clark Gable films that were in cinemas during that year and in that location.

It's an anachronism, there is no such film

The City on the Edge of Forever is set in the year 1930 (emphasis mine):

Kirk: [reading from a makeshift tricorder] February 23rd, 1936. Six years from now. The President and Edith Keeler conferred for some time today

Star Trek Season 1 Episode 28: "The City on the Edge of Forever"

However, Clark Gable simply wasn't a household name in 1930. According to his Biography.com page his breakout role was The Painted Desert, which was released in March 1931 and, according to The Film Daily (the main source for entertainment news at the time), still in production in December of 1930:

Activity at Pathé is about at its highest rate since E. B. Derr became production chief. Two specials starring Bill Boyd, "The Painted Desert" and "Beyond Victory" are being edited.

If you look at Gable's filmography, he doesn't even start getting his name on the poster until Laughing Sinners, released in May 1931, and doesn't get top billing until August's Sporting Blood. Although he did appear in films released in 1930, he was an uncredited extra and it's doubtful that Edith would have known about him.

Note that Gable's name was a last-minute addition to the episode; the shooting script (uploaded by a fan), which is dated January 1967, has Edith mentioning Richard Dix, a far more period-appropriate reference:

Edith: If we hurry, we can catch that Richard Dix movie at the Orpheum. I'd really like to see it, Jim...

Star Trek Season 1 Episode 28: "The City on the Edge of Forever" (shooting script)

According to his IMDB page, Dix appeared in two movies released in 1930:

It seems like the Star Trek universe had an extra Clark Gable film; this requires less hand waving than Edith Keeler being aware of a then-obscure actor in a minor role.

One might speculate that this movie was part of a chain of events which, through the butterfly effect, caused the varied and increasing divergences between Star Trek's 20th and 21st centuries, and our own. For instance: an electronics industry which used (and needed) 29th century technology in order to advance, advanced genetic engineering resulting in a 1990s Eugenics War, and so on. The movie may be close to the beginning of the chain of events, or may itself be a consequence of earlier changes to the timeline, such as Sam Clemens's adventure in the 24th Century.

According to Wikipedia, there can only be one.

We know that the events in The City on the Edge of Forever were set in the 1930s. This is then narrowed down to 1930 by Keeler's obituary in a 1930 newspaper (Source).

Wikipedia tells us that in 1930, there was only one Clark Gable film - Du Barry, Woman of Passion. As Wiki tells us that this wasn't a film where he was featured (he was just an extra), it seems that Keeler probably was a major fan of Clark Gable to say that it was a 'Clark Gable Film' that he was in when he wasn't even a major character.

The more likely explanation is that in @Jason Baker's answer, however if we take it at face value, this is the only new movie of the time he could have been in.

14
Did Captain Kirk take advantage of Drusilla?
3
Did the 5 year mission begin and end with Kirk in command?
8
Did Captain Kirk underact when he found his brother dead?
5
Did Spock ever say “impressive, Captain”?
12
Could Captain Kirk have lived long enough to meet Picard?
7
Did Kirk ever send multiple landing parties?
15
Did Edith Keeler really have to *die*?
3
How could Edith Keeler have been hit by a car if she wasn't there?
13
Why did Kirk beam 10 miles away from his goal?