Why would anyone use stormtrooper armor?

This has been bugging me for some time: Why would any military organisation in their right mind ever use an army of soldiers in full-body armor, including helmets that completely cover their faces? As the title suggests, I’m thinking of the stormtroopers. To me, stuffing them into such an armor sounds extremely counterproductive, for the following reasons:

Are there actual examples of similar armies in full-body armor in the galaxy not very far away? (EDIT: Just to be clear, what I mean by this is from Planet Earth.)

1) Actually, the helmets enhance the senses, as the helmets have holographic HUDs, and there are speakers and microphones in the helmets to pick up sounds, as I point out in this answer.

2) Uniformity is a big thing everywhere. Almost every army ever has done this thing. In the case of the Empire, it drives home not getting attached to things, such as TIE pilots not getting attached to a specific TIE. (it also makes it a lot easier to manufacture if they're all the same). It also helps drive away their individuality, ("You're no longer Bill Billerton, you're now THX-1138!")

3) This happens a lot, and really can't be prevented. In large groups anyone can blend in, and it isn't just storm troopers.

4) Yeah, it would be expensive, and this it doesn't make sense.

5) Harsh environments: you mean like the desert (sand is coarse and rough, and it gets everywhere), or a snowy icy place? Or a humid jungle planet? Troops were shown in different environments in the movie, and in the clone wars cartoon the clones were in even worse places with just their armor and were doing fine.

6) It wasn't designed for camouflage, but it beats wearing bright red uniforms. It was designed to be a large imposing force. Though according to the visual encyclopedia for episode 3, it was designed to make the troops look more heroic, like white knights.

Also, the best example of a full bodied armored force would be the Clone army, where the storm troopers are descended from.

In EU, there were forces like the Mandalorians, the Echani who wore full body armor.

I'll address some of your points here:

Harsh Environments- In ANH, when the first Death Star catches the Millenium Falcon, several stormtroopers are seen in the trench on the station's outer hull (seriously, go see for yourself). In ESB, the snowtroopers invading the rebel base on Hoth have much superior protection from the cold compared to the rebels.

Armour Expense- This is from questionably canon sources (Imperial Handbook: a Commander's Guide, for example), but the Stormtrooper Corps doesn't make up the whole Imperial army, rather an elite division like the US marines (yes, I'm aware they're only decent shots when the script needs them to be).

Camoflague- Stormtroopers are never about concealment, they're delberately overt and in your face, to strike terror in the masses from the start.

Other examples- I'm not absolutely certain of this, but Mandalorian armour (what Boba Fett wears) would probably be a good candidate.

Well, in legends, (according to the Imperial Handbook) Stormtroopers aren't the whole Imperial army, they only make up an elite division similar to the United States Marine Corps, and most of the rank and file Imperial soldiers wear very practical military gear similar to this: 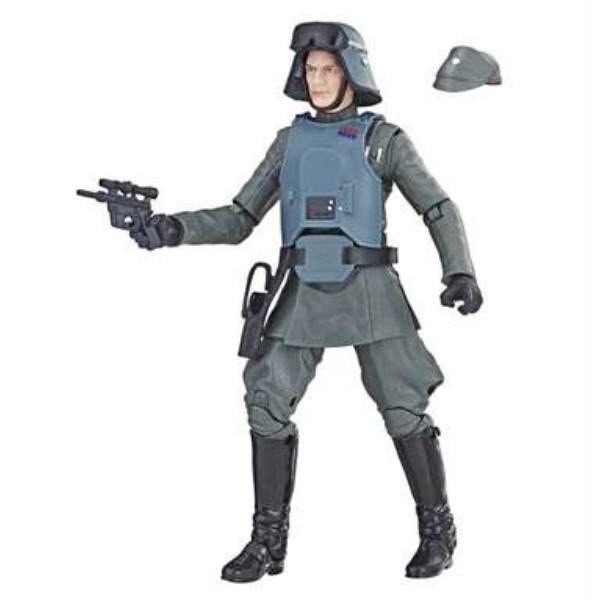 The Imperial Storm Troopers would wear advanced full body armor because they are the knife's edge of the Empire and need that advantage to do the operations that they do. To answer some of your questions:

47
Do Stormtroopers ever use the sights of their E-11 blaster rifles?
17
Are old order stormtrooper helmets more sight restrictive than clone helmets?