Is there any knowledge on who the six other members of the “Knights of Ren” are?

Looking at the wiki page on this group, it says that the Knights of Ren consist of Snoke (the leader), Kylo Ren (one of the knights), and six others. Are there any clues or canon details that indicate who the other six people are?

We now have a great deal of information about the Knights of Ren including their identities (Ap'lek, Cardo, Kuruk, Trudgen, Ushar and Vicrul), that their order was originally founded by a man named Ren, that they're all mildly Force sensitive and that they report to Kylo Ren (but ultimately to Snoke/Palpatine).

An enclave of masked warriors wielding distinct weapons for ranged and close­quarter combat, the Knights of Ren are elite, fearsome enforcers of Kylo Ren's dark will. 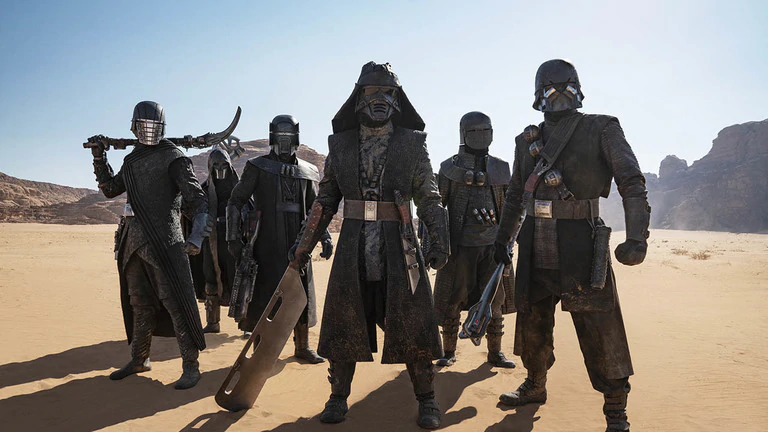 Not the answer you're looking for? Browse other questions tagged star-wars knights-of-ren or ask your own question.

33
Where were the Knights of Ren during the events of The Force Awakens?
26
When did another “Knight of Ren” played by Mark Stanley appear in “The Force Awakens?” Is anything known about his role in the film?
0
What happened to the rest of Luke's pupils?

26
When did another “Knight of Ren” played by Mark Stanley appear in “The Force Awakens?” Is anything known about his role in the film?
2
Do the Knights of Ren follow the Rule of Two?
5
Have any of the masks of the Knights of Ren been seen before?
7
Has Kylo Ren actually met Supreme Leader Snoke?
9
Did Snoke have any other apprentices before Kylo Ren?