When the military takes the group in, they take Marlena away behind a curtain when

they realize she has been bitten.

We see commotion, hear yelling and in silhouette, what appears to be

In the commotion, it's hard to make out what's going on.

Did something from the bite cause her head to explode? Was she killed by the military as a preventative measure? Or was that someone else's head that exploded?

The director has confirmed in an interview that she did indeed explode.

MTV: We all remember the scene where the medics realize that Marlena was bitten by one of the little monsters. They pull her behind a see-through curtain, and then there’s blood all over the place. What happened there?

Reeves: She explodes. All of the medical technicians and all of the military start reacting to the realization that she has been bitten, because other people had been bitten and had horrible fates befall them. If you watch closely, you’ll actually see one guy in particular get wheeled [past the camera], and his innards have exploded from the inside-out. … Apparently, there is quite a bad effect from the venom of these little parasites.

MTV: So once these things bite you, you’ll begin to swell and eventually explode.

Reeves: Yeah, it has a bad effect. It’s not something you would want to partake in.

WARNING: Graphic images ahead... View spoilers at your own risk...

Somewhere around the midsection. 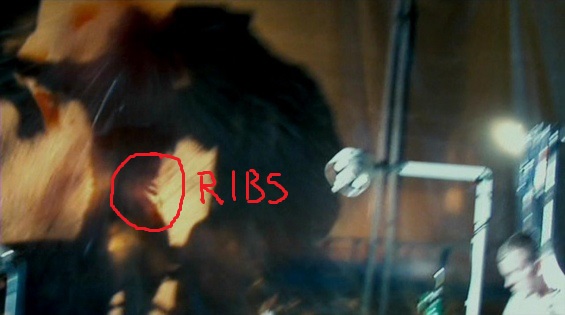 Note two ribs exposed above her waist on the right side of the picture.

She is a skinny girl, but something from the bite caused her to suddenly swell up in the middle and violently explode: 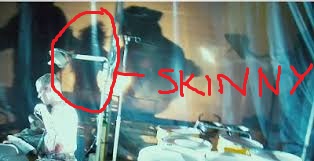 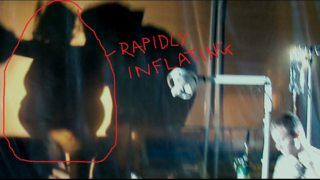 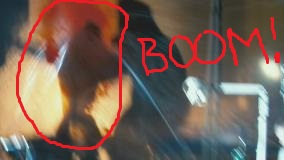 Not the answer you're looking for? Browse other questions tagged cloverfield cloverfield-2008 or ask your own question.

13
What crashed into the ocean near Coney Island?
8
What did Howard get Megan for her 13th birthday?
12
What, if any, relationship is there between Cloverfield, 10 Cloverfield Lane and The Cloverfield Paradox?