Were the sizes of the armies in Peter Jacksons' LOTR movies true to the books?

In the books, Tolkien often mentions specific numbers of warriors/units when describing the armies. In Peter Jackson's movies, he uses dramatic camera sweeps and large overviews to show the size and power of the forces.

This page gives counts and ranges of the various army sizes in the Middle-Earth books.

I wonder, were Jackson's renderings true to the numbers that Tolkien indicated? Or did he inflate them for cinematic effect?

Edit I am specifically asking about the visuals, if the visually depicted number of soldiers match the numbers in the books. It seemed to me, when I watched the movies, that the armies had many more soldiers than what had been stated in the books. I assumed that Jackson had done this for visual effect, to make the armies look large and intimidating to a perhaps-jaded audience. But, I wanted to somehow fact-check my perception.

Regardless of what's in a script or on a storyboard, the animators had to (somehow) programmatically indicate an integer number to the renderers (even if, say, they clicked on "10-15,000"). During the creation process, they could have sat down, reviewed the film, and said "This army looks small-- bump it up a bit, it's not scary-looking."

Wikipedia says that the Rohirrim brought 6,000 cavalry to the Battle of the Pelennor Fields.

Here are some images of 6,000 people in formation:

(Note, while the event had 25,000 participants, only 6,000 people were present at the particular location in this image) 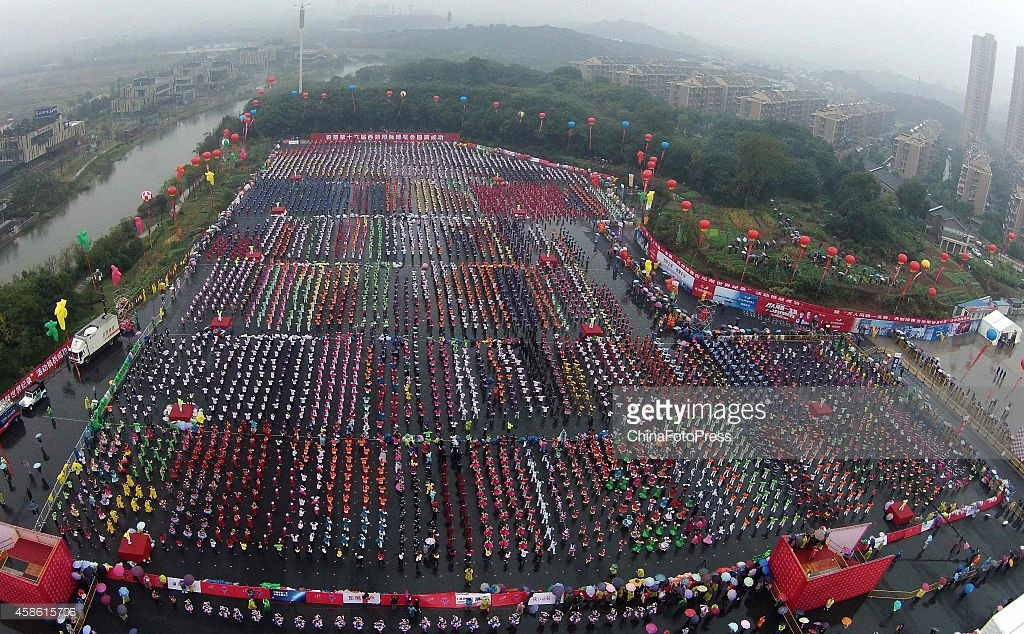 And an image from the movie:

They appear to be roughly the same size crowd - the Rohirrim look more crowded, but that is because they on horseback.

Interestingly, Aragorn apparently had 6,000 men at the Battle of the Black Gate

Obviously, they've bunched up a bit more, but that still doesn't look like 6,000 in that image.

As for Mordor's and Orthanc's armies - the book numbers tens of thousands at each of their battles. Apparently, this wasn't enough for the moviemakers, and so they created larger orc armies (from the Extended Edition appendices)

So, to answer your question - yes and no (depending on the army in question).

Not the answer you're looking for? Browse other questions tagged the-lord-of-the-rings tolkiens-legendarium adaptation-comparison or ask your own question.

3
How many men fought for Gondor at the Battle of the Pelennor Fields?

13
Were Uruks (as a breed) created by Sauron or Saruman in LOTR books?
10
How big were various armies in the War of the Ring?
16
How did Saruman's army reach Helm's Deep so quickly?
23
How much did Tolkien write about the connection between WWI and his work?
2
Are the Uruk-hai in the LOTR books the same as the Orc-Men cross-breeds Saruman created?
21
How large were Saruman's and Sauron's armies?
28
How did Aragorn, Legolas, and Gimli know what Uruk-hai were?