There was scene where two characters are on a flying ship in the air, and staring out into the sky. I also remember something about reverse aging and the girl's hair turning white to brown for some reason so that she could be with the other character.

It also didn't seem like an American or British animation, probably Korean. But it was in English, so please help. It's bothering me so much!

story-identification animation
Share
Improve this question
edited May 19, 2017 at 15:35

Are you thinking Howl's Moving Castle? 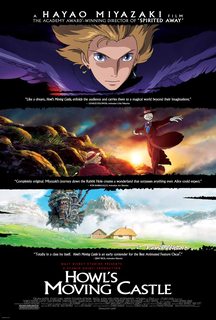 Sounds like it could be your film. Sofi is a teenage girl who is aged by a spell, and she reverts on occasion into her younger self, typically when she's with Howl, the magician. They fly on a winged contraption at one point after fleeing the Queen's castle.