Why is Supergirl vulnerable to Bizarro's powers?

In the recent episode of Supergirl, "Bizarro", we encounter (obviously) a Bizarro version of Supergirl; similar to the Bizarro from the comics, this Bizarro Supergirl has opposing powers to Kara's: freeze vision, heat breath, etc.

I can understand how a super-powered being could physically hurt a Kryptonian, but why would Kara be vulnerable to, for example, Bizarro's flame breath? She's proven more than once to be fireproof. Is there something special about these powers that makes them dangerous to Kara?

(Unless I missed something, I don't think there's anything in the show to explain this so I'm also willing to accept comparisons to Bizarro from the comics.)

Why wouldn’t she be?

Kara seems to be susceptible to Bizarro’s powers across the board. It’s not only Bizarro’s flame breath that can be presumed to be harmful to Kara, but her freeze vision as well. 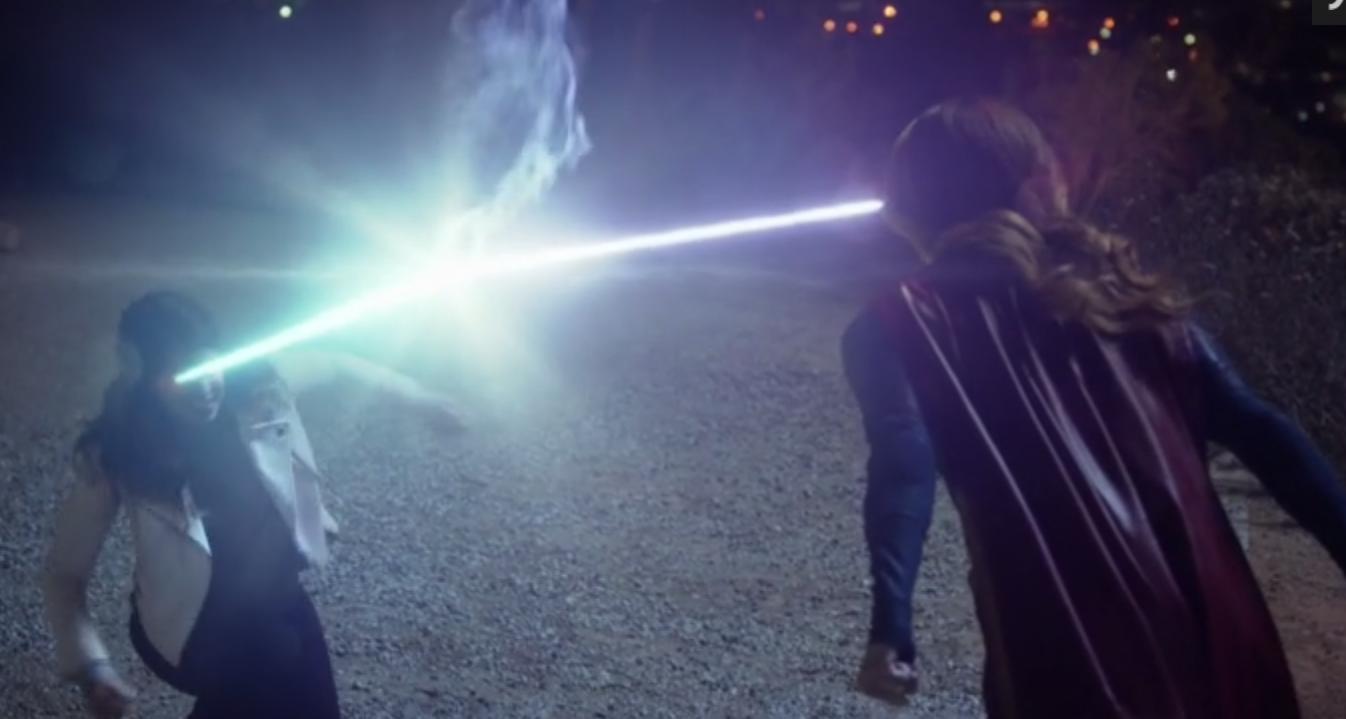 Kara expends a great deal of energy blocking Bizarro’s eye beams, which she wouldn’t do unless she thought she could be harmed by them. In fairness, she probably would have assumed at that point that it was ordinary heat vision, but the fact that she blocked them indicates that her own heat vision might harm her (at sufficient strength). If this is the case, the ice vision (being equal and opposite) is presumably equally powerful.

In the comics, we see something similar: 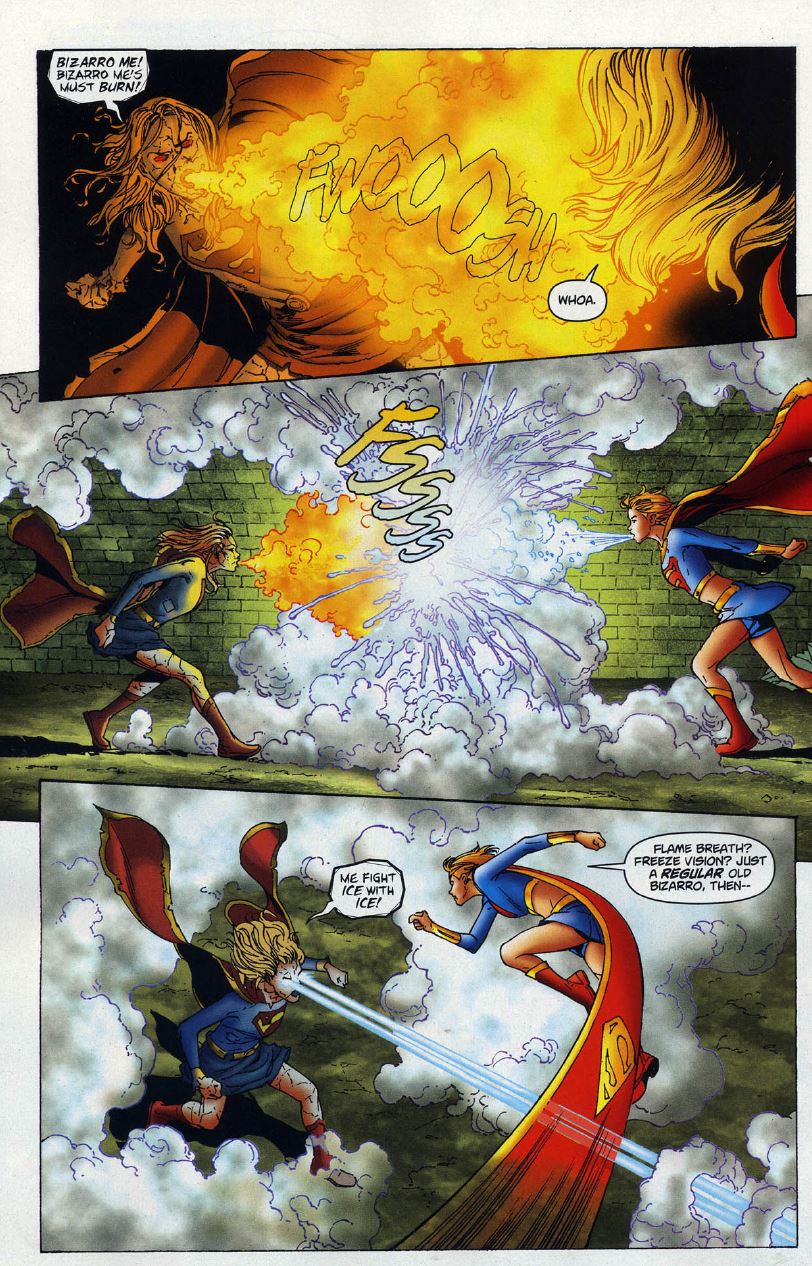 Supergirl blocks Bizarro’s flame breath and dodges her eye beams. Clearly she thinks they might be dangerous—which wouldn’t be the case if she were completely fireproof.

At a more basic level, this is not really surprising. If an ordinary person walks up to Supergirl and punches her, she’s barely going to notice it. On the other hand, if Bizarro punches Supergirl, she might actually injure the latter: 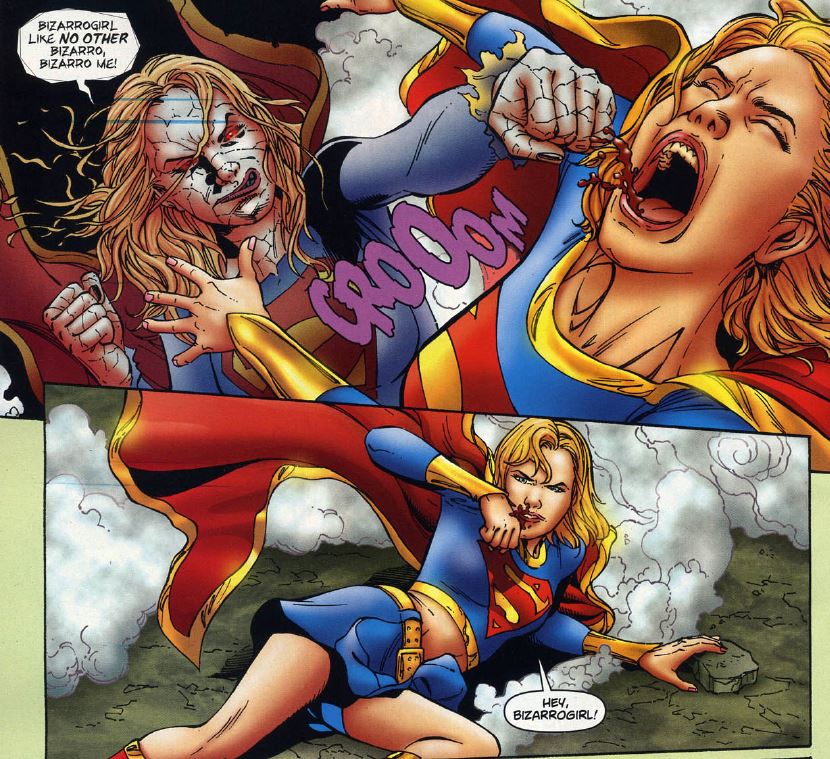 Supergirl is not punch-proof: she’s highly punch-resistant. She’s invulnerable to most physical attacks because the energy output of those attacks is so small relative to her toughness.

So there’s no reason to expect her to be fireproof: she’s fire-resistant. Sure, an ordinary candle flame isn’t going to hurt her, and nor is a five-alarm fire, as amply demonstrated earlier in the series. Maybe even flying into the sun won’t. But Bizarro is also super: her flame breath can be much hotter than anything Supergirl has experienced before: hot enough to burn Supergirl, just as Bizarro’s punch is strong enough to injure her.

Indeed, according to the (admittedly unreliable) DC wiki’s description of a different Bizarro, Bizarro’s flame breath may actually be “super-heated plasma or lava-like fluid.” The former in particular can get a lot hotter than most house fires.

The energy output of Bizarro’s powers and that of a mundane fire are vastly disparate. Thus one can be no more than a nuisance while the other poses a real threat.

Furthermore, in the TV episode,

Bizarro Girl is exposed to green Kryptonite, which instead of killing her makes her even stronger than Super Girl.

the only way they could stop Bizarro Girl was to weaken her by exposing her to blue kryptonite.

40
How does Supergirl get her ears pierced?
4
Why is Superman special to Supergirl?
8
How did Superman know Supergirl was his cousin?
8
Why could Supergirl not breathe in space?
6
What city was Supergirl referencing?
0
Supergirl (CW): Searching episode with POV view of Kryptons destruction
1
In Supergirl, does Alex have telekinesis?