What is the canonicity of the new “Lego Star Wars: Droid Tales” TV show? [duplicate]

Since they were produced after April 2015, is their canon status any different to the other Lego: Star Wars properties?

In the above (completely canon) movie clip, we see that Dooku, a human, dies when his head is removed. 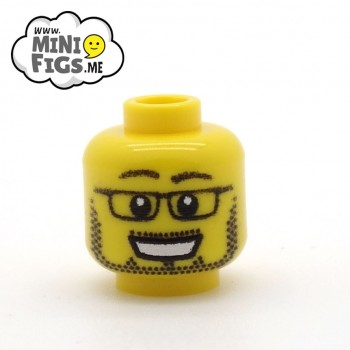 In the above picture, we see a Lego human whose head has been removed. Note the Lego approximation of vibrant eyes and a happy smile on his face.

We have established two things:

∴ All Lego movies are not within Disney Canon.

This was discussed in an interview with the show's creator, Michael Price. Their brief was to have the shows recap the events of the films while still trying to maintain the same sense of fun seen in the earlier Lego shows.

In short, although the shows feature a number of shot-for-shot remakes of canon scenes from the films, the 'Lego: Droid Tales' shows are themselves 100% non-canon.

We had fun weaving in and out of canon ... We're playing inside the canon ... Still being respectful of the movies, but having fun.

Well, Droid Tales is a totally different animal than our previous shows in which our stories took place on the periphery of the canon movies. The Padawan Menace and Yoda Chronicles took place between the events of Attack of the Clones and Revenge of the Sith, while The Empire Strikes Out and The New Yoda Chronicles took place in the immediate aftermath of A New Hope. So we were free to cook up our own stories involving the classic Star Wars characters and have fun mixing and matching people and worlds in fun and fanciful ways. But with Droid Tales, we were now working within the canon.

Our brief was to recap the stories of the original six movies for a young audience, while at the same time maintain the level of playfulness and humor that we brought to our previous non-canon shows. It was a tough nut to crack, since we had to boil a two-hour-plus movie into a 22-minute show. In the case of The Phantom Menace and Attack of the Clones, we had to squeeze both of those movies into one episode and introduce our framing story. So it became a game of finding the most expeditious way to relay the most important plot points, while at the same time finding room for our little jokes and satiric points about the films. Somehow, we got it done.

Q. Since Droid Tales, like the other Lego-based Star Wars shows, isn’t exactly canon, do you need to vet anything with Lucasfilm’s Story Group [the division in charge of canon and continuity across the Star Wars universe]? How much oversight do they have on your work?

A. From day one of The Padawan Menace, I’ve worked very closely with Lucasfilm’s VP of licensing, Howard Roffman, to make sure what we do works for our comedy-adventure purposes, but also stays true to the essence of Star Wars. He’s always been our champion within Lucasfilm and encouraged me to have fun with the material. It was he who came up with the great running gag of The Padawan Menace with Darth Vader wandering into the scene and being told it’s not his time yet. [Featuring the immortal line from an exasperated Lego George Lucas: “Someone get Darth a donut.”]

With Droid Tales, being that we were now working within the canon, the Story Group entered the conversation in the person of Carrie Beck. Carrie joined Howard in making sure we stayed true to the canon elements of the movies we were both recapping and lovingly spoofing, and she had very many helpful and brilliant suggestions for ways to condense the movies into Lego form.

Not the answer you're looking for? Browse other questions tagged star-wars canon lego-star-wars or ask your own question.

106
How is canonicity of derivative works determined for Star Wars?
3
What is the canonicity of Lego Star Wars (TV Episodes)?
2
Is Cursed Child canon to the original story?
-3
Watchable star wars content besides the movies (and a few series)?

67
How old should you be when you begin Jedi training?
4
Would Yoda have made a better teacher for Anakin than Obi-Wan was?
23
How many times is Jar Jar killed in Lego Star Wars?
8
Is there any discussion of C-3PO's poor design in the greater Star Wars canon?
15
Is the Leigh Brackett first draft of the script for Star Wars episode 5 available?
16
Does Hera Syndulla's appearance in The Freemaker Adventures confirm that she lives past the events of The Empire Strikes Back?
9
How does education work in the Star Wars galaxy?
16
In Star Wars, are protocol droids like C-3PO water-resistant?