Would a lightsaber ignite a flammable substance?

I remember reading somewhere(I don't really remember where, sorry) that a lightsaber isn't really hot, it just makes atoms vibrate and hence heat is produced in a material the lightsaber comes in contact with.

I am not entirely sure if this is true, but it just got me wondering if a lightsaber comes in contact with an extremely flammable substance(gasoline or gunpowder or any similar thing in the SW universe), would it ignite the substance or not?

The lightsaber is shown many times to burn and melt objects.

Such as when Anakin loses his arm against Dooku in Attack of the Clones, you can see his skin and clothes burning. 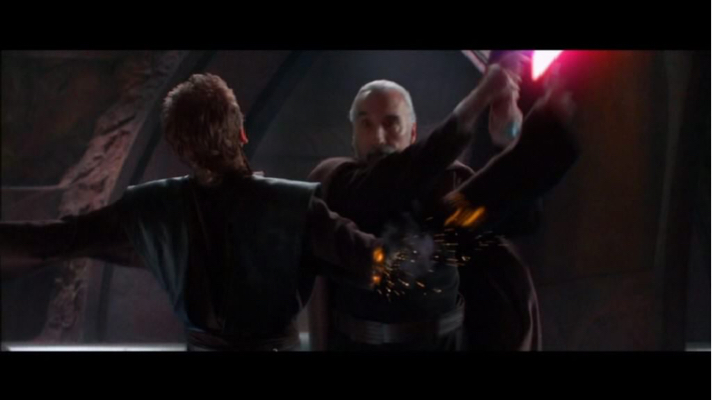 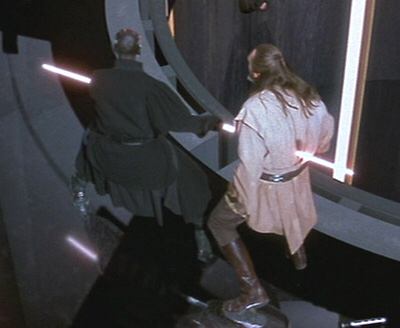 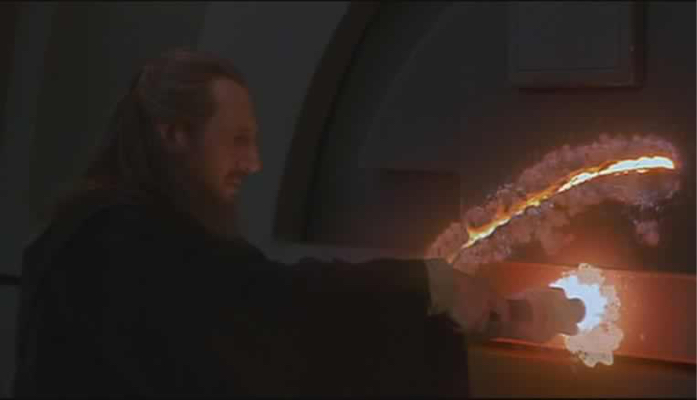 It may even steam in the rain, as this picture taken from screen shots of Attack of the Clones does show a fuzzier, more jagged looking lightsaber blade when Obi-Wan is in the rain on Kaminio than when he fights Dooku on Geonosis, which could be caused by steam. 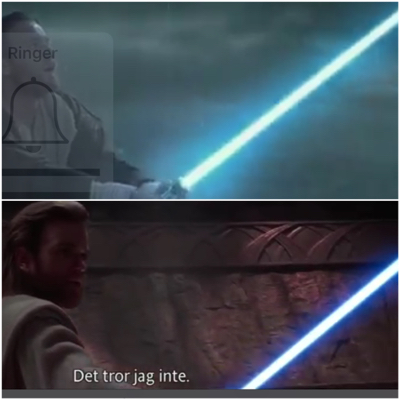 And depending on the level of canon we are delving into, the game Jedi Outcast 2: Jedi Academy shows definite sparking from rain on the lightsaber.

The clone wars cartoon shows actual steam coming off of both Anakin and Assajj Ventriss' blades.

Heat is therefore produced one way or another.

This heat would transfer to a flammable material and cause ignition.

It is still creating heat through one mechanism or another.

Yes, simply by heat. Heat exchange from a lightsaber is seen in The Phantom Menace, when Obi-Wan Kenobi and Qui-Gon Jinn use their lightsabers to melt through the doors in the Trade Federation ship. The metal is seen to heat up and glow red while melting.

It could (and has)

In canon, we see a lightsaber start a fire at least once. When Kylo Ren smashes up his instrument panel with his lightsaber, there are a few small fires.

(See in particular the upper left). Clearly, some flammable components were ignited.

This is consistent with the general nature of lightsabers. They seem to create a great deal of heat when they come into contact with objects, being capable of cauterizing wounds and melting metal. On the other hand, it’s not clear exactly how flammable an object must be to start a fire: we see lightsabers cutting through trees, but not producing anything more than localized burning, rather than setting the tree on fire immediately.

But in any case, a lightsaber is certainly capable of setting something on fire.

16
Does a lightsaber have a cauterizing effect when cutting off appendages, or not?
8
No Endor wildfires?
11
Has a Jedi ever set a trap off with their lightsaber?