Why do Transformers combine into large robots?

Clearly there are lots of different Transformer Combiners but this question is specifically about robots made for battle, the classic example being Devastator.

Apparently the intention is that they are somehow better in battle combined than as individual robots. But why are they better combined?

The only advantages I can think of are:

I'm looking (of course) for the in-universe reason.

(The out-of-universe reasons are obvious: it looks cool and it sells more toys when you have to collect a set!)

Part of the advantage of the Combining Teams is the fact that they can combine into a single giant mechanoid as an option. There are many situations where remaining separated and independent is the better option, but the Combining Teams generally deploy their combined forms to obtain the following advantages:

Completely changing the dynamic of a battle

The combining of one of the Combining Teams is often a decisive event in a Transformers battle, tipping the balance in favour of the side with the Combining Team. The sudden appearance of a gigantic, very threatening and strong combatant sows panic through enemy forces and they must then adjust their own tactics with a counter-play... if they have one.

The preferred counter-play is to deploy your own Combining Team, but Optimus Prime has countered Devastator with the Dinobots on several occasions, though with mixed results. 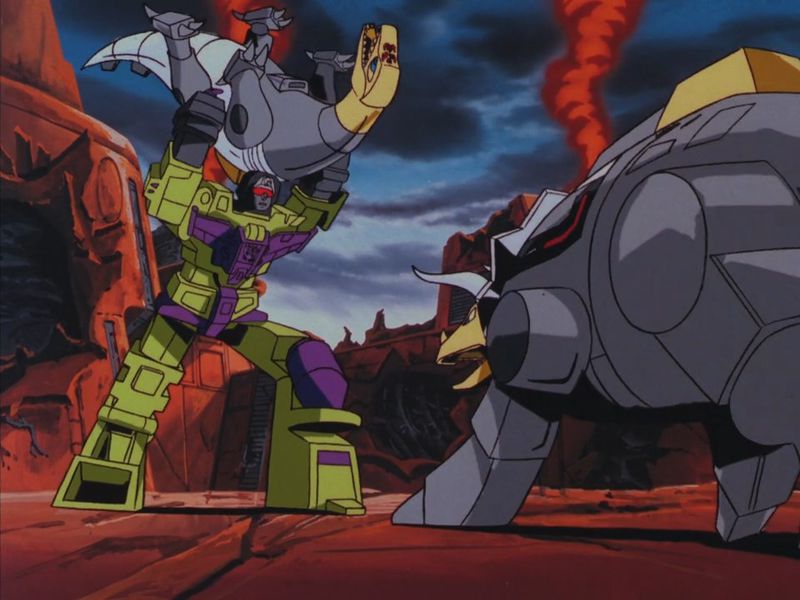 As above, the vastness of robots such as Devastator - or Abominus, pictured below - has a negative effect on the morale of enemies. The psychological value of this should not be underestimated. 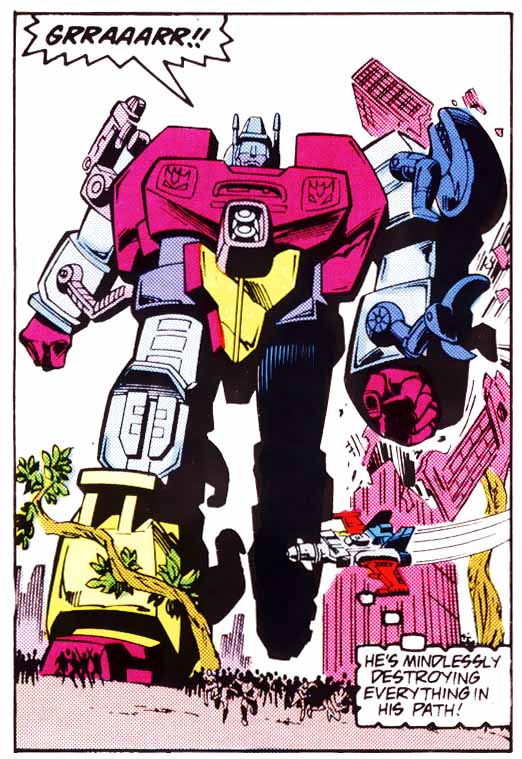 In hand-to-hand combat, the combined forms of the Combining Teams are hard to deal with. Most, if not all such forms have a Tech Spec score of 10 for Strength. In practice, few other Transformers can confront them head on - Omega Supreme and the Dinobots being rare exceptions. 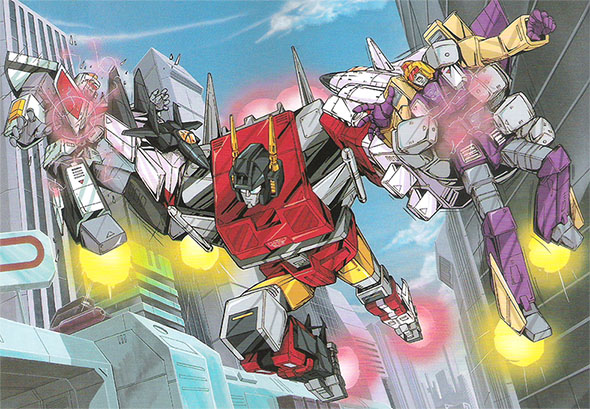 The aforementioned strength and bulk of the Combiners makes them useful for wrecking strategic defence positions. Megatron used Devastator to break the Autobot defences in the 1986 movie, for example. And here is Menasor breaking through a bulkhead. 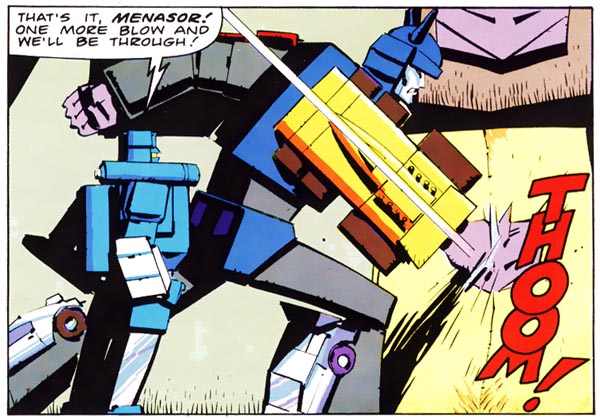 An in-universe answer is that in the original animated series episode "The Secret of Omega Supreme", the Constructicons were originally good and built Crystal City on Cybertron. They weren't created to fight; they were created to build, and were friends with Omega Supreme. Only later after Megatron corrupted / reprogrammed them did they start fighting.

So if their original purpose is to build, then it stands to reason that the purpose of combining would be to help them to build something. Maybe they can carry or handle larger materials better when combined. Or maybe they can reach higher areas combined.

This wouldn't explain how the other combiners came to be though, or what the purpose of their combining is. Who knows? Maybe it's the other way around. Maybe combiners were only sentient when combined, and their limbs gradually evolved individual intelligence. Now I'm just drifting into sheer speculation :)

Combining into one giant robot is shown throughout the Transformers franchise to make a more powerful weapon that is more than just the sum of its parts. In the recent "Combiner Wars" crossover in the IDW comics, we learn that the combined form actually becomes more massive through mass shifting (the Cybertronian technology responsible for all the scale issues in the franchise) than the actual combined mass of its constituent parts. Combining also adds extra parts that were never in any of the smaller bots, like fists and armor plates. Putting those two together makes for a giant robot who is far more powerful than the squad the created it. For those reasons, combiners are treated like weapons of mass destruction in-universe, and are coveted by all sides of the war.

For in universe lets look at the times when we see the big ones in actions in the G1 cartoons and also in the movies (although there is only 1 example in revenge of the fallen).

1.) G1: Their cannons do massive damage in the combined mode and are bigger. Same for their arms.

2.) G1+Films: General combat power in Melee increases. In the films the big one is able to shred entire buildings and Transformers by just "inhaling" them and is way better at that and faster than any normal transformer we see. Similar to the G1 cartoons. Their punch is way more powerful.

3.) G1+Films: They are substantially more tough than when they are split. They soak up hit after hit which would have destroyed any lesser Transformer.

So to sum it up: By combining they seemingly increase their firepower and toughness and can do things no single one of them would be able to do.

21
In Transformers, why are two minds better than one, but five minds are worse?
17
How do Soundwave, Megatron, etc. change size and mass?
8
Who/What controls G1 Combiners?
18
Do Transformers refer to themselves as "robots"?
5
How does ‘Transformers: Rescue Bots’ fit into the Aligned Continuity?
10
Why did Hasbro's Combiner Wars Superion toy originally contain the Decepticon Dragstrip?
2
Why do Transformers speak English?
5
How do new Transformers come into being?
13
Why do Transformers turn into vehicles in the first place?