Did Odo ever transform his head into a weapon?

Years and years ago, before I had ever seen Star Trek: Deep Space Nine, my friend was telling me that Odo was a badass — he described a scene where Odo transforms his head into some sort of hammer-like weapon and head-butts someone.

I thought this sounded cool, so eventually I watched all the episodes of DS9, but I never saw this scene or anything even close. Did I miss an episode somewhere? Was it in a deleted scene? Did Odo do anything that could have been misinterpreted as this?

No, Odo has never done such a thing, but Laas (another Changeling) has transformed his arm into a knife while standing beside Odo and then stabbed a Klingon. Odo has also allowed a weapon to pass through his head, and once transformed into a blob monster that attacked various people.

That being said, in the Season 7 episode "Chimera", Odo discovers and befriends a Changeling by the name of Laas, who fashioned a long knife from his arm and then used it to stab a Klingon, with Odo standing next to him at the time: 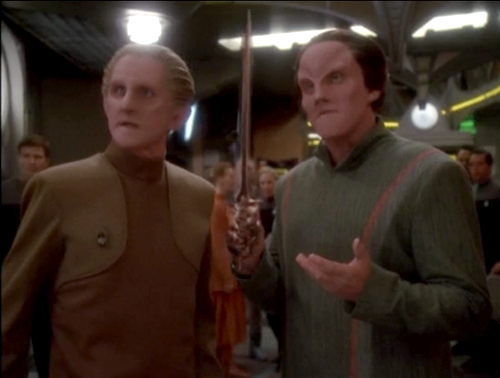 This is perhaps the most violent thing that we see a Changeling do to a solid, and it is certainly the only weapon we have seen a Changeling fashion out of itself.

You friend could have been conflating Odo and Laas, and at the same time conflating this incident with one from the pilot episode "Emissary" (also pointed out by @Richard in a comment) where Odo had de-solidified his head to allow a weapon lobbed at him to pass through: 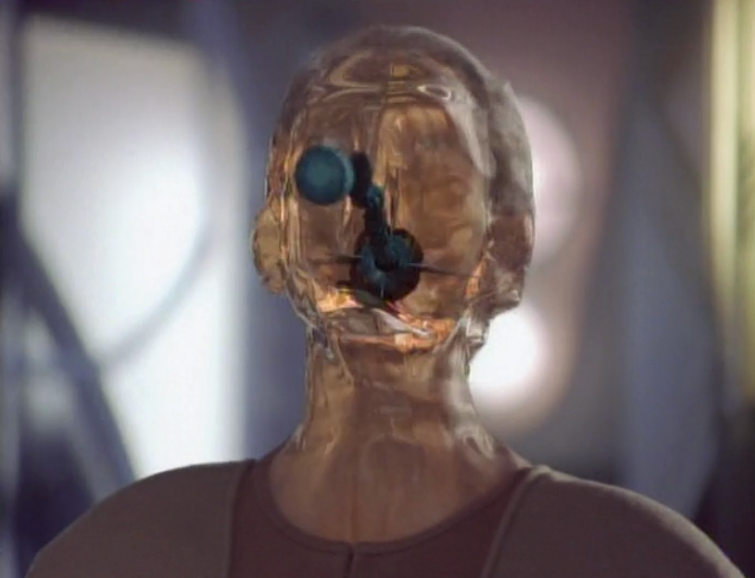 Finally, in the Season 2 episode "The Alternate", Odo had inadvertently transformed into a blob monster and had attacked several people, in particular Dr. Bashir, who gets "head butted" and is knocked to the floor — although it's hard to say which part of its body the Odo monster had used. Below, Dr. Mora is also attacked by Odo in this state: 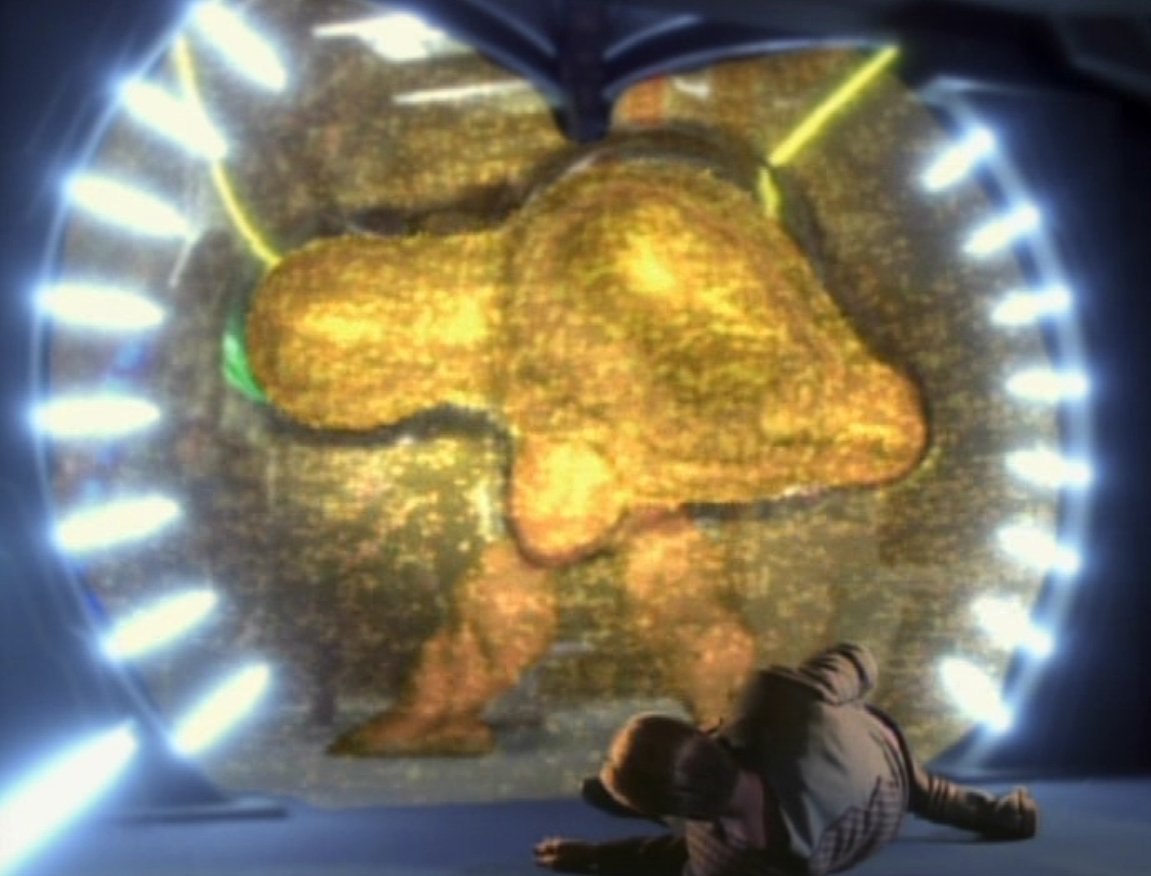 We never get a really good look at the Odo monster (the image above is the best), but this concept art gives a good idea: 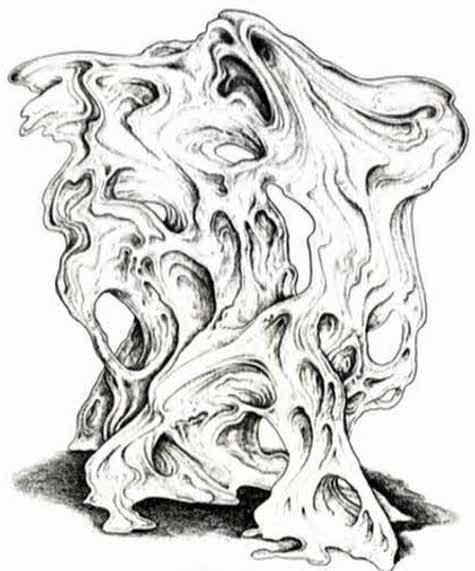 The Odo monster is as "badass" as it gets.

Not the answer you're looking for? Browse other questions tagged star-trek star-trek-ds9 episode-identification or ask your own question.

4
How did the Great Link transform Odo into a human?
11
Wouldn't a Star Trek mirror universe become unrecognisable within a few generations?
5
Was Sisko the first corporeal/linear being to meet the prophets?
7
What happened to Laas after he left DS9?
7
Do we ever learn why there was a delay in symptoms of the disease in Odo?
12
After the DS9 finale what happens to the Jem'hadar and what assurances do the Federation have that the Dominion won't attack again?
9
In what Deep Space Nine episode did Bashir dump an armload of PADDs on Sisko's desk?
7
Was the Klingon Empire at war with the Federation during the events shown in DS9: The Way of the Warrior?
29
Were the Borg destroyed at the end of Voyager?
3
When was the Defiant engine room set last seen/torn down?