Did Vader ever face another Force user in aerial/space combat, aside from Luke in Ep. IV?

The formerly canonical book Shadows of the Empire (set between the end of The Empire Strikes Back and the beginning of Return of the Jedi) contains the following passage:

Vader had forgotten how much he enjoyed piloting his Interceptor, it had been so long. It came back quickly.

The enjoyment did not last. Almost effortlessly, he blew three, four, five of the Rebel ships into smoking pieces. It was... disappointing. The Force was not strong in any of them; it was no real challenge. Some were skilled, true, but mere skill could not defeat the dark side. He had hoped for better competition.

This makes me wonder if Vader ever faced other Force users in aerial/space combat. Obviously, he pursues Luke's X-Wing in A New Hope, but are there any other examples of Vader flying against a Force user?

In this confrontation, Kanan and Ahsoka are helping inside the cockpit while Ezra is at the guns/turrets. These three Force users are actively participating in the fight, they are not merely passengers. Vader eventually senses something's up and exclaims

Anakin has a space battle with Asajj Ventress (Legends)

In the 2D Clone Wars cartoon, Anakin dogfights with Asajj Ventress over (and through the streets of) Muunilinst. 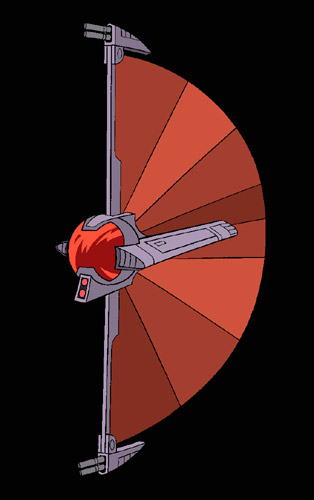 Her skill in the Force and unique fighter design cause the two pilots to be fairly evenly matched. At one point, he even mutters "I have you now" as a call-forward to A New Hope. The battle ends when she jumps to hyperspace to lure him to Yavin 4.

In addition to the others here, Vader has had some run-ins in the new comic book series. I realize that this is also against Luke, but... you did say "in Ep. IV" :)

Luke rams Vader's Tie fighter with his X-Wing after Vader takes out nearly an entire squadron. Both crash on VROGAS VAS. From Vader Down #1: 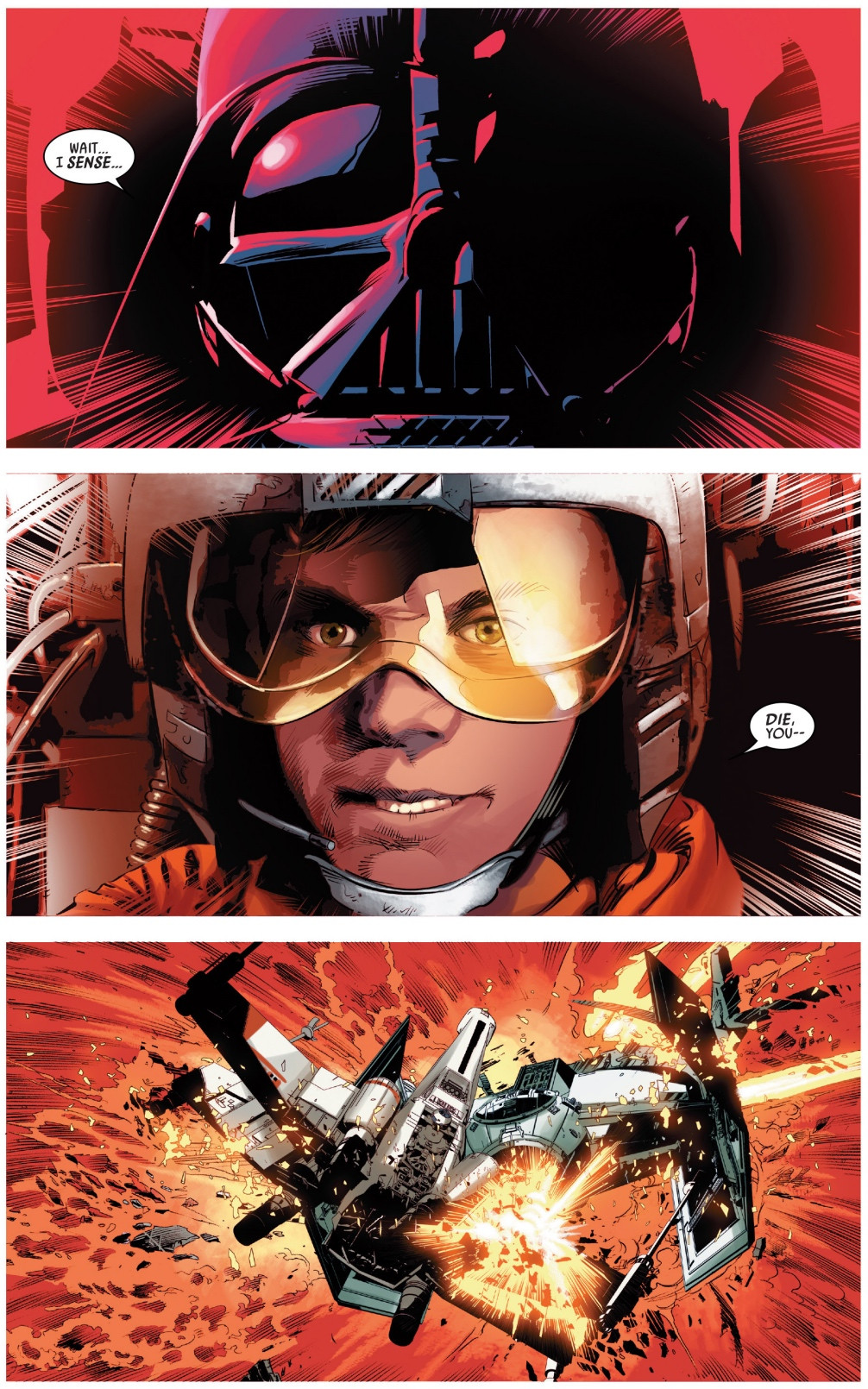 Not the answer you're looking for? Browse other questions tagged star-wars jedi sith darth-vader or ask your own question.

69
Why Did Sidious Tell Vader Who Luke Was?
20
Did Darth Vader ever return to Tatooine?
8
Did Vader ever intend to kill Luke?
12
Aside from the Force, is there magic in Star Wars?
19
Why did Vader need to freeze Luke in carbonite?
16
How did Luke know Vader needed his helmet to survive?
14
How did Vader know that Obi-Wan was helping Luke?
15
When did Darth Vader learn that Luke took part in Leia's rescue from the Death Star?
21
Does Vader ever lift anyone when he Force Chokes them?