Does the Wicked Witch of the West know she can be killed by water?

In The Wonderful Wizard of Oz, the Wicked Witch of the West lights the Scarecrow on fire. Dorothy picks up a bucket of water to douse him, but she splashes it on the Witch, who begins to melt.

It seems unusual to me that the Witch would allow a lethal substance anywhere near her castle, which makes me wonder: did she know that she could be killed by water?

I would like an answer from the original book series written by L. Frank Baum, not the movie adaptations or derivative works (e.g. Oz the Great and Powerful, Wicked).

So it would seem:

She also always carried an umbrella, presumably to avoid getting wet:

The girl had to work hard during the day, and often the Witch threatened to beat her with the same old umbrella she always carried in her hand.

As in Project Gutenberg's Wizard of Oz, in Chapter 12 - The Search for the Wicked Witch.

If you're asking about the book, the odds are decent that she does know that water is harmful to her as she "did not carry a broom in the novel, but rather an umbrella" according to the Oz wiki. Baum never elaborated on exactly why she was vulnerable, but Mombi is killed the same way in The Lost King of Oz and Singra was afraid enough of water to secure protection from it via a favor from a water nymph, so it seems to be a trait of wicked witches in the setting. There's some speculation on the wiki that their bodies were already used up and therefore were only barely held together by magic.

I'm not sure if this is explicit in the original Frank L Baum The Wonderful Wizard of Oz or the 1939 film The Wizard of Oz.

However in the book she does carry an umbrella, instead of a broom as in the film, a very convenient thing for someone allergic to water, and possibly more than a coincidence, almost as though she didn't want to get wet...

Once the Witch struck Toto a blow with her umbrella and the brave little dog flew at her and bit her leg in return.

As the canonicity of Oz is pretty fluid due to so many people putting their spin on things I'm also going to mention the 2013 film Oz The Great and Powerful Theodora who becomes the wicked witch knows water is dangerous to her as she is burnt by her own tears, even before becoming wicked. 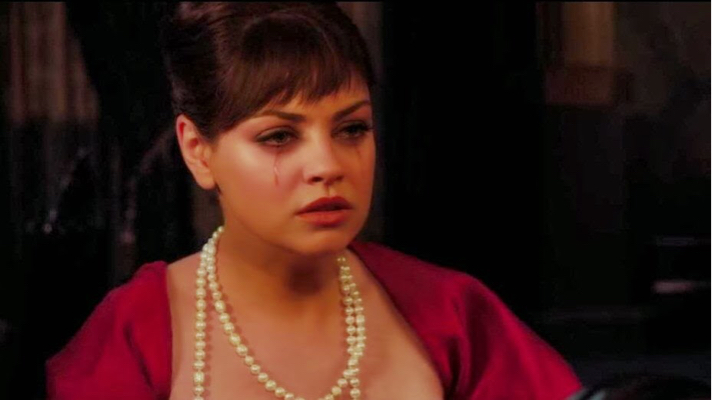 And a further twist from further along the canonicity scale, in the musical Wicked which I have recently seen for the first time:

The weakness to water is something that has been made up and Elphaba (the name of the Wicked Witch in this iteration) uses the belief everyone has in this to fake her own death to be with the man she loves.

Yes, just before Dorothy throws the water, you can hear the witch yell:

She did. According to Baum's book The Wonderful Wizard of Oz:

So she never let water touch her in any way. We know that she knew that she melted to a puddle of scum once she touched water.

10
Why didn't Disney use one of the Wicked Witch of the West's many pre-existing names?
5
Why didn't everyone in Oz know who the evil witch was?
7
Are there any references about the magical red/silver shoes in Oz the Great and Powerful?
24
Did Baum invent his method for killing witches?
5
In "The Wonderful Wizard of Oz," why does the Good Witch of the North advise Dorothy to go to the Emerald City?