What is the Flash's normal or jogging speed?

It has already been established that the Flash can reach and surpass the speed of light. However, if has also been made explicit that such a feat is not easy for him, as it's not cheap in terms of possible consequences.

As such, I assume that could be considered like the top of his range, a sprint that he can perform but he'd rather not, as opposed to something he can do and maintain for an extended period of time (like jogging for a standard human).

However, some comics illustrate him performing feats such as moving around without people right beside him even perceiving he's gone, a feat that is only possible if he's gone for less than 1/50 seconds. This puts his his speed at a minimum of Mach X for each 5 meter radius, that is Mach 10 to affect something that is 50 meters away.

My question is, what is the standard speed (broadly speaking) that the Flash uses on a day-to-day basis (or the range of that speed) and what speed does it become an effort or strain for him to maintain?

Since his top speed varies so wildly from author to author and continuity to continuity, there's no way we're going to be able to pin down a "comfortable" run speed with 100% precision. It's hard to imagine why an author would bore a reader with his ho-hum speed. Usually, numbers are only going to be used when talking about a feat that's crazy fast, even by the Flash's standards.

All that being said, we should still be able to calculate something reasonable.

Based on calculated speed:

Based on written speed:

Your question has 2 parts:

what speed does it become an effort or strain for him to maintain?

First we need to establish a baseline with a normal/average person. I've seen several exercise websites list a good treadmill jogging speed as between 5 and 6 miles per hour (such as this one and this one, for example). I tend to trust high-profile news sources more than I trust exercise recommendations from the internet so I found this article from The Telegraph that says:

The average man jogs at a speed of 8.3 mph

We'll go with that.

The same article gives us a sprinting speed of 15.9 mph.

So, we can use these numbers to say that an average male has a standard, maintainable speed of 52.2% of their top speed.

To extend this calculation for The Flash, we need to know his top speed. The fastest speed I've been able to find is from this image: 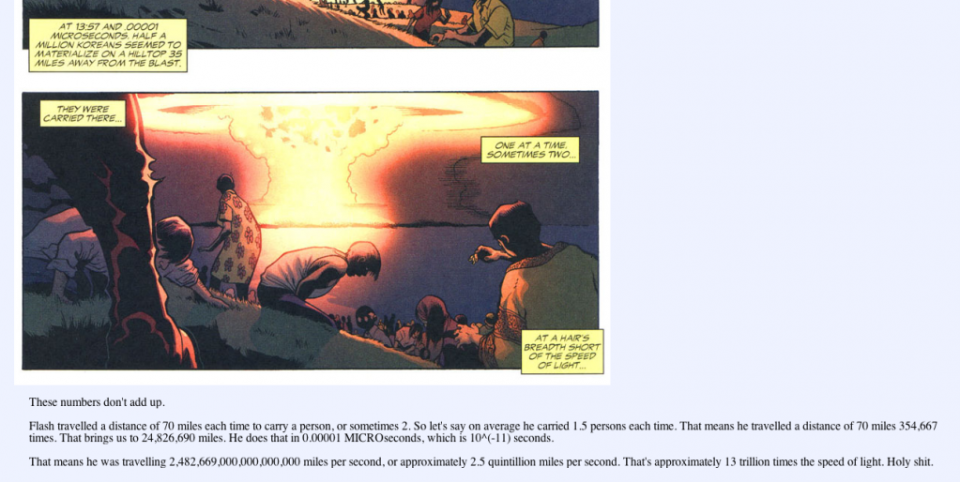 We have a discrepancy here because the author clearly notes the speed as just short of the speed of light but further inspection of the feat itself proves otherwise.

Flash doesn't really work like that. The more he trains, the faster he is capable of moving.

For example, when he first gained his powers, he wasn't able to use the Speed Force to moderate his speed properly, and accidentaly reached escape velocity: 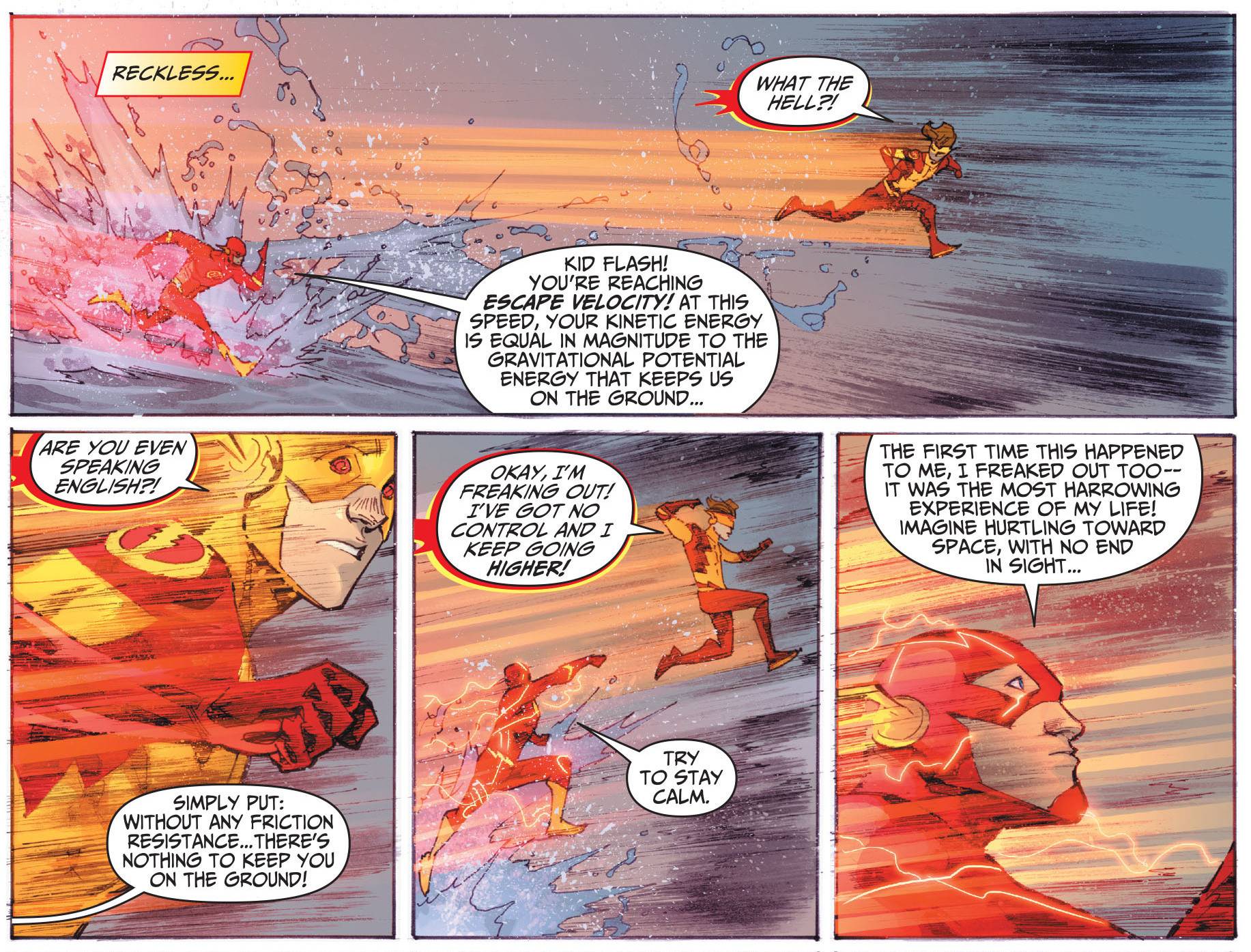 Other times, he's capable of jogging or walking across a battlefield within a few microseconds, which indicates massively hypersonic speeds: 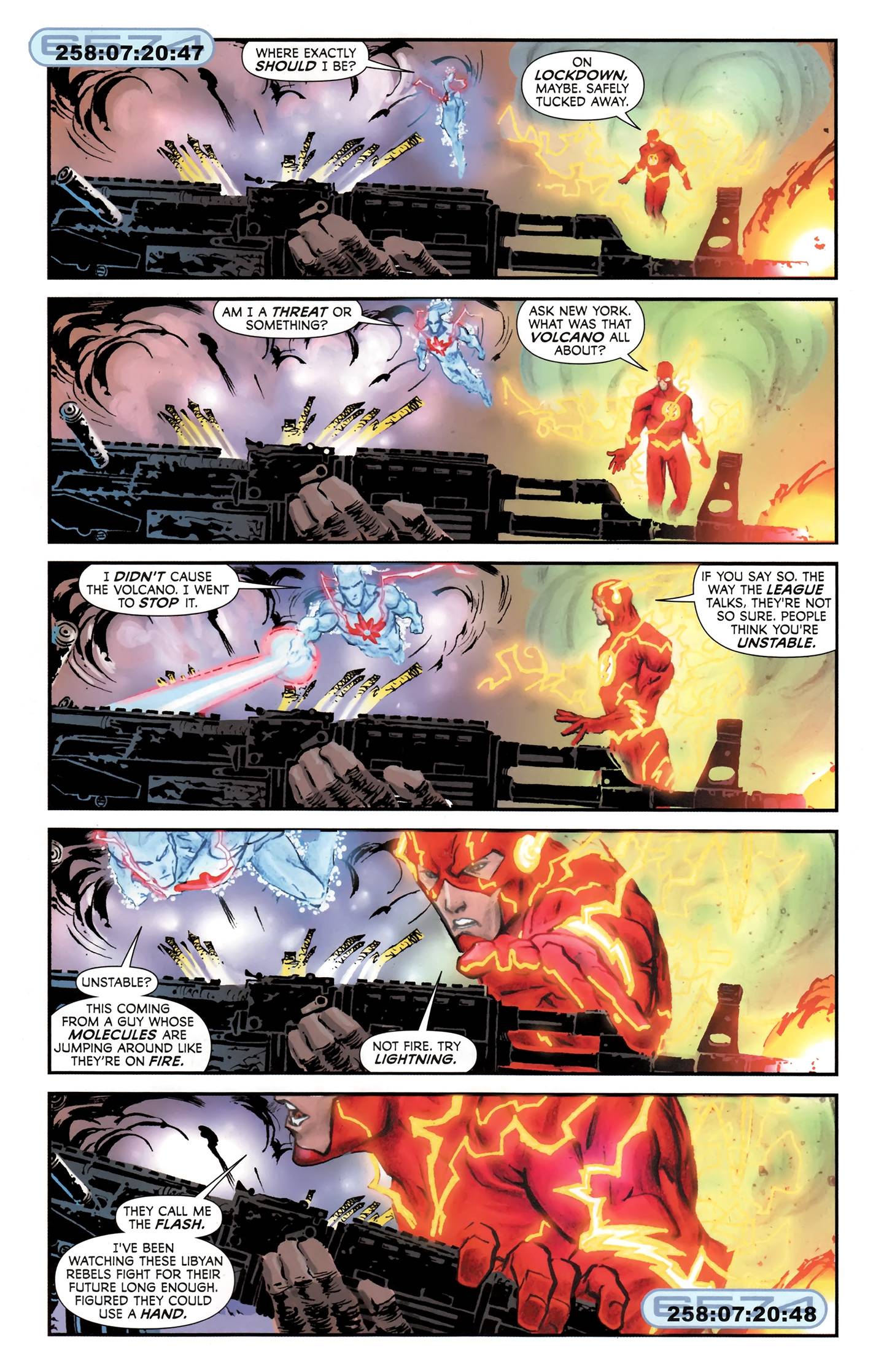 During Convergence Speed Force #2, Flash was also capable of accelerating his foot to C fractional speeds when fighting an alternate universe Wonder Woman. 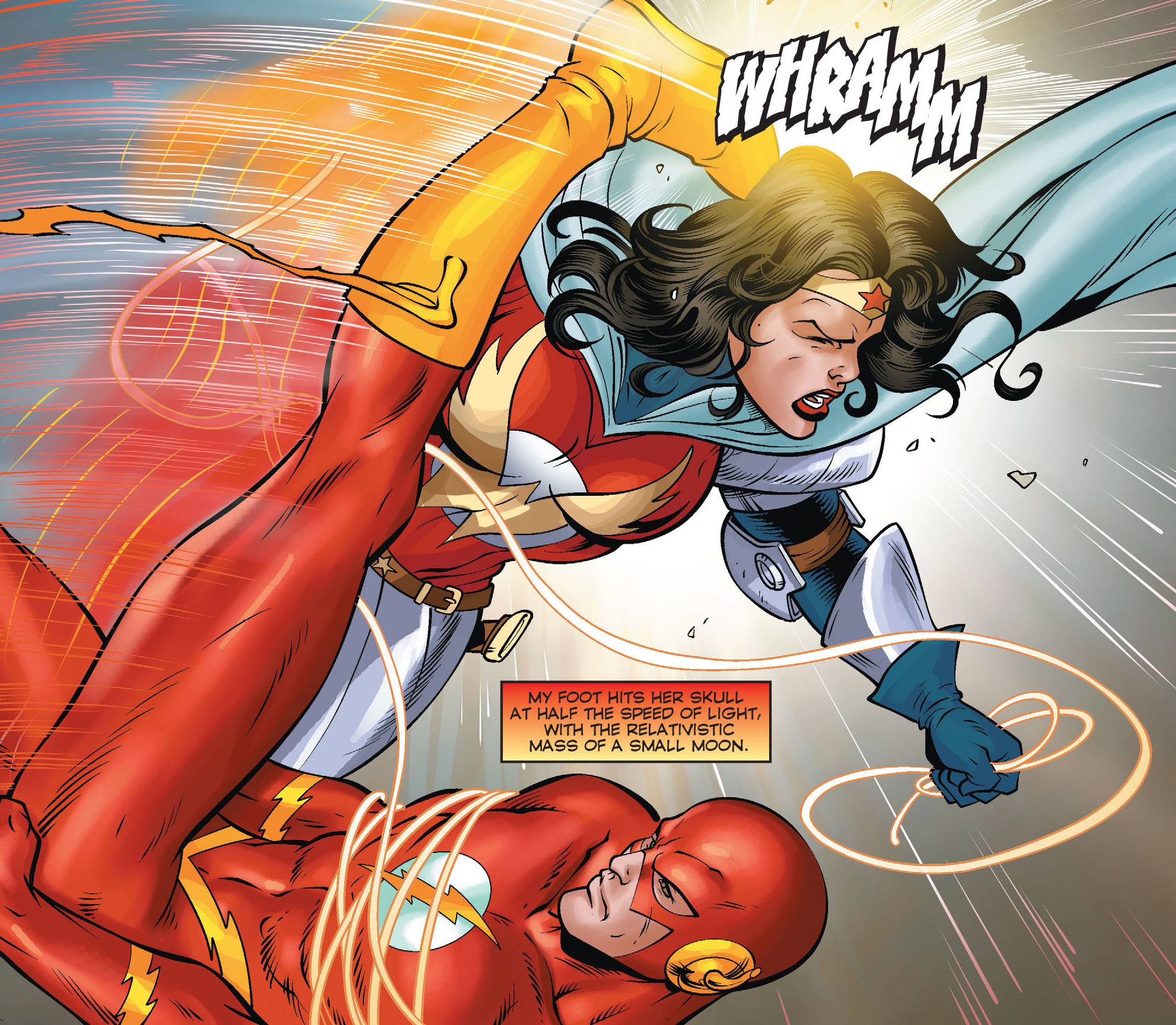 In other words, Flash seems capable of casually hypersonic/relativistic speeds.

22
What is Barry Allen's aka The Flash's top speed?
2
Can the Flash run fast enough to escape a black hole?