I half remember two scenes from an animated series shown mid to late 1980s. Possibly French. Seen on TV and buried on Betamax.

The first memory is of a group of scary looking black and grey robots walking in sync into the city of the good guys, perhaps as emissaries. They have black oval shaped heads with two eyes, and an upside down U-shape with a grill for a mouth, that pulses with light to signify speech. They challenge the good guys, possibly demanding surrender. It is decided that they will pit their champions against each other. The good champion is a yellow/golden robot. The evil robots have an even bigger black robot, which wins.

This is possibly the start of an episode where the actual protagonists of the series will come into the story later to save the day (I can't remember anything about them in that case). I remember it as a David and Goliath reenactment where a human hero fights the evil robot champion at the end.

The second half memory is of bipedal loin-clothed lizard men in a swamp. Their tails dragged on the ground behind them, and were spiky like a crocodile's.

As far as I can tell these are not episodes of the series Ulysses 31 or Les mondes engloutis, but I am happy to be corrected.

I realize this is really thin. Thanks for reading.

Could this be from Il était un fois… l'Espace?

The good robot was named “Metro”, but was more silver, as I recall.

There was an episode in the end of the series where the bad robots proposed a challenge. Metro was pitted against a black robot that could duplicate itself in four. 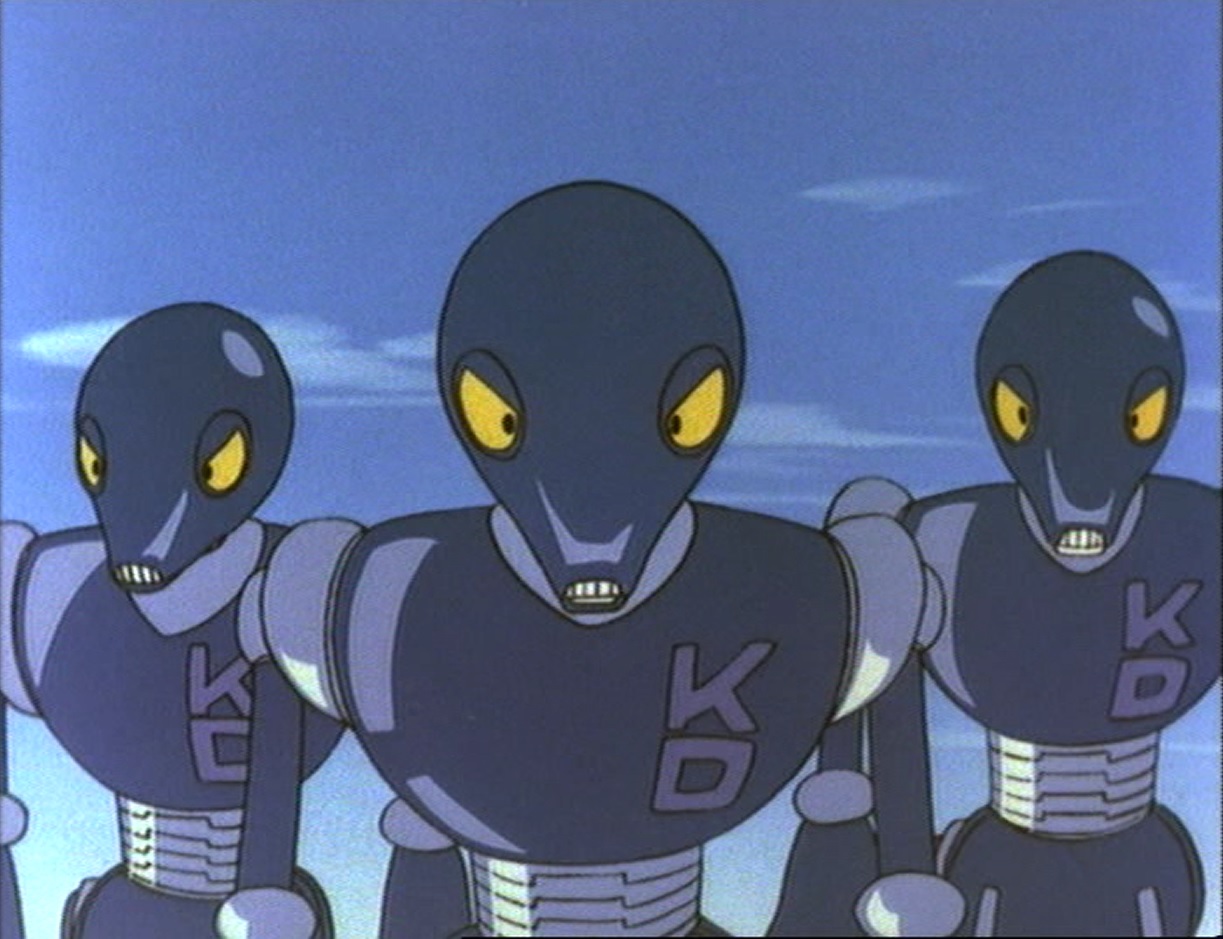