What happened to Paolo and the Transmuters at the end of Diaspora?

Greg Egan's Diaspora. At the end of the book, after Paolo and Yatima traveled up 267,904,176,383,054 levels of universes, where there were no more gateways to go through another level:

Paolo’s gestalt seemed to hover between comic agony over the failure of their search, and sheer exaltation at its completion.

Paolo closed his eyes, and followed the Transmuters.

The Transmuters were gone - they had explored, experienced and analyzed the multiverse to their complete satisfaction and then allowed themselves to die:

"What now? Where do we look for them?"

"There's nothing in front of us."

"Then why did they stop?"

"Because there was nothing more to do." [...] "They'd seen everything they wanted to see in the outside world

And Paolo does the same - he basically commits suicide, except he instead sees it as achieving completion because he's done all he wanted to do:

"It won't be death." Paolo seemed calm now, perfectly resolved. "The Transmuters didn't die; they played out every possibility within themselves. And I believe I've done the same, back in U-double-star… or maybe I'm still doing it, somewhere. But I've found what I came to find, here. There's nothing more for me. That's not death. It's completion."

Basically, it's a transhumanist version of this (source): 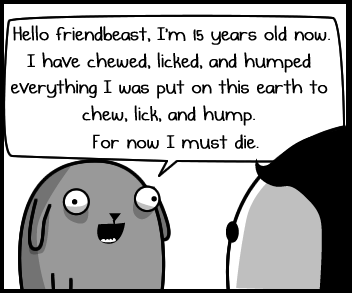 Not the answer you're looking for? Browse other questions tagged hard-sci-fi greg-egan or ask your own question.

8
What are the practical boundaries in the regeneration of the "Visitors" on Solaris?
3
How does the Berserker war end?
7
First contact story where aliens are (discovered at the very end to be) anti-matter
4
How do distant clones solve the simultaneity problem in Diaspora?
13
Is Asimov’s “The End of Eternity” time-changing model consistent?