Why was it so important to have a victor in the Hunger Games?

In the first Hunger Games book/movie, why was President Snow so insistent on letting both Katniss and Peta live in order for there to be a victor? This seems like a major plot hole to me, as the entire entry to the series depicts how little the Capitol values a district person's life, e.g.: the poor living conditions, the scarce resources available to them, the annual tribute of a teenager for showcase in a public death match. I don't really see it plausible that allowing them both to die would have caused a revolution against the Capitol, and I would think killing both remaining participants would be a bigger display of power than allowing one to live. District citizens are used to death, they would probably see it as just another injustice but carry on with their lives.

The Hunger Games were started in response to the Districts rebelling. The intention was to have a permanent reminder of what happened and, more importantly, what happens when the Districts lose. If that's the point of the Hunger Games, why do they need a Victor? Isn't it enough just to have them all kill each other?

I don't think so. The Victor is a constant reminder that no matter what you manage to do or to achieve, the Capitol controls you. The Capitol is effectively saying "We can take your children and we can make them kill each other. Then even if they win we still own them. We can drag them around Panem for the Victory Tour. We can parade them in front of the crowds in all the subsequent Hunger Games. We can, whenever we like, force them to relive the single worst experience of their life. Even the strongest and best amongst you are powerless to stand up to the Capitol."

For the citizens of the Capitol the Hunger Games are an incredibly big deal. It's the main event of the year and they go absolutely nuts for it. They have their favourite Tributes. They spend money to help them win and they bet on the outcome. Tributes who win are viewed as major celebrities within the Capitol.

The Capitol's citizens invest both financially and emotionally in the outcome of the Games, and while they might not be prepared to riot if there was no Victor, they'd definitely be disappointed. It would be like the Super Bowl ending in a tie - a massive anti-climax.

Panem was fragile. President Snow admitted as much himself to Katniss. Her relatively simple act of youthful defiance was enough to light a spark of rebellion that resulted in the government being overthrown. The entire basis of their power was in keeping the Districts downtrodden and the Capitol happy, and in proving that they could deliver on the promises they make. The Hunger Games were a relatively simple set of promises: there will be a Games every year, the children of the Districts will fight and die, and there will be a Victor.

With Katniss, they were ultimately in a lose-lose situation when it came to the Districts. If they killed her and Peeta they'd turn them into martyrs. If they backtrack then they look weak, and show the Districts that they aren't completely and utterly powerless. With the Capitol, they only lose by killing Katniss and Peeta because everybody there loved them.

President Snow actually addresses this question during his conversation with Seneca (scene from the Hunger Games movie).

Snow asks Seneca "Why do you think we have a winner?" Because another alternative is that the Capitol could simply randomly round up 24 District kids between ages 12-18 and execute them together. The answer, according to Snow, is "Hope. It is the only thing stronger than fear. A lot of hope is dangerous. A little hope is effective. A spark is fine, as long as it's contained," before Snow sternly warns Seneca to "contain it!"

There's a point no other answers have made, based on the psychology of rebellions in general.

It's actually not true that oppressors try to make life as bad as possible for the oppressed. If everything is as bad as it could possibly be, then the people will rebel, even if they think they have no chance, because they have nothing to lose. Oppressors need to provide some sort of hope under their rule, so that potential rebels realize a rebellion will make things worse. That's one of the many points of the games - a hope that if your district wins the games, you will get good food for a year, not just starvation rations. That also motivates people to keep competing. If there is no victor there is no reward, and people might refuse to compete.

The suicide of both remaining competitors will also be an act of rebellion against the Capitol. In a sense, by suiciding, Katniss and Peeta would have found a way to not give the Capitol what it wanted, prevented the Capitol from controlling at least one part of their lives - an example that the Capitol didn't want people to see.

They need a winner to maintain interest in the Hunger Games. "Bread and Circuses" is an important theme in the first book, and if the games don't have a winner, they won't fulfill their purpose of placating the proles. There are some other sci-fi dystopias, like Young Rissa, in which a state lottery gives hope to a downtrodden people. In the real world, events like the North Korean mass games serve the same purpose.

Aside from the districts, Snow also has the population of the capitol to please. Capitol residents placed bets on different tributes, and sent gifts to their favorites in the arena. The games must be very expensive, too: aside from the year-long victory tour and television coverage, the arena is enormous and is substantially redesigned every year. The upper class demands a winner.

Snow explains it in the first movie It's why we have a lottery, or stories of starting from the bottom and getting rich. While simultaneously any company that gets too big gets bought out

Give them hope, but maintain control. The quote is below 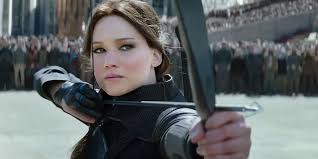 Without a victor, there will not be a game, but a television show live in an arena.

37
What happens if no one survives the Hunger Games?