Why would Supergirl be stronger than Superman?

For this question Why is Supergirl so weak? I answered that it wasn't definitive that Supergirl was possibly stronger than Superman. However in Supergirl #6 a Worldkiller says this about her: 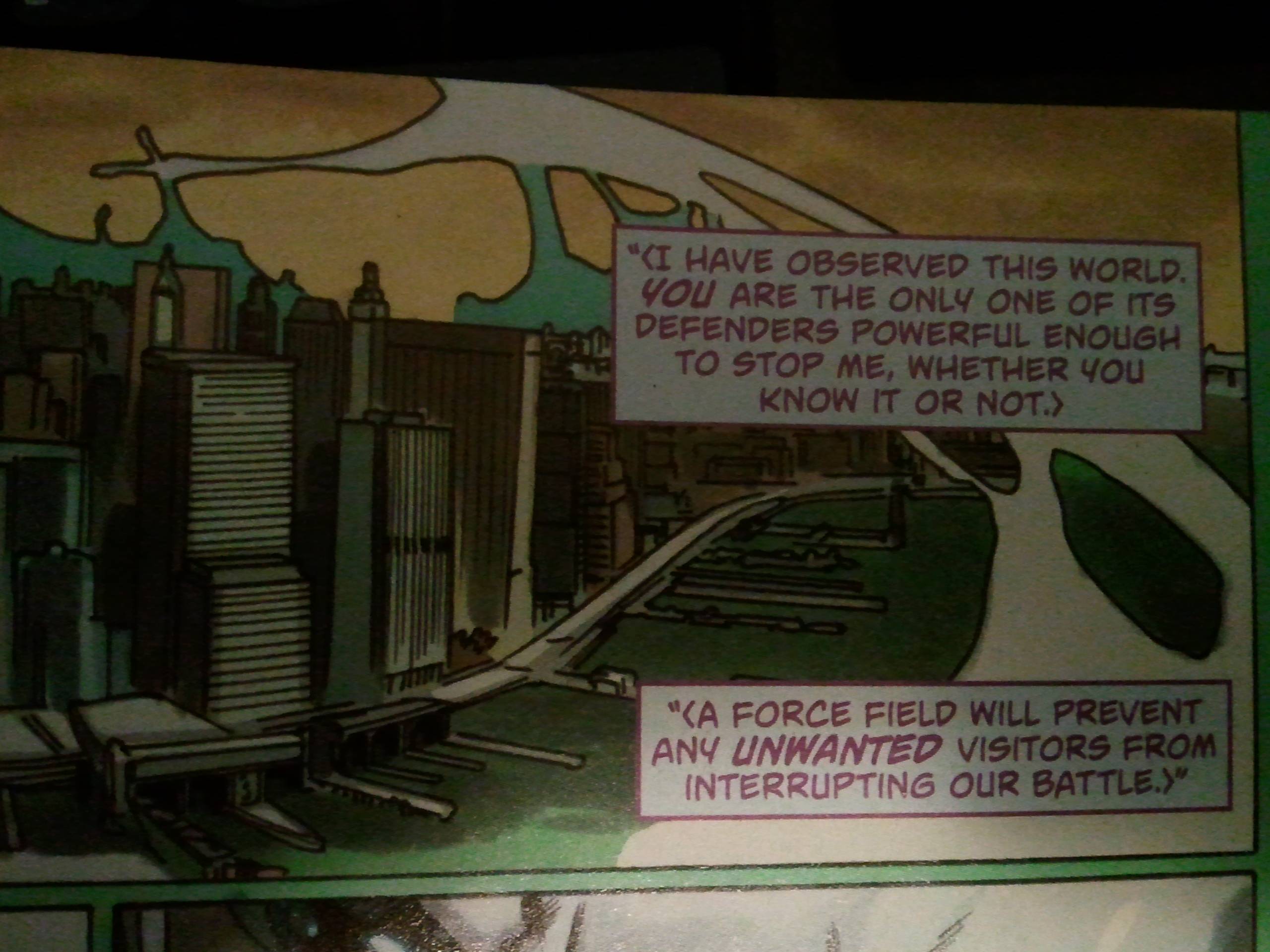 And it isn't as if the Worldkiller doesn't know about Superman, because just before on the same panel she says this: 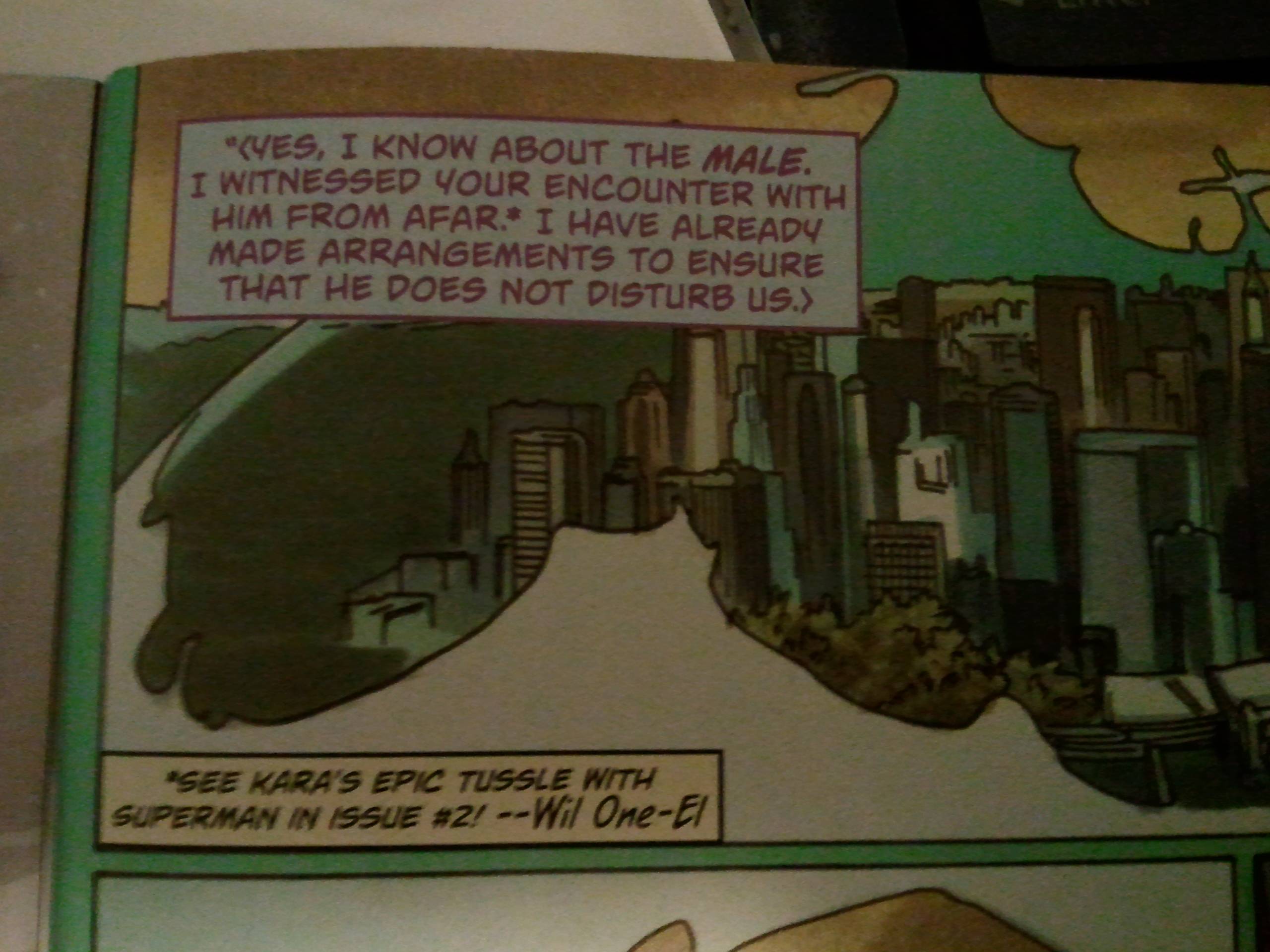 Superman is more physically imposing. So is Supergirl somehow more inherently powerful (or potentially) than Superman?

Supergirl isn't stronger or more powerful than Superman. It only appears that way. See: Is Superman really Super compared to other Kryptonians, section 2.

This mistaken impression leads to the confrontation between Supergirl and Reign/Worldkillers in Supergirl #6 & #7. Reign, the leader of the Worldkillers is a genetically-engineered metapowered lifeform created by Kryptonian super-science. 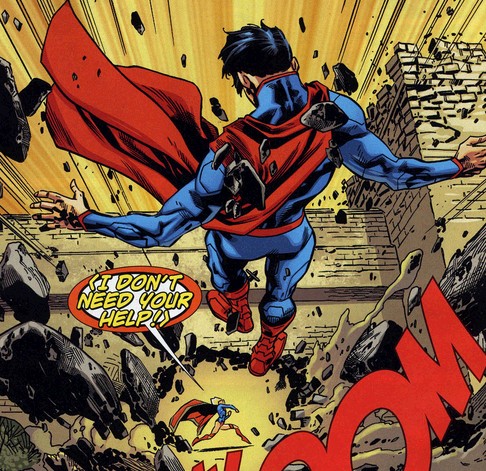 Seeing as how this is the "New 52" DC Universe, there are many questions like this that we just don't know the answers to yet, because they have not been fully revealed. However, it is important to note that Kara Zor-el (Supergirl) was raised on Krypton, while Kal El was raised in Kansas on a farm. We see in the "New 52" Supergirl run that she underwent extensive hand-to-hand combat training while being raised on Krypton. This may or may not have something to do with Reign's assessment of her threat level vs. Superman's. After all, we frequently see in the comics universe that highly-trained individuals routinely take down untrained, more "powerful" foes.

Everyone forgets that she also was older than Superman when she was left Krypton, so if Superman is super because the gravity (or whatever) on Krypton was denser than on Earth, then by that same logic Kara SHOULD be MUCH stronger since she was (physically) a full grown pubescent, capable of all basic physical abilities.

She learned to walk and skip and jump on a planet with denser gravity. Clark was an infant who couldn't even hold up his head with his neck yet.

Under Matt Idleson, DCnU Supergirl probably was stronger than DCnU Superman. He said as much in an interview. Reign said as much in her speech. The Supergirl creative staff had her father augment her through lab experimentation, the comics even showed her able to create her own yellow sunlight, so theoretically able to amp herself at will. She'd be naturally stronger for a short time awakening from perfect suspended animation coming from a heavy gravity planet to a lighter gravity one. Her muscles would be used to bearing heavier loads. She might even have benefitted from having a better diet. Explanations abound for anyone who decides Supergirl should be stronger than her cousin, and very good and sensible ones at that. However, Eddie Berganza is once again editor. So DC has probably recanted that position. For tradition and fear of sales losses, no doubt. A too-powerful Supergirl is a genuinely frightening idea to the company, let alone Superman fans.

well, in the comics there are scenes where (superman/batman 19) they (i think batman) says her abilities rival or even surpass that of supermans. superman can't keep up with her and when she chooses to leave him behind, she's gone. even his superhearing and vision couldn't help

Well it basically comes down to which version of the mythos you're discussing. If it's the light of the sun that gives them their power in addition to the earth's physics, superman will always be significantly more powerful. In that storyline, their power comes from the energy stored in their cells like a battery. To that end, superman has grown up on earth and his cells have adapted to soak in maximum sunlight and use it efficiently. Also when you are born, your body is comprised in a way that adapts to the laws of physics on the planet you are living. So the argument can be made, that their physiology is still very similar. To that end, superman has lived on earth under its physics and under the yellow sun for decades before supergirl, making him significantly stronger than any kryptonian under a yellow sun.

I'd say she is stronger just for the fact that she is very much older. Also like another commenter stated, Krypton is a lot more dense than Earth so she very much should be stronger. I also read somewhere that her pod had some kind of solar power in it, but don't quote me. Another factor is that Supergirl is more ruthless than Superman so she doesn't hold as much back when it comes to fighting, but that still doesn't mean that he's stronger if she's older I think. Also, Supergirl is untrained where as Superman isn't. She doesn't get properly trained until Wonder Woman trains her so you have to think about that. She also absorbs the sun at a higher rate too, from what I know. But you also have to about the fact that Superman tends to hold back, but I still don't doubt that she can't potentially be stronger than him. You gotta look at this at a certain way, she could be and might be stronger, but we really don't know to be sure. Just think of it as a race. If they both fly at their fastest, they 9/10 will end at the same time. Thinking that one has perfect technique and the other doesn't. My bet is that the one without the perfect technique is faster. Just remember that there are many adaptations too.

In new52, Superman states she is weaker than him.

Superman is stronger due to simple science, once I thought that since Supergirl lived longer on Krypton she was stronger which she does has a burst of strength for developing there but just like the case before somebody body is born to his or her world's gravity and superman was born to his world gravity while Kara was made in those incubators. Superman has lived longer on Earth drench in solar energy, understanding his powers and strength, in the first comic he create mind barriers that limits his power when he discovers who he is, but pretty sure they erase that part and just having that have self impose limits that he try to not pass while exercising his strength and just like Supergirl live longer on Krypton superman has lived longer on earth so he been breathing and living on earth's richer atmosphere almost all his life, enreaching everything he is beyond, plus remember that he tends to self impose limits that he does not like to break.

Not the answer you're looking for? Browse other questions tagged comics dc superman the-new-52 supergirl or ask your own question.

27
Is Superman really super compared to other Kryptonians?
17
Why is Supergirl so weak?

30
How Does Superman Propel Himself?
5
Why did Superman & Supergirl start to suffocate instantly when Luthor made our yellow Sun red?
24
Is Supergirl younger than Superman or older?
32
How did Superman turn back time in the first movie?
2
Is Superman immune to narcotics?
13
Why does Superman love Lois Lane?
5
Did Superman ever regain his memories of his Legion adventures with Supergirl?
4
Is Superman more powerful than the Greek gods?