How many languages does a protocol droid typically know?

It looks like 6 million languages is the base knowledge given to all 3PO droids by the TranLang III communications module, although the number of extra languages on top of this which are assimilated by a protocol droid in its lifetime will vary from individual to individual.

A TranLang III communications module allowed them to be fluent in over six million forms of communication, even if they could not respond in all of them for a lack of proper communication appendages. They also had the skills necessary to quickly analyze new unregistered languages and translate them into more well-known ones.

Sadly this is not cited to a specific source, but I did find a canonical confirmation here that it is the TranLang III communication module which gives C3PO his linguistic abilities: 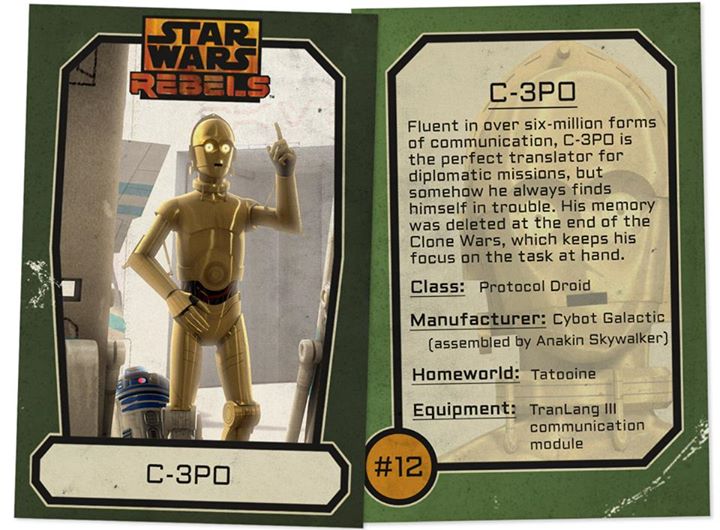 The same information appears on SW Combine, but this is probably still not a canonical source:

The earlier model, the TranLang II communication module, was also used in certain protocol droids, and had a smaller base knowledge of only 1 million languages:

The TranLang II Communication module was the predecessor to the highly popular TranLang III communications module. The module stored around one million distinct forms of communication, and was the leading module of its day. It was still used during the Rebellion era, albeit not nearly as popular as the newer model. While not as powerful as the TranLang III, the module still found its way into protocol droids such as the J9 worker drone, and tutor droids such as the TTS-15.

Not the answer you're looking for? Browse other questions tagged star-wars languages droids or ask your own question.

19
How many R2 droid units were there according to canon?
27
Why did Anakin build C3PO?
49
How did C3PO know the Ewok Language?
29
If C3PO is a protocol droid, why is he so annoying?
4
Why wasn't the Sy Bisti language programmed into any Republic or Imperial protocol droids?
5
How many droids were in the droid army and how were they paid for?
12
How many languages does Aquaman speak?