How did a Star Trek writer's name end up in The X-Files?

André Bormanis is a television producer, screenwriter, and consultant who worked on several series of Star Trek. He was the principal scientific consultant for TNG, DS9, and Voyager. He also wrote episodes for Voyager and Enterprise and served as a producer for the latter.

When I was rewatching the Season 8 X-Files episode "Via Negativa", I noticed a character by the name of Dr. Andre Bormanis (played by Grant Heslov): 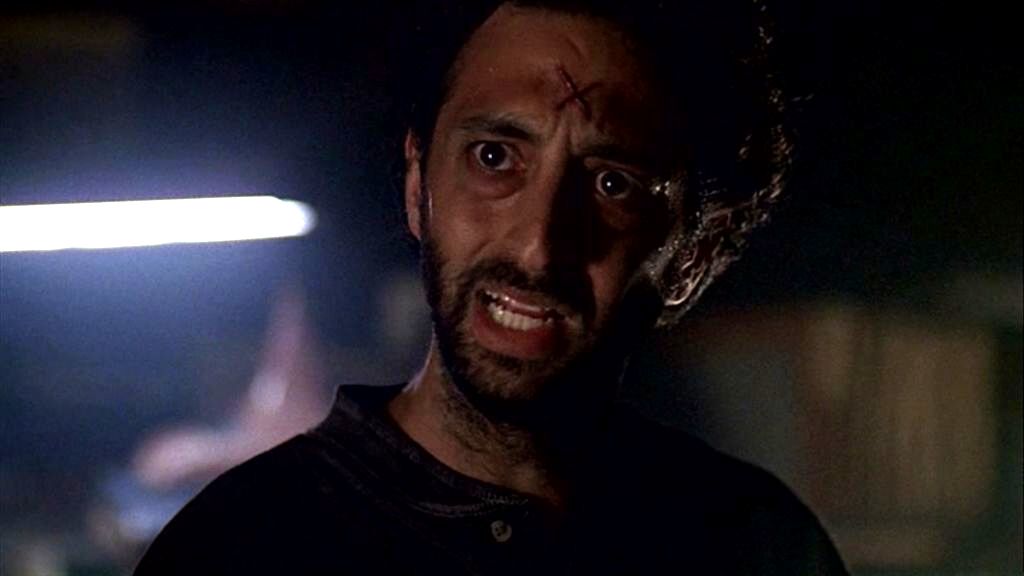 The Bormanis character manufactures drugs for a cult leader.

It would be hard to believe that these identical names are a coincidence. I have come across pieces of unofficial commentary that concur with this — for example:

But I'm looking for something official.

Is this X-Files character named after the real-life Star Trek writer / consultant and, if so, why?

Yes; because Andre Bormanis was an old friend of the episode's writer.

From an archived version of the X-files official website:

I found this by Googling "Andre Bormanis X-files named after". The first hit was from the Wikipedia page for the relevant episode, which contains a reference to the archived page linked and quoted above.

Not the answer you're looking for? Browse other questions tagged star-trek behind-the-scenes the-x-files or ask your own question.

22
What is the chronological order for the Star Trek series?
32
How big is the known Star Trek universe?
19
Were holograms used for Star Trek communications prior to Star Trek Discovery's pilot?
11
Why did they make another prequel?
12
Was Star Trek the first television series with a vegetarian character?
51
Why does it say on Netflix that "Star Trek: Discovery" is a Netflix original series?
8
Why has no new Star Trek show been set after Voyager?