Does Commander Chakotay have a first name?

In all of the episodes of Star Trek: Voyager that I've seen, I've never heard anyone call Commander Chakotay by any other name. This includes formal and informal settings. Does he have an official first/last name, or is Chakotay his full name like it is for Data?

Chakotay is his full name. As I understand it, the Native American tribes never developed the custom of a family name (at least not before being conquered by Europeans). His father was a traditionalist.

Chakotay is a mononym

Robert Beltran (the actor who portrays Chakotay on Star Trek Voyager) was asked this question in a fan interview session. Although his reply seems mischievous, his lack of a genuine response strongly implies that his character only has one name.

Interviewer : What is Chakotay's first name in the Voyager series?

The idea of him having a singular name is borne out by his gravestone in VOY: Endgame, Part I, 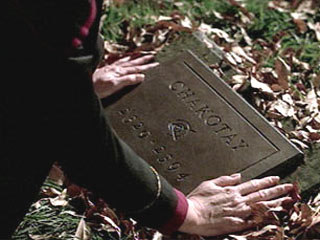 his personnel file on the Valjean in VOY: Caretaker 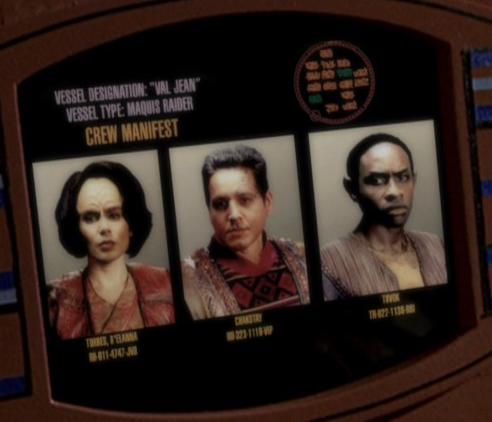 10
Does "Encounter at Farpoint" conflict with other canon, relating to holodecks?
30
Is the Voyager episode "Threshold" considered canon?
11
Why does Chakotay wear apparent lieutenant commander's insignia?
1
Chakotay says he's never met boothby before, but clearly he had, why?
12
Why did Species 8472 have several Ferengi in their reproduction of Starfleet Headquarters?
11
Star Trek episode where Chakotay and Janeway discuss Maquis' rank not being honored
12
Why does Janeway go on so many away missions?
10
Why did Chakotay agree to have the Maquis serve as a Starfleet crew?
31
Is the EMH AI somehow technologically inferior to Soong androids?
1
Why did the last episode of "Star Trek: Picard" hint that Seven of Nine is a lesbian when she was married to Chakotay at the end of "Voyager"?