Why was Beast suprised by the cure in X-Men 3?

In Days of Future Past we learn that Beast had created a serum which can temporarily suppress his powers (and treat Xavier...).

Then why is the older Beast in X-Men 3 both surprised and touched when his hand transforms into a human hand during the meeting with Leech?

Additionally, if Beast already knew how to suppress the X-gene in the 60s why didn't he tell anyone? And Professor X knew this as well and could have told someone about it. Especially Rogue, who clearly could have benefited from a temporary "cure".

Additionally, BeastŌĆÖs serum seems to be better than the "cure" in X-Men 3, since it is not permanent. And it miraculously also cures paraplegia...

Firstly, X-Men 3 does not tend to be considered canon:

According to Lauren Schuler Donner, one of the producers of all of those films, you can now safely consider X-Men 3: The Last Stand and X-Men Origins: Wolverine as non-canon. She explains this at the premier to X-Men: Days of Future Past:

Secondly, the Beast we see in ''Days of Future Past'' had seen the idea of a cure go wrong too often. Firstly with himself, then Mystique's reaction to the mere idea. Finally Bolivar Trask using the same cells, that helped him create his first serum, for the Sentinels. Beast is a smart man. He probably predicted the weaponisation of the cure.

Thirdly he's been campaigning for human-mutant peace since ''X-Men 1''. 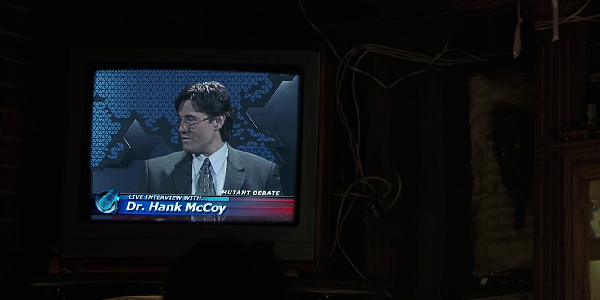 He's likely in awe because:

As for helping Rogue, he probably had too many factors (discussed earlier about Mystique) putting him off.

Professor X is also likely put off because:

All this makes Beast's reaction not just plausible, but cromulent.

Not the answer you're looking for? Browse other questions tagged marvel x-men x-men-cinematic-universe x-men-days-of-future-past x-men-the-last-stand or ask your own question.

10
Are all X-Men films in the same canon (practically)