Which Star Trek character "wasn't him/herself" on the most occasions?

This includes all occasions when, at least temporarily, a character or the appearance of a character fooled, attempted to fool, or was intended to fool other characters or the audience. The key point is v there has to be some notion of trickery or manipulation.

In the case of borderline or unclear cases, please ask for clarification to I can improve the question.

Assuming we follow the question (as stated), where there's an actual intent to deceive then the winner seems to be TNG with Picard coming in at 8 times, closely followed by Data with 7 times. 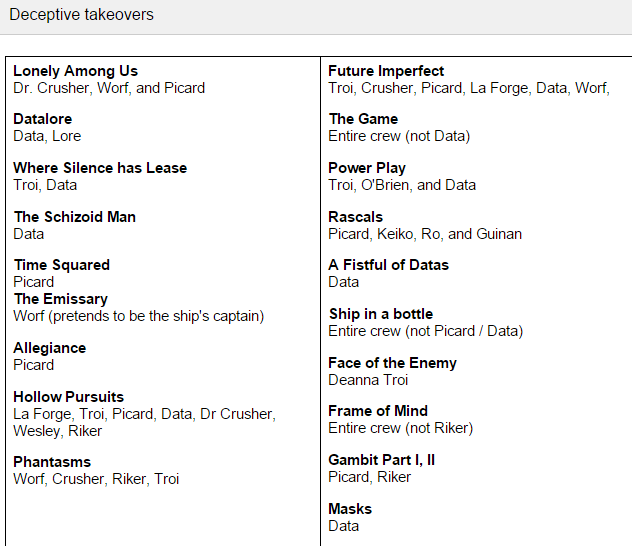 12
How many times was Picard's mind taken over?