Why aren't there any nebulae in Star Wars?

In Star Trek there are nebulae practically everywhere. I don't remember seeing any in Star Wars though, why is that? 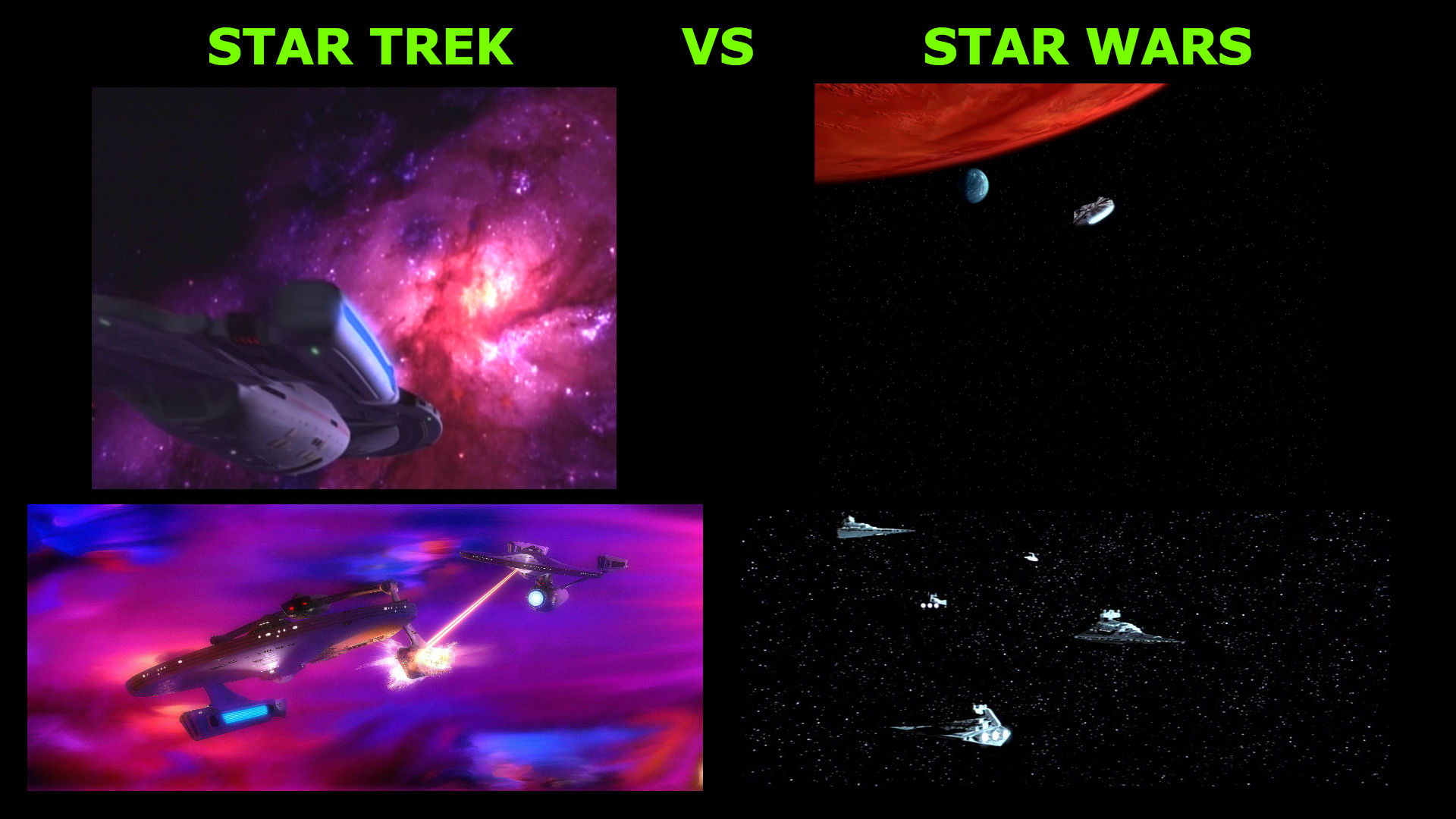 Why does Star Trek hog all the nebulae and Star Wars has none?

If there actually is some obscure nebula in the Star Wars universe, the question remains - Why does Star Trek have so many while Star Wars has (next to) none? I don't know enough to say which portrayal is more accurate. Have the makers of either franchise commented on the prominence/absence of nebulae? If no such official commentary exists, I welcome speculation.

Star Trek does not represent nebulae at all accurately. Real nebulae are nowhere near that dense - they'd constitute a hard vacuum by our standards. They're also big, typically hundreds of light-years across.

As far as I know, there's no canon reason why any of the scenes in Star Wars couldn't have been set near planets that are located inside a nebula, but also no particular reason why they should. But while nebulae look pretty from a distance, the only thing you'd notice from inside them was that you couldn't see as many stars. (Perhaps the ones you could see would be a bit fuzzy; I'm not sure.) Basically it just wouldn't make for a pretty picture.

(It might be reasonable to guess that a nebula would interfere with hyperdrive travel, in which case planets within one would likely remain uncolonized.)

Most of the shots within Star Wars are taken next to planets. Whereas far more action within Star Trek happens in deep space.

Nebulas do not tend to appear next to planets, or within planetary systems, they do happen in deep space however.

It is merely due to the settings. Star Wars has a higher percentage of asteroid fields due to this same planetary system setting. 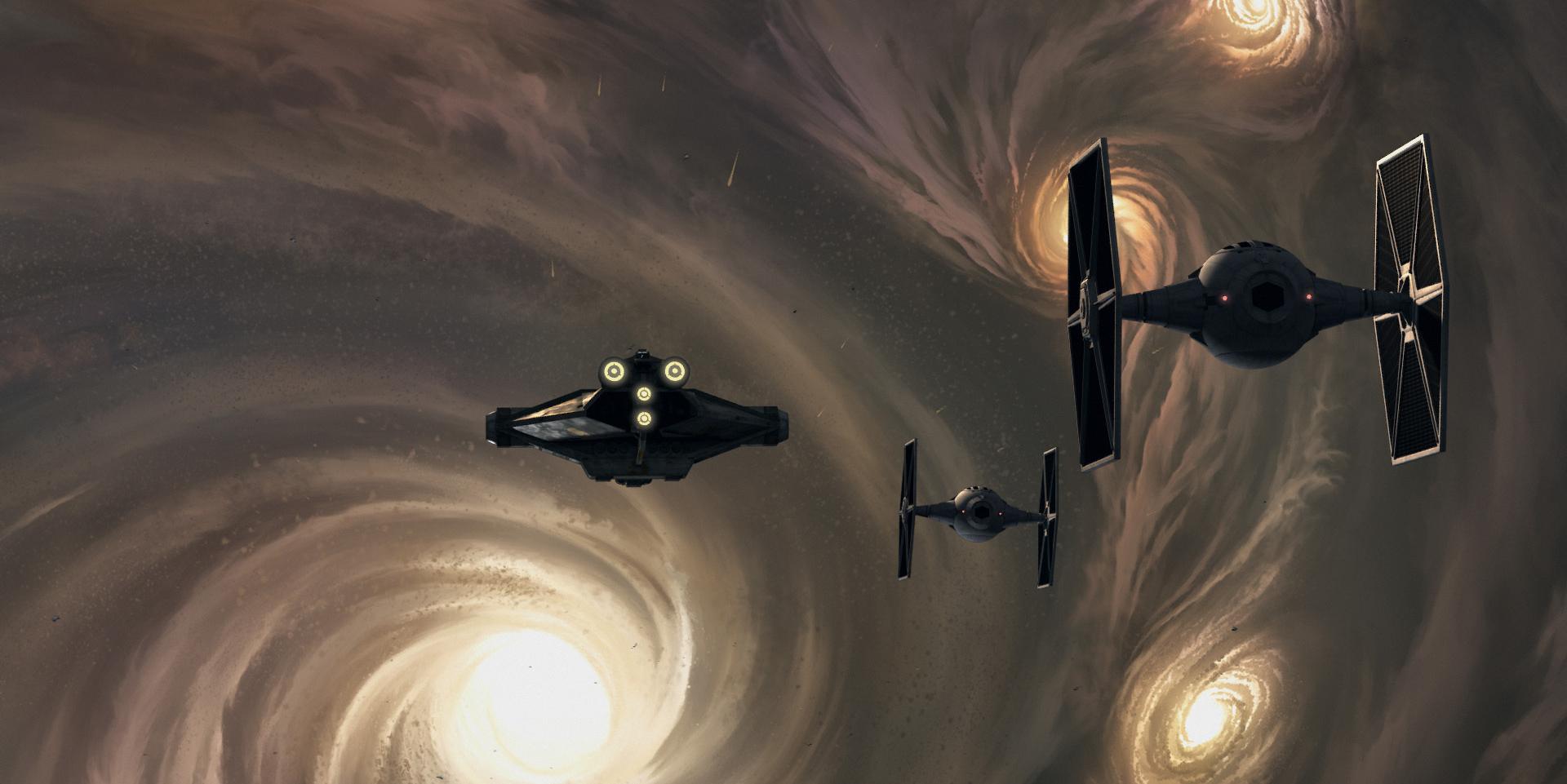 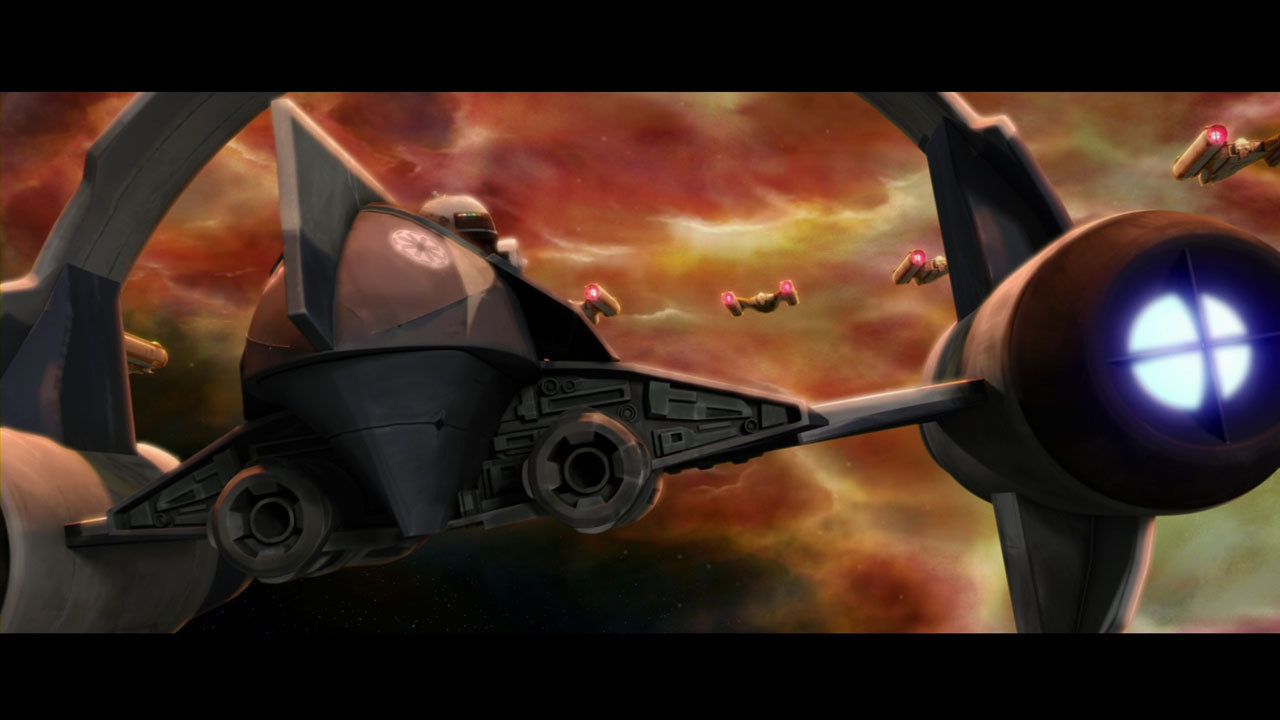 You make use of asteroid fields, nebulae, star flares, whatever you find, to intensify the havoc

An out of universe explanation for why nebulas show up so often in Star Trek is because they had the effect already done and kept reusing it to save money and add some visual variety. Starfields and planets are cheap, but they get dull after a while.

Star Trek II: The Wrath Of Khan ends with the Battle of the Mutara Nebula, a striking purple and blue hued nebula rippling with electricity. 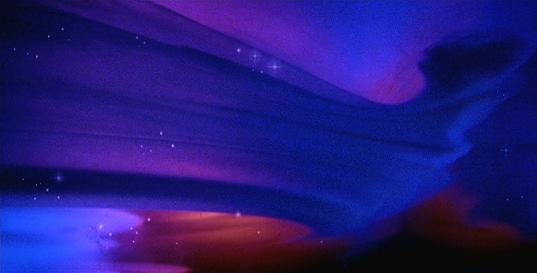 The relatively big budget of a movie, as compared to a TV show (Wrath Of Khan was fairly cheap), allowed more spectacular practical effects. Always ones to shave costs where they can, this effect got reused again and again by the TV shows.

First the Mutara Nebula was recycled in TNG as the Paulson Nebula where the Enterprise-D hid from the Borg in "The Best Of Both Worlds". 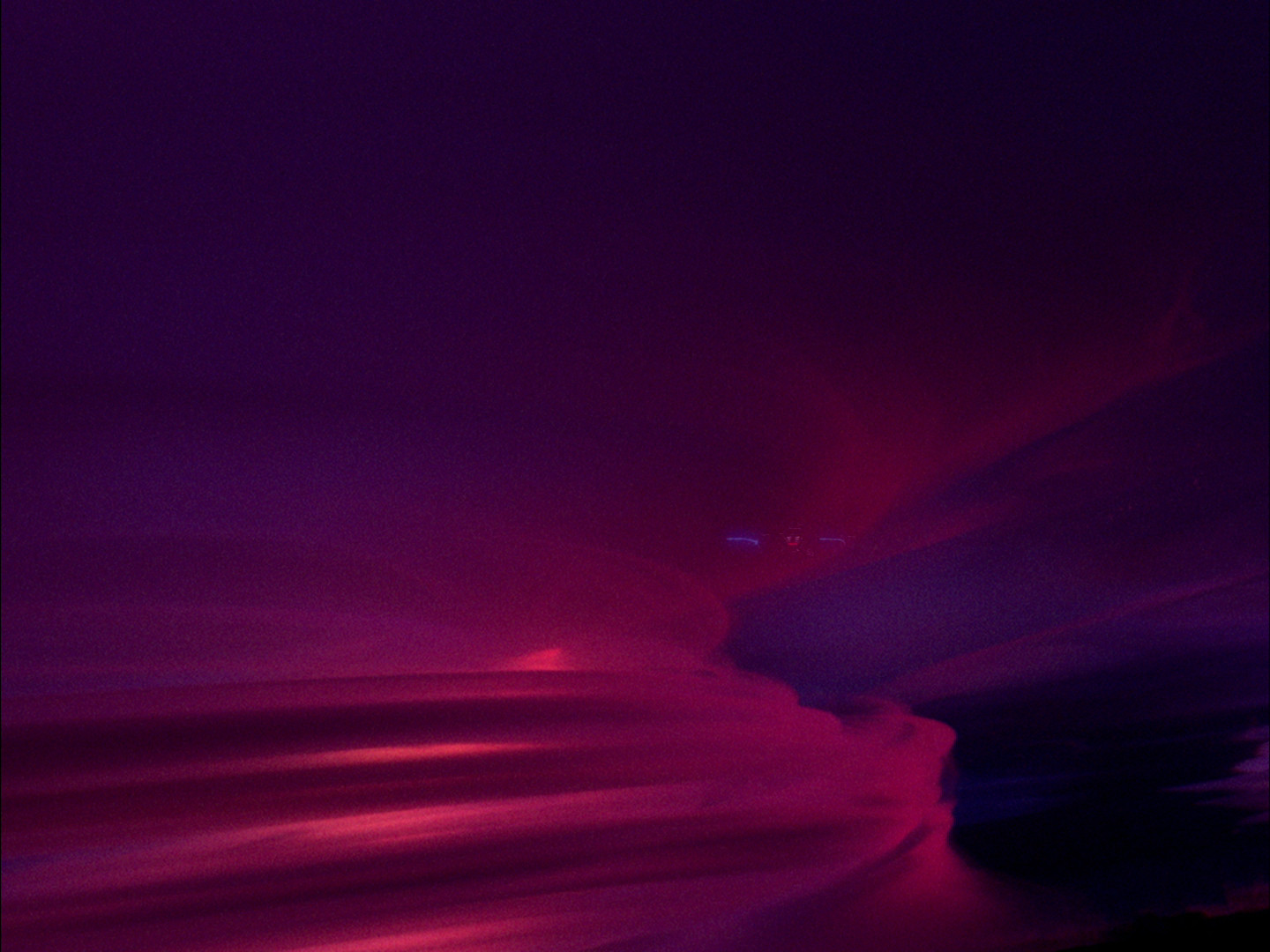 In the DS9 episode "Vortex" it becomes the Chamra Vortex. 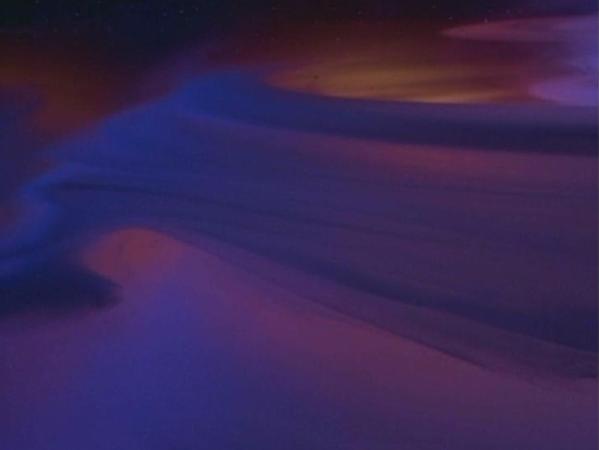 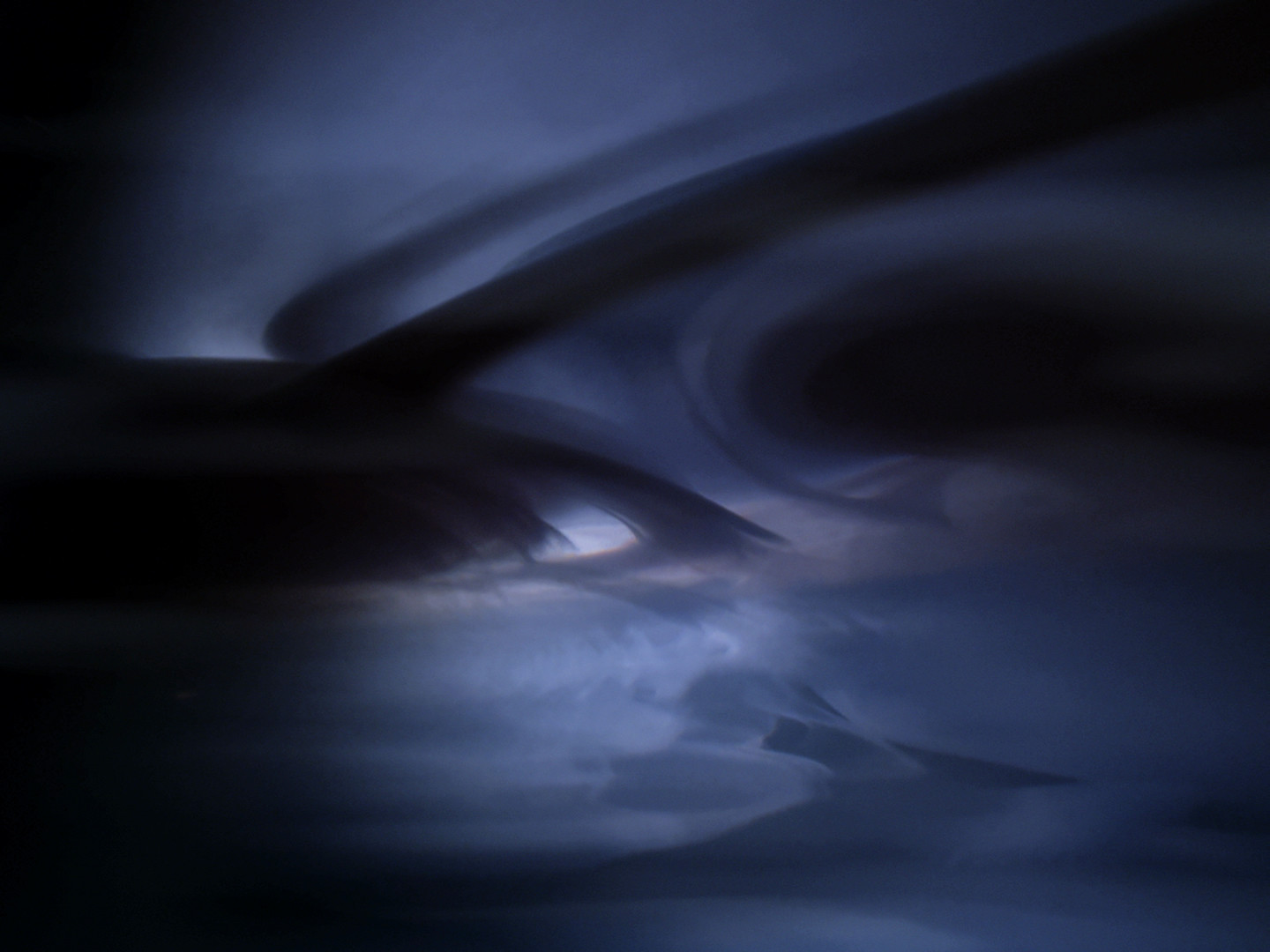 I'm sure people can find more examples of the Mutara Nebula being recycled.

Define "Star Trek". Not everything is full of nebulae. In particular, I'm thinking of the original series, which didn't have any nebulae.

(It is possible that they added some when the "enhanced" the original series with CGI, etc. I'll have to go check...but when they originally aired on TV, those shows were 100% nebula-free.)

Starting with "Star Trek: The Motion Picture", they started adding manymanymany colorful things, such as the clouds surrounding V'ger. By the time of "The Next Generation", this was already a well-entrenched part of latter-day Star Trek visuals.

Very simple. Star wars got it right (or at least, a bit more right than Star Trek). Nebulae are very faint and without a big telescope and long exposure, you don't see anything.

Compare this with any real-world picture of a planet (or the Moon). As long as you have a reasonably bright foreground object, the exposure is so short that not even stars are visible, let alone nebulae.

The luminosities of spaceships/planets, stars and nebulae are huge factors apart, and even in observational astronomy, unless you want to see a nebula, you won't see it. And if there are nearby stars in the same picture, they will burn out the image (you'll see the diffraction spikes and bloom around them).

Have you watch Star Wars Rebels: Secret Cargo? There is a huge nebula here.

Here's a well-known shot of a nebula (for some definitions of the word) in The Empire Strikes Back. 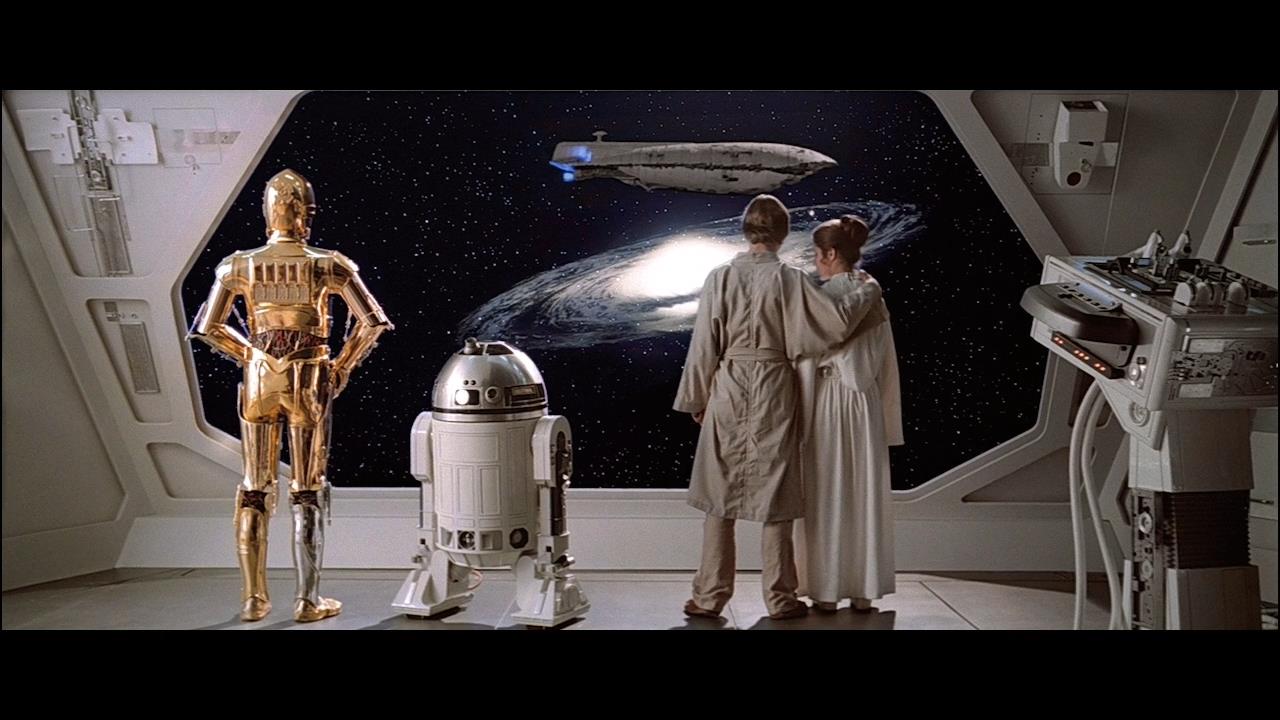 Since astrogators wouldn't be able to spot the asteroids in time ...

Guessing seriously, assuming that nebulae and asteroids serve the same McGuffin purpose of impeding ranging and navigation or wreaking havoc upon space vessels, rocks tumbling through space produce superior visuals while they are much harder to render convincingly. At the time when Star Trek took off, the F/X department could not handle the challenge or they were able to do so but only at prohibitive cost and time.

Unfortunately I do not have references to quote.

I'm thinking because Star Trek is all about weird stuff happening in space, and visual nebulae give a nice setting and visual for spacial anomalies and the like, whereas Star Wars isn't about that at all.

One Legends incident during the Yuuzhan Vong war is the Battle of the Black Bantha, which takes place in the eponymous "nebula". The Black Bantha is specifically identified as in a transitional state: it's a part of a nebula that soon, in astronomical terms, will finish collapsing into a star, but for now it's still dispersed enough to fly through. This gives it an appearance somewhat more like a traditional Trek nebula. (I assume this is still not particularly realistic, but it's an effort.) Even so, the nebula's nature is not particularly important to the battle; the main reason it's relevant is because the (non-threatening) nebula is accidentally marked as a much more serious navigation hazard on most maps, so it's something of a secret waypoint for smugglers.

Not the answer you're looking for? Browse other questions tagged star-wars star-trek space or ask your own question.

52
Where was the Rebel fleet's rendezvous point at the end of The Empire Strikes Back?