I've searched but I've not until now been able to find the title of a movie I saw in the 80's. The title sounds like "Outlaw" or "Out-something". It was a story that occurs in a base on a planet, a mining industry. There were drug problems... I remember that (in the intro), on of the effect of this (bad) drug leads an astronaut to open his suit (with lethal consequence) because he believed it was full of insects or something like take. 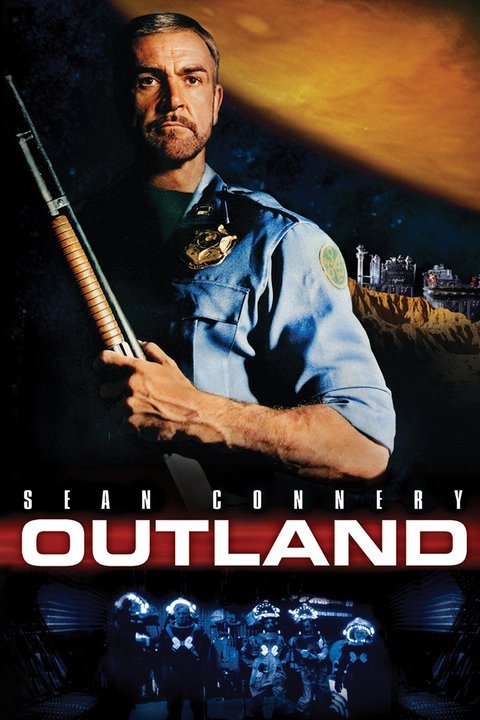 The mining takes place on Jupiter's moon of IO. However (spoilers):

the workers use drugs to help them work for days at a time. The drugs cause people to suffer from delirium tremens which makes them go outside without their suits, so that they die of decompression.

11
Scifi novel from 90's with AI, robots, and a holodeck-like room
14
Title of story about human astronauts who crash on an alien planet with lizard-like humanoids
14
Mining ships can only enter/exit planet by sacrificing prisoners
5
Story (novel?) about prison planet and drug addiction
7
Title ID- futuristic sci fi, driving from planet to planet
3
Book Identification-Mining Robots that evolve and develop emotions
8
Story that sounds a lot like the Iron Giant
18
Story about extraterrestrial interstellar spam