Did this Voyager character take his own life?

Note: For those who are interested in Voyager but haven't seen the final episode, I've taken the liberty of spoiler-blocking most of this question.

The final episode of Star Trek: Voyager begins in the year 2404,

10 years after Voyager's return to the Alpha Quadrant, where it had spent 23 years.

A little later in the episode, we learn that 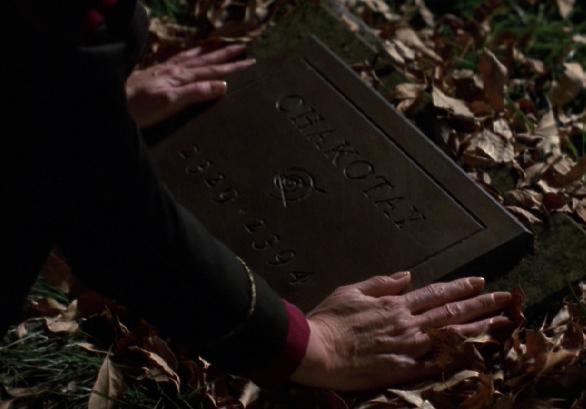 Much later in the episode,

Admiral Janeway explains to her past self that Seven of Nine had died in transit through the Delta Quadrant and that Chakoteya "was never the same" after Seven's death.

these deaths end up being erased by Admiral Janeway's actions, which bring Voyager back to the Alpha Quadrant after only 7 years instead of 23.

In the original timeline, prior to Admiral Janeway's actions, did

Chakotay take his own life? (He would have only been 65, which is still fairly young by 24th Century standards.)

The Memory Alpha entry on the episode only makes the following vague, uncredited comment on the matter:

The only thing that will make him keep his will to live after that [Seven's death] will be getting Voyager home. But once that has been done, he will not live long, dying well before his time.

The short answer (with a lot of backup info) is: no, he died because of 'a broken heart'

Stress-induced cardiomyopathy is a real thing, according to several sources, including the American Heart Association. Although in a future universe that can even cure the common cold, it would be possible to better diagnose this and treat it. But for story purposes, it was much more dramatic and interesting that the viewers learn that Chakotay had fallen so much for Seven, that it broke him when she died.

19
In Star Trek: Voyager's episode "Homestead", how did the Talaxians manage to travel so far from their homeworld?
17
Are escape pods capable of warp?
60
How did Voyager replace its photon torpedoes?
21
What became of the backup Doctor from Living Witness?
11
Why does Chakotay wear apparent lieutenant commander's insignia?
2
Wouldn't Capt Braxton have already destroyed Voyager before the events of "Relativity?"
12
How did Voyager encounter the Krenim so soon when Kes hadn't ascended?
14
What exactly happened at the end of Voyager: "Endgame"?
2
Why didn't the Voyager crew take the shortcut in Prime Factors, abandoning the ship?
17
Why did Star Trek: Voyager end in this manner?