I'm trying to find the book title(s) from a fantasy series. The last time I read it, it was about 10+ years ago. Not sure if the books are older or not.

Each book in the series, start in the future after some sort of apocalyptic event. The person finds a rift in time and travels (accidentally) through it. They find themselves in a world, not really medieval but sort of like it. It has wizards/witches etc.

The most notable thing is that families are allied with animals, they (people) even have several characteristics of the animals. Like one family is allied with wolves and another is allied with owls etc.

I'm almost certain it's not the riftwar saga, written by Raymond E. Feist. Don't have those books yet, so can't check them, but the descriptions I read online don't really match.

Name of the series is: The Wolfking series Author: Bridget Wood. (Which is a pen-name of Sarah Rayne)

The series consist of the following 4 titles: 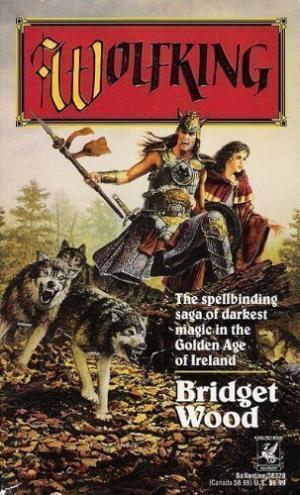 Life in Ireland after nuclear war is hard and colorless, governed by laws designed to curb the excesses that led to the Earth's near destruction. Among the war's legacies are eerily glowing patches of ground that, for unknown reasons, have become taboo. One such patch lies on the farm of Michael O'Connor, whose son Flynn dreams of Ireland's mythical past and yearns for Joanna Grady, who returns his longing. When Joanna is betrothed by her father to a pig farmer, she escapes into the Glowing Lands, followed by Flynn, who knows the truth--that the patches are gateways to the past. The fantasy that unfolds holds few surprises: it soon becomes clear that the two will succeed in returning the medieval Wolfking to his rightful throne. The pace, especially at first, is plodding. When Wolfking's enemies--the hideous Three Sisters of Muileann and the evil Erl-King--make appearances, the action picks up a bit, but some scenes are overly graphic, particularly one involving the cannibalization of live victims. This lengthy first novel finally winds down with a pat ending to a rather lackluster love triangle.

It mentions the life after a nuclear war and the glowing patches of ground, that are 'rifts' to the past. 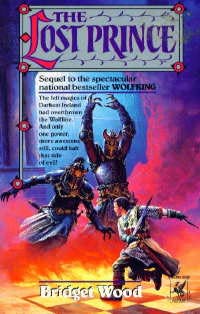 The evil wizard Medoc ruled from the Bright Palace, spreading the corruption of the Dark Ireland across all the fair land. The time had come for High Queen Grainne--great-granddaughter of the Wolfking Cormac and Joanna, the legendary Time Traveller--to drive the usurper from the throne that was rightfully hers. Grainne's armies made ready. Her generals plotted strategy. But against the wizard, their chance of victory seemed slim indeed. Then Fergus, head of all the High Queen's forces, proposed an astonishing mission. He volunteered to travel into the perilous Far Future. There he would harness the fabled Apocalypse--the only power strong enough to defeat Medoc's Dark Ireland! And while Fergus sought help in the Far Future, Grainne set off to find the ominous Castle of Shadow, the citadel from which travelers never returned. Something perilous was hidden there, something powerful--and Grainne was ready to brave any hazard to save her people from Medoc's malevolence... 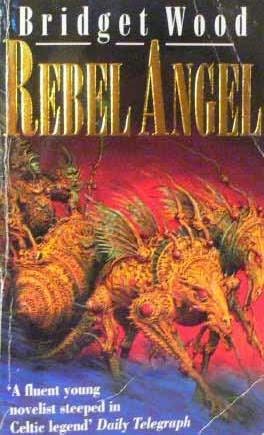 The time when the wolfkings ruled Ireland was over.

And so it seemed for the banished, bastard wolf-prince, Nuadu Airgetlam. He certainly did not want to reclaim his Irish throne from the tyrannical Giants of Gruagach, or to win back his beloved, Tara.

Tara has fallen into the clutches of the brutish Giants. She is their prey, soon to meet her doom...

Admist the turmoil of the realm, two outlandish humans Floy and Fenella are brought together to the timeless lair of Fael-Inis, the Rebel Angel. Now, with Nuadu and Fael-Inis's daughter, Flame, they must work tirelessly to free Tara from the giants and the evil Robemaker, who threatens all with his necromancy, and to save ancient Ireland from its indomitable foes...

This alliance, however, may prove too powerful for even this task.

Ireland awaits: will they be its saviour, or its killing blow? 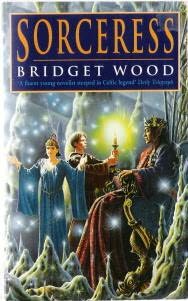 While the sorcerers are busy debating who should be their next leader, the Dark Ireland snatches her away. The flirtatious Rumour, accompanied by Andrew the monk, volunteer to rescue young Theodora.

6
Fantasy/Sci-Fi kids book: boy and telepathic owl/bird - in space/other planets setting
8
Humans colonize planet of animals that are actually sentient
13
Fantasy book I read in 2005ish where a empath/healer character is implied to also have a role of a more sexual nature
7
What children's fantasy series has furry hardback covers and stone-skimming dragons?
11
Post-apocalyptic novel about a post apocalyptic world and people surviving in a bunker