What are the jars of red and blue liquid in sickbay?

Throughout Star Trek: The Next Generation, jars of red and blue liquid are often seen in sickbay, like in this screenshot from Evolution: 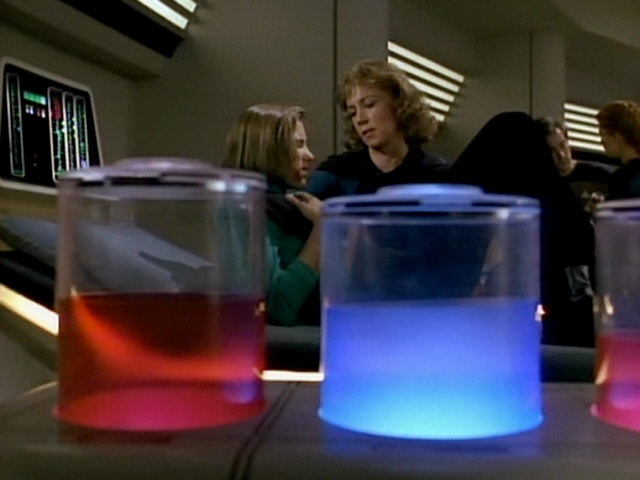 They seem to be the C24th take on pharmacists' carboys which are a traditional symbol of somewhere you can get medicine. They only contain coloured liquid. 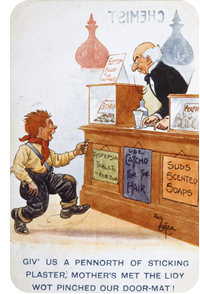 The carboy is a recognised symbol of the pharmaceutical profession. It dates back to the 1600s when they were used to distinguish between pharmacists and apothecaries who used a pestle and mortar as their sign.Some historians believe that they became more important during outbreaks of the plague in the 1600s. People needed to reach pharmacists quickly and literacy levels were low, the carboys were used as a guide.

Some carboys are made of coloured glass and others contain coloured liquids. They showed customers the purpose of the shop when few could read. The reason for their colourfulness was to attract custom. There are many explanations for the use of certain colours.

The reasons below have medical origins:

Speculation: The red one could be Cordrazine - as McCoy is shown with a hypo of red liquid identified as cordrazine in City on the Edge of Forever 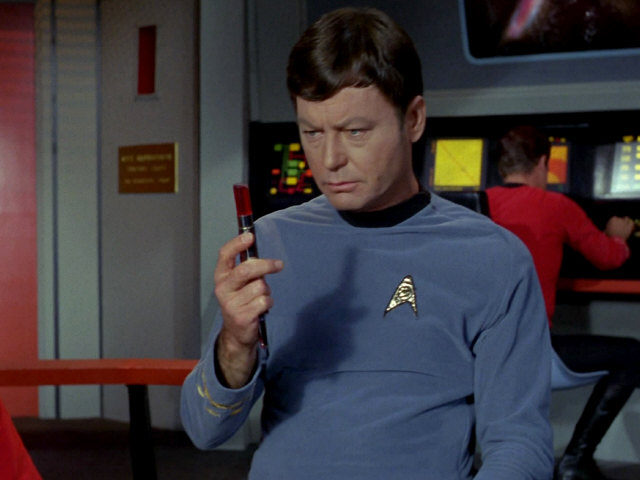 Cordrazine was a strong chemical stimulant useful for emergency medical treatment. It was primarily used to stimulate the heart during cardiac arrest. The drug was a red liquid and was injected with a hypospray. In 2267, Captain Kirk noted that cordrazine was "tricky stuff," (TOS: "The City on the Edge of Forever") but by the 24th century, it had become ubiquitous and was being used by physicians in much higher doses than in Kirk's day.

I always believed it was bio mimetic gel, it seems like a good explanation to me. You can’t replicate any complex medical chemicals without biomimetic gel.

17
Why does the Prime Directive not apply to Rubicun III?
21
What is the white flag outside of Starfleet Academy?
5
Why are the Borg different in Voyager and TNG?
15
What are these bowls of blue water in Star Trek TNG?
91
Is this Beverly Crusher?
22
What is the spike on Klingon boots for?
27
How many times did Picard tell Wesley to shut up?
0
What is the fate of Australia (and Antarctica) in Star Trek?