How did Grievous survive the Gungan attack?

In one scene of the Clone Wars, the Gungan Grand Army captured General Grievous by impaling him with a pike through the chest, then taking advantage of the opening created by the pain to shoot plasma balls to disarm and disable him long enough to impale him with more pikes through the limbs so that he can be carried away into custody. That first pike went through his body from front to back like so.

Recall that in Episode III it was revealed that inside his chest is the bag containing the liquids within which his organs - the sole surviving parts of his biological self besides his brain and eyes - are suspended. Obi-Wan killed him with relative ease by firing a shot that quickly burned him up (he literally disintegrated).

That pike that the Gungans ran through him must have penetrated his biological bag and punctured two holes into it - it's impossible for the pike to run through from front to back without damaging anything. So how is it that Grievous survived that without leaking his guts out?

General Tarpals missed. The staff was too far forward to pierce Grievous' internal organs and seems to have lodged between the armour and his organ sac. This damaged his electronics, but failed to deal him a critical blow. 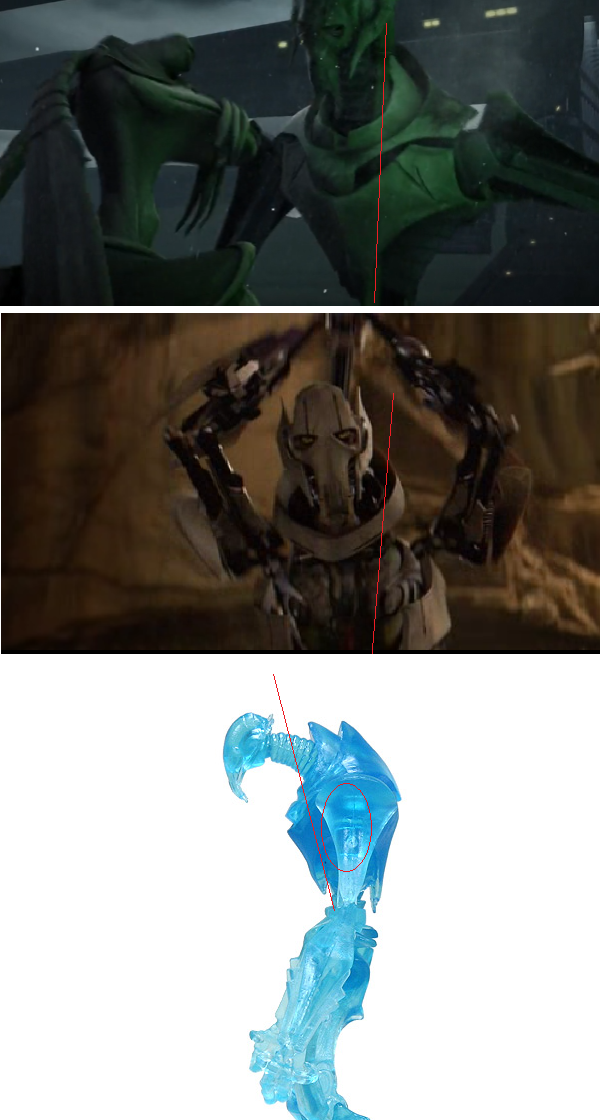 2
Why did Kenobi alert Grievous about ship's self-destruct?
9
How did Grievous abduct Palpatine?
4
How did Admiral Trench survive his bridge exploding in Star Wars: the Clone Wars?
2
Why did the Republic expect the Gungan Grand Army to be of significant help at Mon Calamari?
22
How did Palpatine's Chancellorship survive the Zillo Beast attack?
9
How did Padmé not recognize Jar Jar was a Gungan?
21
How does General Grievous survive in space?
0
What are the names of General Grievous' flagships?
5
How did the droids get through the Gungan shield?