Are there pre-warp civilisations within Federation space

Are there planets that have pre-warp civilisations in Federation space? If so, what happens when they reach warp capability? Does their planet and surrounding space no longer belong to the Federation?

The planet Malcor III was shown to be on the verge of developing warp in the episode "First Contact" (early in the episode a scientist from the planet asks her government for funding for a program to physically build a prototype design), so prior to that episode it would have been pre-warp, and it seems to have remained a pre-warp civilization afterwards since the government leader said at the end "The warp program will have to be delayed. We will divert more resources to education and social development to prepare for the day when we are ready".

I found Malcor listed here in an online index to the book Star Trek Star Charts, which says it's on p. 47 of the book, and when I checked that page in my copy I found that it did lie in the blue region that represents Federation space. Below is a scan I made--areas marked in blue are Federation territory, pink is the Cardassian Union, yellow is the Tzenkethi Coalition. Malcor appears at the bottom, just to the left of the Betreka Nebula, it appears to be in a blue region, and lies approximately between two starbases. 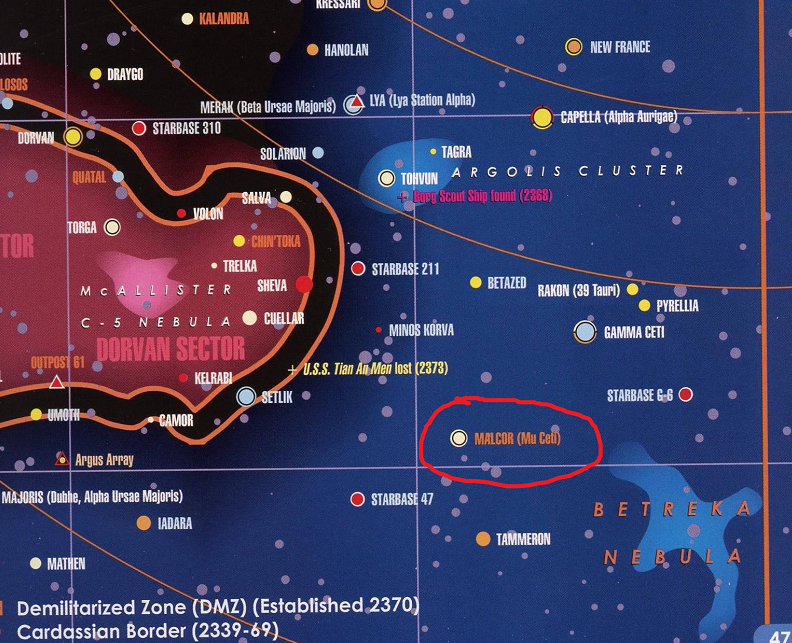 As for the question about what happens when they reach warp-capability, that's shown in the episode--information is gathered about their culture by disguised Federation officers (Riker in the episode), and then first contact is made (whether they would be offered Federation membership would probably depend on how peaceful and unified their planet is). From the transcript here, Picard tells the lead scientist on the warp project, "We've been monitoring your progress toward warp-drive capability. When a society reaches your level of technology and is clearly about to initiate warp travel, we feel the time is right for first contact. We prefer meeting like this, rather than a random confrontation in deep space." As for what happens if the planet wants nothing to do with the Federation, that's answered in this later exchange between Picard and the planet's leader:

DURKEN: And if I should tell you to leave and never return to my world?

PICARD: We will leave and never return. Chancellor, we are here only to help guide you into a new era. I can assure you we will not interfere in the natural development of your planet. That is, in fact, our Prime Directive.

Meanwhile, as I said in a comment, Kyle Jones' answer is incorrect--Mintaka III from "Who Watches The Watchers?" appears in the second fold-out map at the back of Star Trek Star Charts, which has an inset showing all of "known space", Mintaka lies out past the last of a set of concentric circles centered on Earth, and is well outside the blue area that represents Federation Space. Scan below--it's in the little bubble at the bottom right (click image to expand). 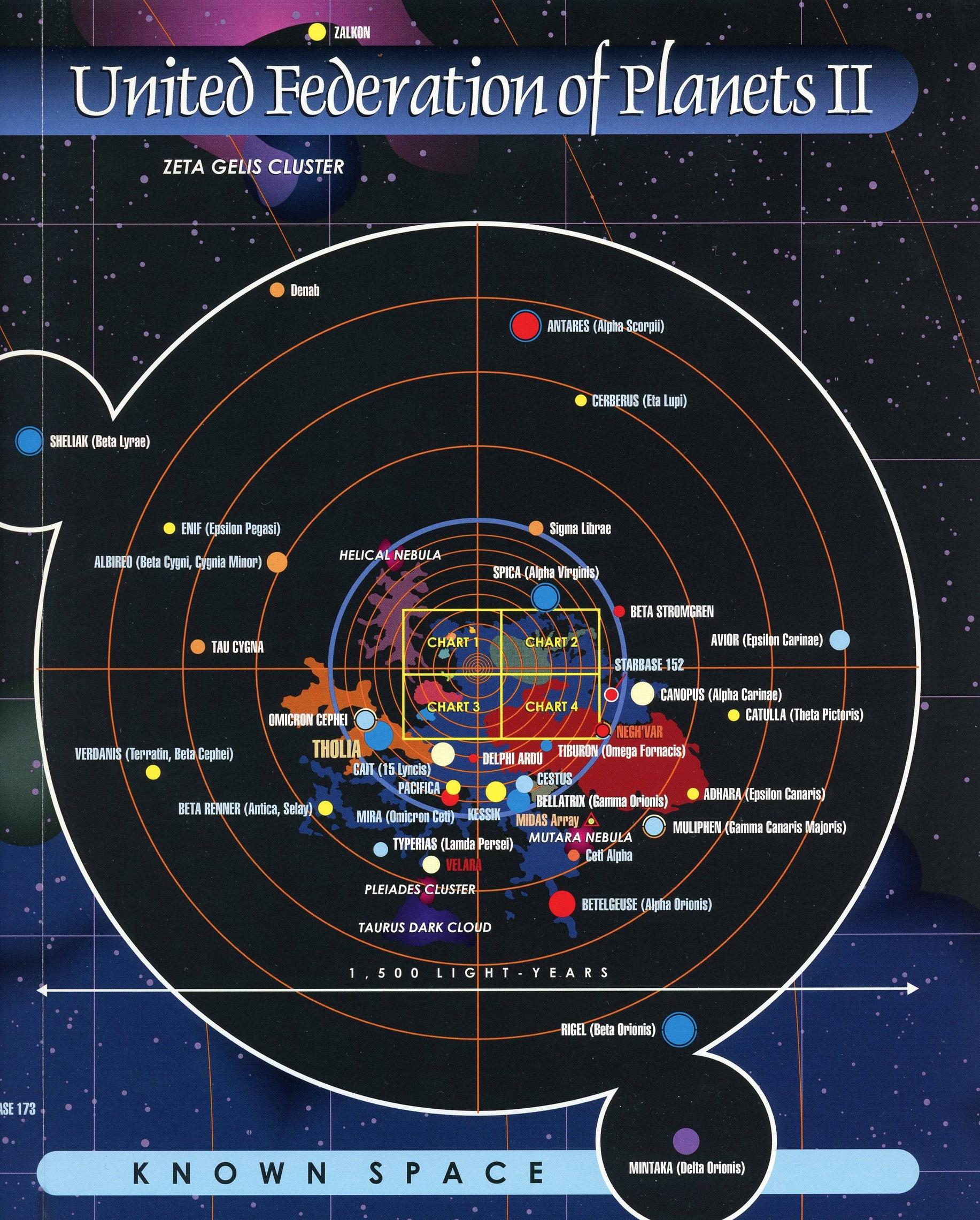 From TNG we know of at least one such planet, Mintaka 3, with its proto-Vulcan civilization. This planet was featured in the third season episode "Who Watches the Watchers?"

The Federation has a policy of strict non-interference with pre-warp cultures, which precludes them owning non-aligned planets with such cultures on them. As we saw in the fourth season episode "First Contact" the Federation positions observers within a culture years in advance if it looks like that civilization is about to venture out into space at warp speeds. Again, this is not to claim or renounce any sort of ownership, but rather to prepare to make first contact and welcome the civilization into a larger galactic civilization.

Just because a planet is within the territorial boundaries of Federation space doesn't mean that the planet "belongs to" to the Federation, regardless of its level of technological development. As a pre-warp society, it would presumably be under Federation protection from outside influence so that it can develop as it will. "Post-warp", it would either be a Federation member with all attendant benefits and obligations, or a non-member where there would still need to be some form of treaty that both respects the world's sovereign status and obligates that world to not interfere with Federation activities occurring beyond some territorial limit.

Given the structure and laws of the Federation (their high standards for entry), their space has to enclose many inhabited worlds that do not belong to it because they either don't qualify for membership or aren't even inclined to apply for it. I doubt they claim the stellar system of an inhabited non-member world even when it's a pre-space-travel society but they may very well claim the space between the systems, meaning that one of the selling points for joining the Federation is that it gives the new member less restricted access to interstellar travel. First Contact did in fact show us how the Federation handles a society's transition from pre-warp to post-warp when a planet is deemed to be otherwise qualify to be offered Federation membership. There seems to be an assumption in TNG that planets like Earth who achieve warp drive before political unity are the exception, not the rule due to Star Trek's Planet of Hats tendencies.

In cases where planet achieves warp drive without political unity or under a dictatorship then I suppose the Federation would probably make diplomatic contact with the parties who have warp drive and subtlely steer them toward democracy and unification.

14
Why does the Prime Directive not apply to Rubicun III?
23
Who is bound to the Prime Directive?
10
Are there any societies that had warp capability and then lost it?
15
How long does it take to cross Federation space?
0
How can a single-planet species pose a threat to the Federation?
8
Has there ever been a warp / non-warp collision?
8
Could Starfleet make first contact with pre-warp exploratory species?
3
Technology sharing with new members in the United Federations of Planets?