Does the galactic civilisation in Star Wars have a policy towards primitive races?

During the Clone Wars, the Talz species was discovered on Orto Plutonia, a native sentient species that is still living in near-prehistoric hunter-gatherer tribal societies. Contact with then is unavoidable since their existence was unknown when the local Republic base was established. By the Imperial era, however, they can be seen hanging out in Mos Eisley's cantinas.

This brings me to the general question: when it comes to newly discovered species that have not reached the space age on their own (ie primitive), does the Republic/Empire have policies, tenets, laws, whatever dictating how they should be handled?

I ask this because many other science fiction spacefaring civilisations have such policies in place.

I am going to turn my comment into an answer...

TL;DR No official policy in known, but actions seen would suggests that the Empire is not concerned with their advanced technology being known to "lesser evolved" species.

In Episode VI: Return of the Jedi we see various members of the Rebel Alliance (Han, Leia, et al) embark on a mission to the Forest Moon of Endor to destroy the shield generator protecting the Death Star II. During this mission the native species of Ewoks were encountered.

UPDATE: Wookieepedia suggests that the Empire did not care at all about the natives:

In order to make way for the complex, an Ewok village would be razed by Imperial troops, leading to strained Imperial—Ewok relations

I would say that the Ewoks can be classified as "native sentient species that is still living in near-prehistoric hunter-gatherer tribal societies" based on the their attire, weapons, structures, and society. 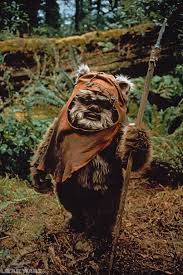 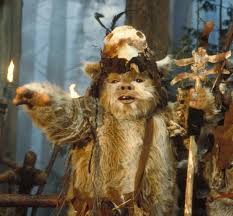 Construction on the Death Star II began in 0 BBY as our own sources tell us: Were there two Death Stars in construction at the same time? The Battle of Endor occurred in 4 ABY. This would mean the Empire would have been in contact with the Ewoks for +/- 4 years, depending on when the base for the shield generator was built.

The Empire is not shown to have take any protective measure to hide the base from the Ewoks as it can be clearly seen above the tree line. 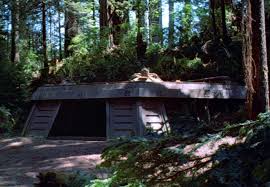 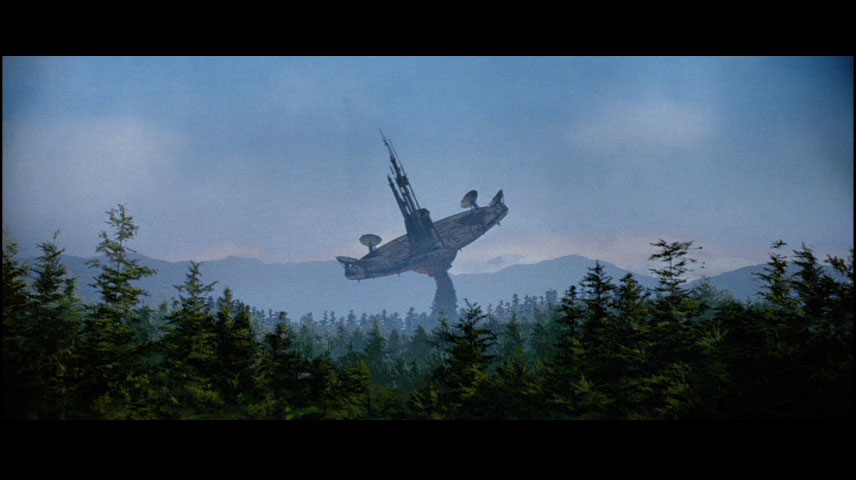 We also see that while the Ewoks are primitive they show great intelligence and ingenuity when building the elaborate traps to defend against the Empire. Also, the Ewoks may have had previous interactions with the local detachment of Imperial troops as we see an Ewok jump on a speeder bike and quickly figure out how to engage it. 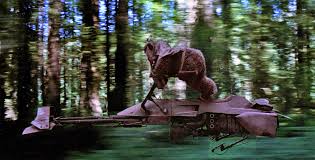 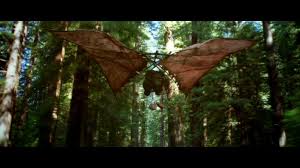 While no official policy has been seen or heard of, this interaction with the Ewoks would suggest that the Empire is not concerned with their superior technology being seen by "lesser species". One would have to wonder if the intent is rule the entire galaxy why they would be concerned...

Compare this with Star Trek who mission is essentially to "observe and report"; the Prime Directive makes sense in their universe.

49
How did C3PO know the Ewok Language?
46
Were there two Death Stars in construction at the same time?